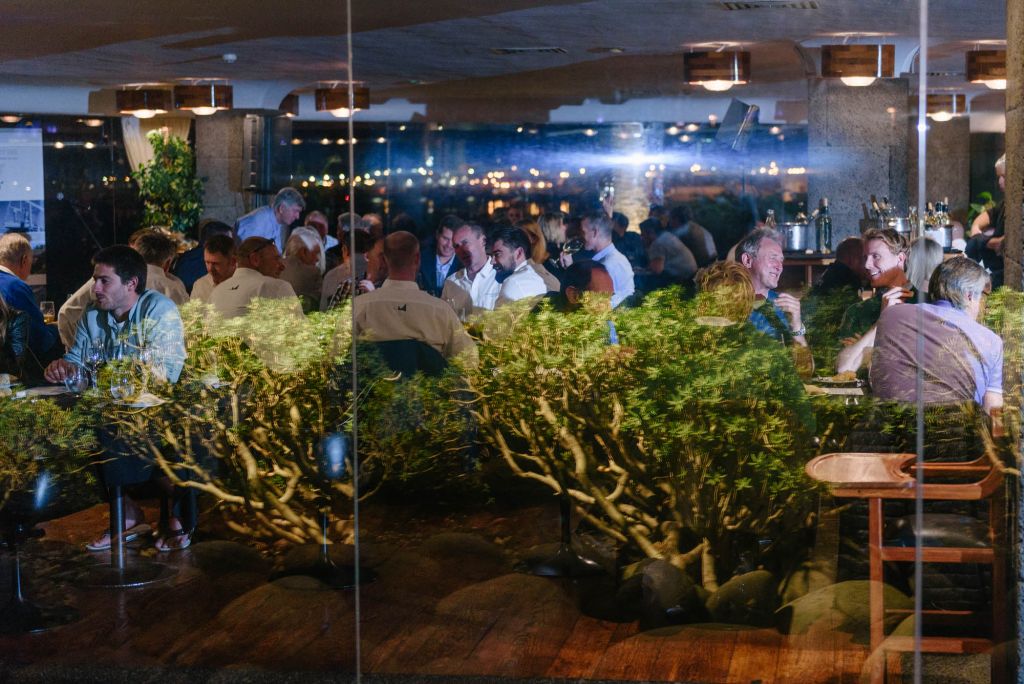 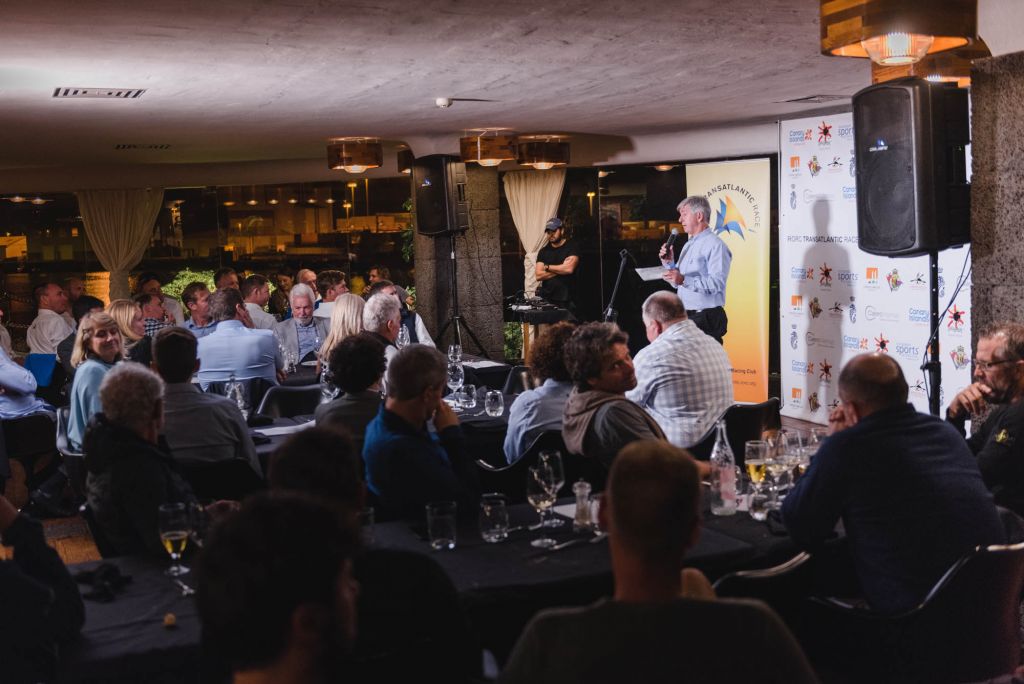 During the meal, each team was invited up to have a group photograph and was presented with a gift basket of local produce. José Juan Calero from Calero Marinas explained that he is proud and honoured to be associated with the race and the club:

“Thank you to the Royal Ocean Racing Club and to all the teams from around the world who have come to participate in this prestigious Atlantic race. I wish you a good, safe crossing and an enjoyable race.” 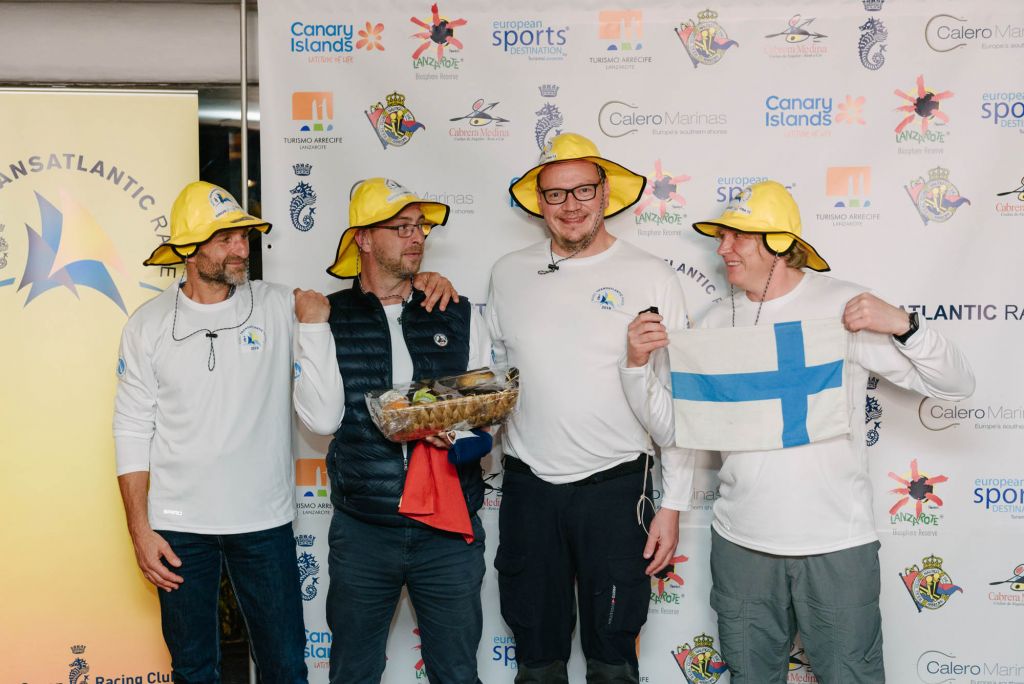 The crew from Class40 Sirius © RORC

A press conference was held ahead of Saturday’s start of the 3,000 mile RORC race to Grenada. Acknowledging that the RORC Transatlantic Race has helped put ocean racing on the map for Lanzarote and the Canary Islands, José Juan Calero, representing Calero Marinas and RORC CEO, Eddie Warden Owen thanked representatives of the Canary Islands and Lanzarote Government, Tourism Office and Arrecife Yacht Club for their support and all the teams for taking part, especially those from Spain who were present at the media event held in Marina Lanzarote. 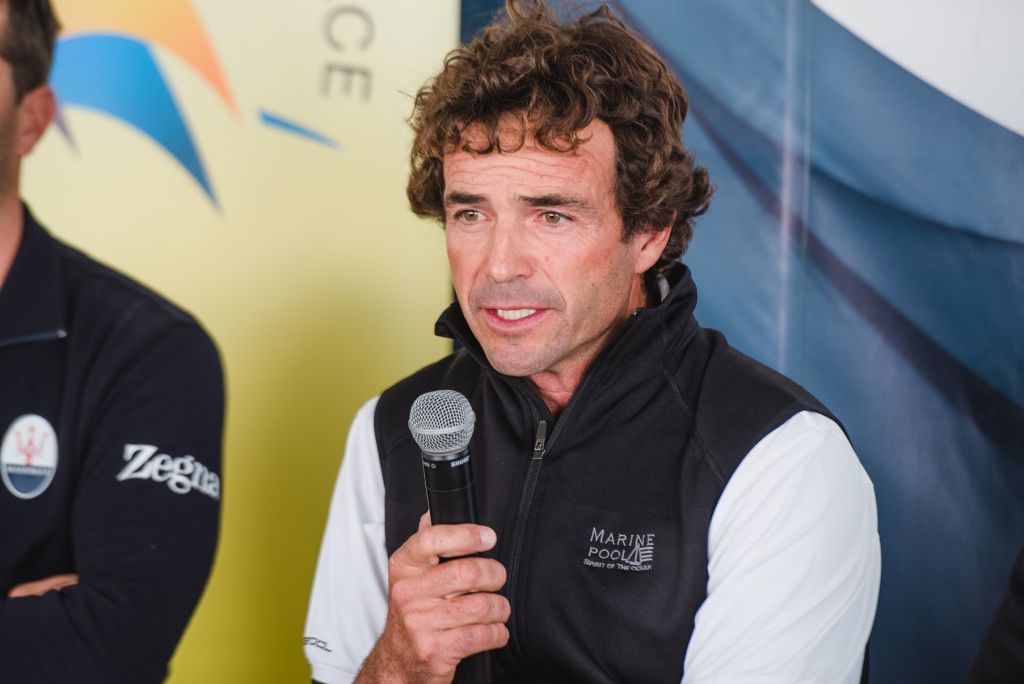 Known throughout the world as ‘Chuny’, Roberto Bermudez de Castro is one of the best oceanic sailors in Spain. His track record includes seven Volvo Ocean Races, including a spectacular victory with Abu Dhabi in the 2014-15 edition, giving him a well-deserved place in the history books of this and other regattas. The skipper of Kuka 3 (SUI) in the RORC Transatlantic Race cannot remember how many times he has raced across the Atlantic, but today, he was interviewed at the Press Conference for local and visiting media, along with the Cookson 50’s owner, Franco Niggeler. Top Canarian sailor, Carlos Hernandez Robayna, trimmer on Giovanni Soldini’s Multi 70 Maserati, which is competing for the second time, also explained what he’s looking forward to in the 5th edition of the RORC Transatlantic Race setting off from Marina Lanzarote at midday on Saturday 24th November.