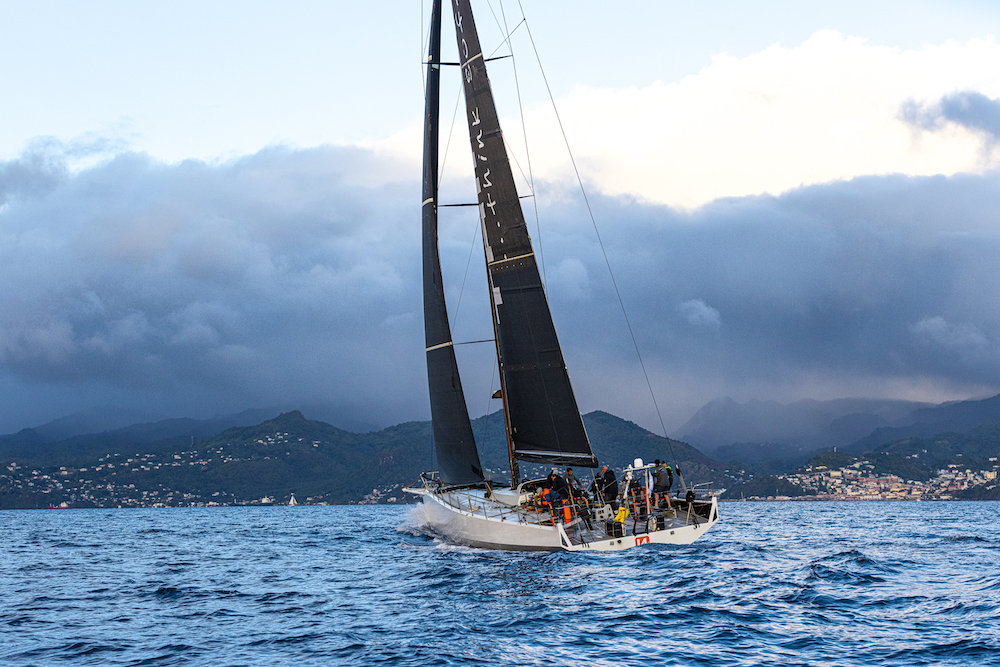 The L4 Trifork team had a warm welcome at Camper and Nicholsons Port Louis Marina, as every boat can expect in the RORC Transatlantic Race. Marina Manager Zara Tremlett and her staff provided ice cold beers and the Grenada Tourism Authority, represented by Chinel Sandy, presented L4 Trifork’s Joern Larsen with a basket of Grenada produce to welcome the team to Grenada. Andrew McIrvine, Secretary General of the IMA and RORC Race Officer Steve Cole were also on hand to congratulate the team.

“It has been a long ride and we have had all kinds of weather along the way, especially when we went north into cold weather and up to 38 knots of wind,” commented Joern Larsen. “It is a relief to get here and the race has been an absolute pleasure. In total with this trip we have raced 4,000 miles in under 10 days and next we will do the RORC Caribbean 600. The boat is now part of the Trifork family. We take out Trifork employees, customers and partners to have a special experience. It is the first time I have come to Grenada and it warms my heart to have presents from local people, we love it.” 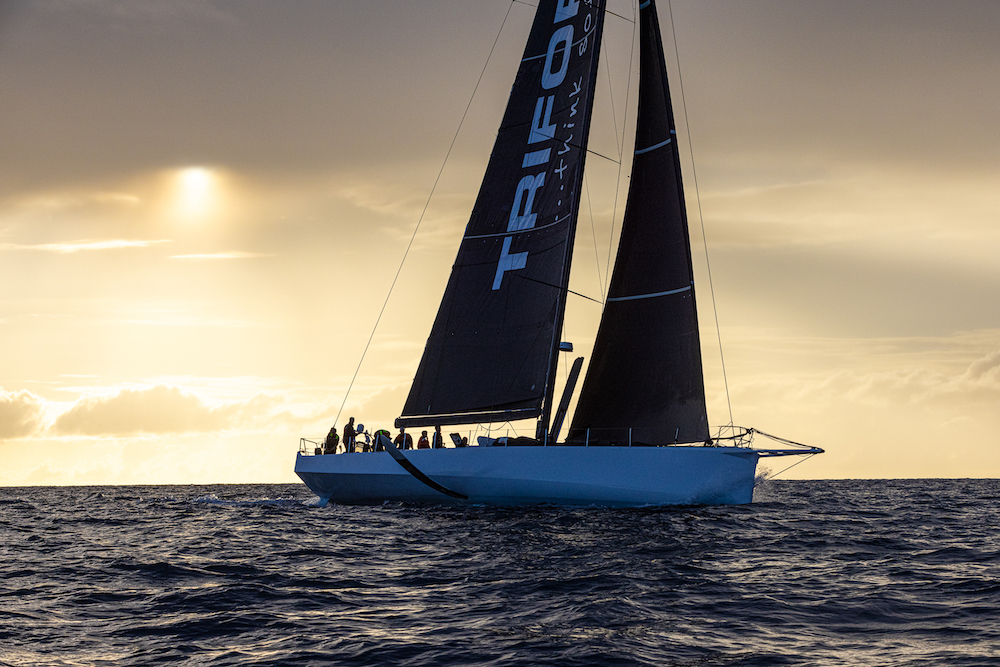 Above - “It is a relief to get here (Grenada) and the race has been an absolute pleasure. It is the first time I have been to Grenada and it warms my heart to have presents from local people, we love it.” says Joern Larsen on L4 Trifork © Arthur Daniel/RORC 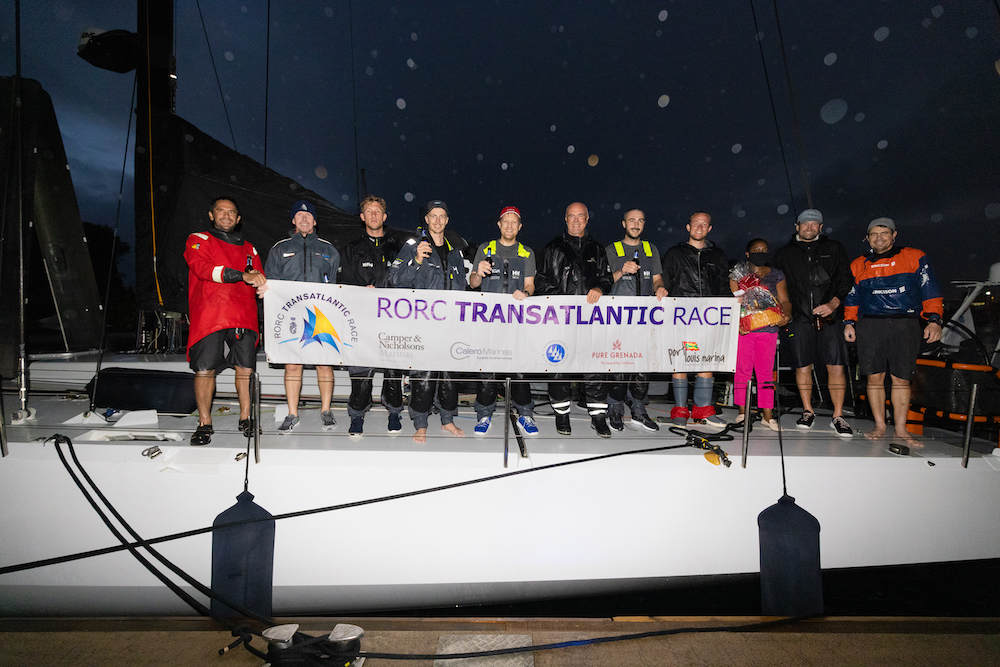 L4 Trifork was originally Ericsson 4, the Juan K design that won the 2008-09 Volvo Ocean Race. Many consider Ericsson 4 as the best Volvo 70 ever built. The original intention was for L4 Trifork to be a fast cruiser, but working with boat captain Jens Dolmer, L4 Trifork has been modified into a turbo-charged offshore racer with a longer bow sprit and side foils. Race tactician Bouwe Bekking explains the concept behind L4 Trifork: 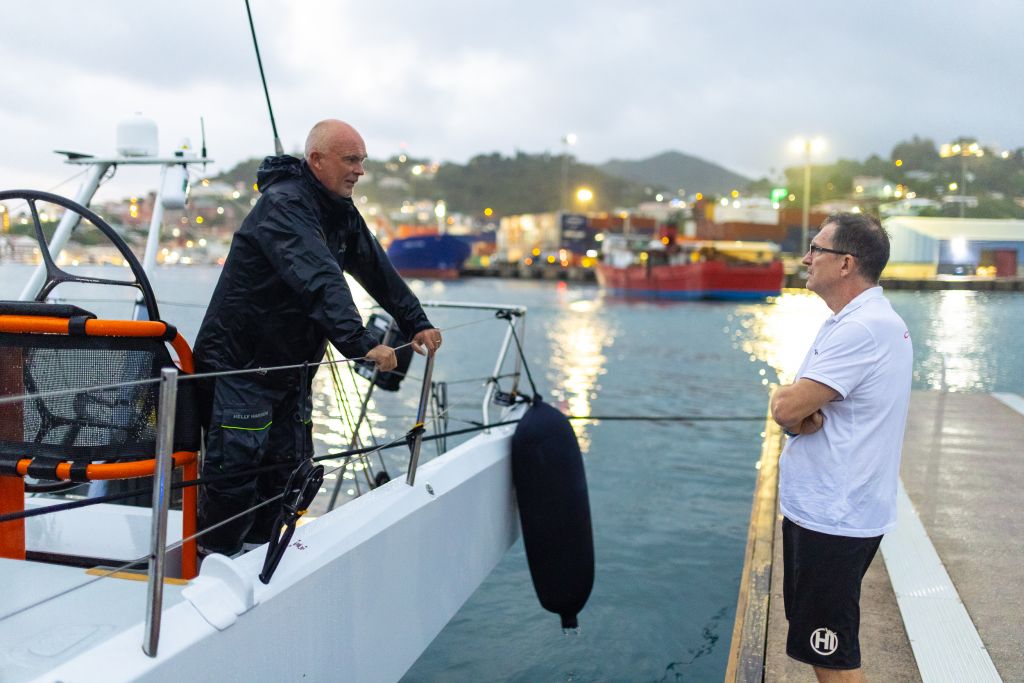 “We had a good game plan, but Comanche is an amazing boat. Maybe if we didn’t have the rating hit for the side foils we would have been there on (IRC) corrected time,” commented Bouwe Bekking dockside. “But the owner doesn’t give a damn about the rating, the goal is to be the fastest 70-footer and we have achieved that, as we hope to also in the RORC Caribbean 600. It is always fun to race these boats and all credit to the experienced crew, and Jens Dolmer who has done a fantastic job preparing L4 Trifork. We didn’t have a single breakage. This boat is an animal and if we don’t keep in control, it can be dangerous.” 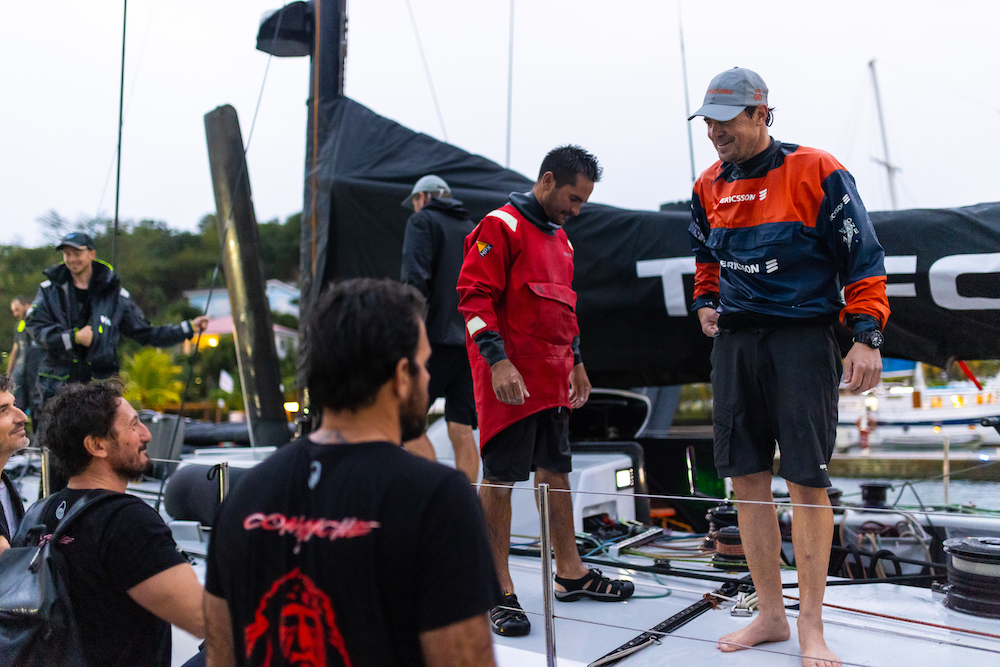 L4 Trifork’s navigator is Aksel Magdahl. The Norwegian was part of the two-boat Ericsson campaign in the 2008-09 Volvo Ocean Race, as were many of the L4 Trifork crew. Aksel explains the complex weather for L4 Trifork in the RORC Transatlantic Race:

“This was not a typical transatlantic race. For a fast boat usually you would head a little north to find a front and get the speed. For this race, we literally made a 90 degree turn north; after two days racing, we were almost the same distance to the finish. It was aggressive, but for us there was no real alternative to the south. We sailed north of the low and it followed us as forecast. 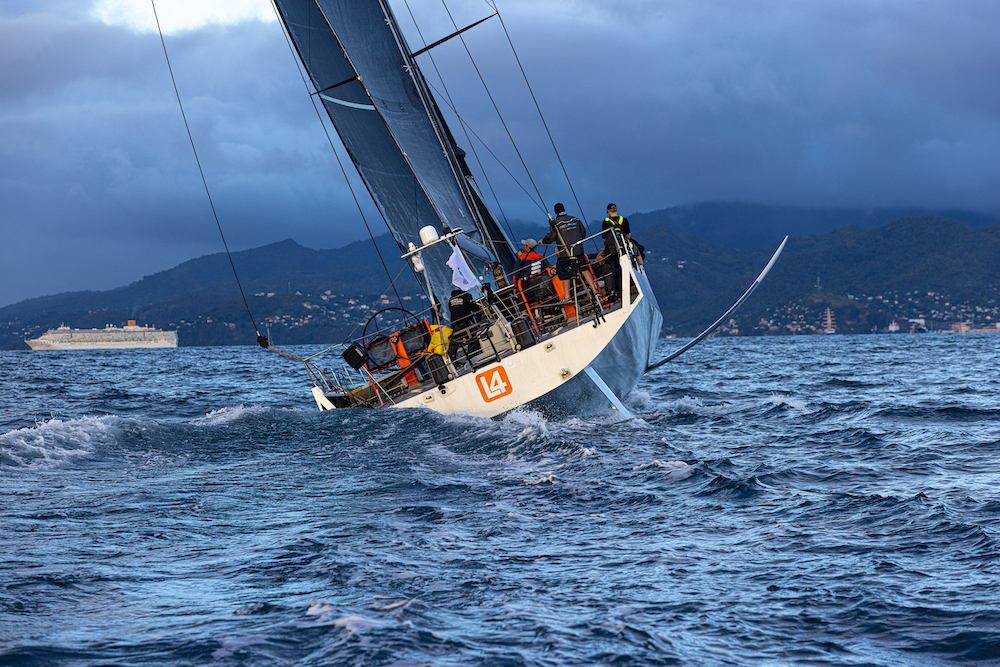 Photos: Top, left - Bouwe Bekking discusses the race with Will Oxley (Comanche); Top, right - Great camaraderie between the teams as the crew of Comanche welcome L4 Trifork on the dock; Above - Volvo 70 L4 Trifork makes her way into Port Louis Marina, Grenada after crossing the finish line. All photos © Arthur Daniel/RORC

“After the first low, it got really interesting. Before the start we knew about the second low coming and had a plan, but after we set off, we saw a third low coming and we thought what are we going to do with that? We decided to stay north to get to the downwind side of it, but the path of this third low looked quite unpredictable. My real worry was that if we went south we would come into headwinds and if we sailed north we would then have few options to reach down. A southerly route opened on the modelling and we took it and we had a reasonable chance of catching Comanche (on IRC corrected time).

“As a crew, we had a quick chat as we approached the finish about what time we had ‘left behind’. If we had changed the plan or known the boat a little bit better, maybe we would have been two hours quicker. All credit to Comanche, they have a great boat, excellent navigator and a team that sail the boat well,” concluded Magdahl. 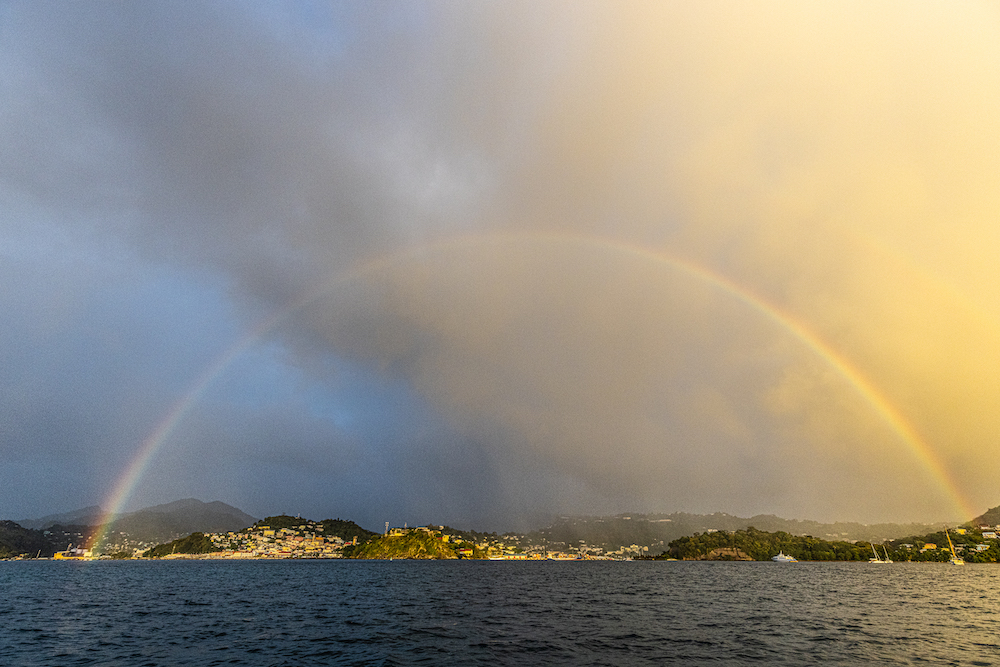