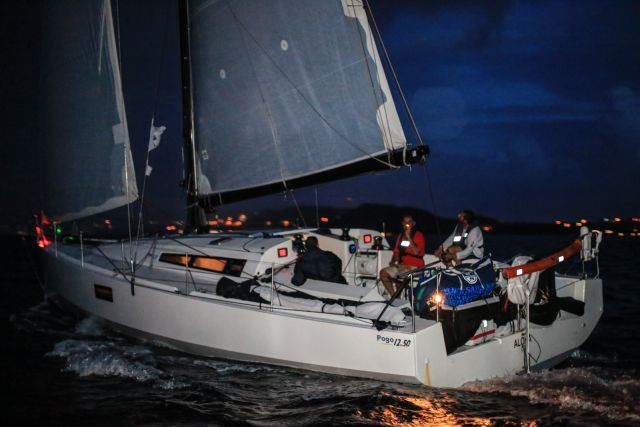 Torrential rain accompanied Aloha's arrival in Camper and Nicholsons Port Louis Marina. However the tropical squall did not dampen the enthusiasm of their welcome to Grenada. RORC Racing Manager, Nick Elliott congratulated Maurice and the crew dockside, as did the Manager of Port Louis Marina, Glynn Thomas and his duty staff. Nikoyan Roberts, Nautical Development Manager at the Grenada Tourism Authority presented Maurice Benzaquen with a basket of Grenadian goods including Westerhall Rums, Grenadian Chocolate and local spices and condiments. 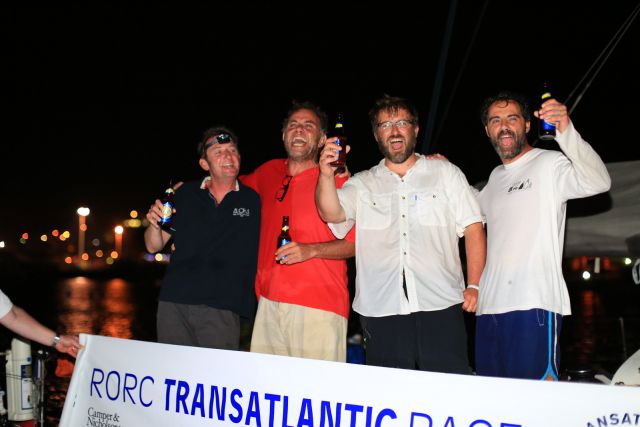 “What a perfect gift!” smiled Maurice. “Thank you so much. We have run out of everything! I have known these guys for a long time and my dream was to sail with them for a transat and it has been more than a dream to do this; they are so skilled and experienced, so it has been a real pleasure for me. At the start of the race we could see that we could compete with the bigger boats on IRC, but after four days we ran out of wind and we thought that was the end. However, afterwards we realised that it was possible and we were pushing very, very hard. We were all good friends before the race and even more so now.” 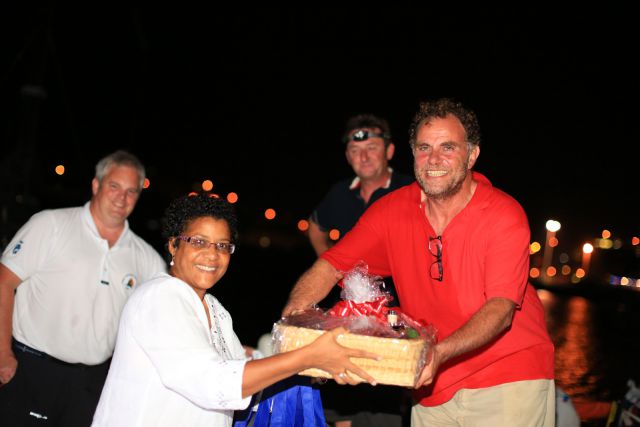 Aloha's celebrated arrival in Camper and Nicholsons Port Louis Marina means that just one boat remains at sea, Chris Frost & Elin Haf Davies J/120, Nunatak. At 1200 UTC on Monday December 14th, the Two-Handed team had until just under 24 hours to complete the race to take the overall lead after IRC time correction, but with 540 miles to go, that is an impossible scenario.

Jean-Paul Riviere's Finot Conq 100, Nomad IV will be awarded the RORC Transatlantic Race Trophy on December 18th. Chris and Elin are still pushing Nunatak hard, the incentive is to make the prizegiving and at their current speed, they will achieve that. Elin contacted the RORC Media team on hearing of Aloha's arrival by satellite connection:

“We hear that all the other boats are now in! A huge congrats to all. I hope that you enjoy much deserved land celebrations – but please do save some rum for us! Even accounting for boat size, design and crew size, it’s fair to say that both of us are a little bit disappointed that we are last by soooo many miles. Having said that, our objective for this race was always about just getting across, and getting the experience for future campaigns – which has been just perfect. We now expect to be in by the 17th and our prize will be getting there in time to party at prizegiving night as Louay (Habib) has promised that he’ll buy all the drinks! Our other objective was to raise much needed awareness about our nominated charity, Findacure www.findacure.org.uk.”