Deprecated: Function create_function() is deprecated in /home/customer/www/rorctransatlantic.rorc.org/public_html/media/widgetkit/widgets/lightbox/lightbox.php on line 49
 Laying down the gauntlet for the third RORC Transatlantic Race | 2016 Race Updates | Archives
Tweet 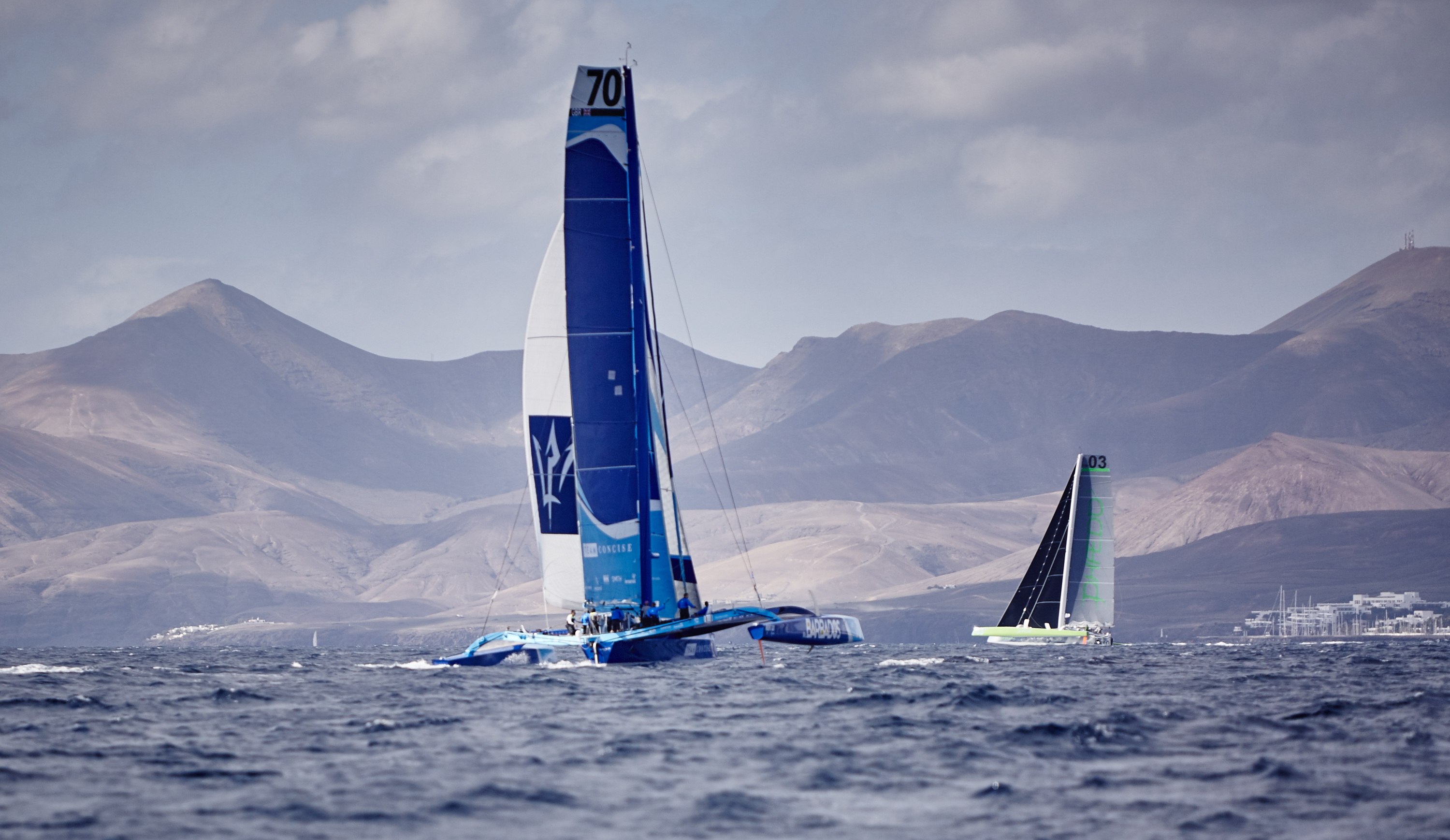 Concise 10 and Phaedo3 will be back in 2016 to duel it out once again in the RORC Transatlantic Race, but this year they could have more competition © RORC/ James Mitchell.

The 2,995 nm RORC Transatlantic Race will be welcomed back to Marina Lanzarote, situated in Arrecife where the 'lunar-like' volcanic mountains provide a spectacular backdrop to the start of the race from the most easterly Canary Island. Race hosts are the well-known Calero family who are no strangers to race boats and major regattas. They have organised a full week of hospitality and parties before the start of the race which will keep the race crews fully entertained.

The highlight for most crews is the arrival and warm welcome received in Grenada, where Camper & Nicholsons Port Louis Marina will be hosting the fleet once more, along with the continued support of the Grenada Tourism Authority. The beautiful tropical spice island is also famed for its dive sites, including the world's first underwater sculpture gallery at Molinere Bay. The prizegiving will be held on Friday 16th December, giving crews enough time to enjoy everything the island has to offer before Christmas, or to join in the Caribbean regatta season on their way to the RORC Caribbean 600 in February 2017. 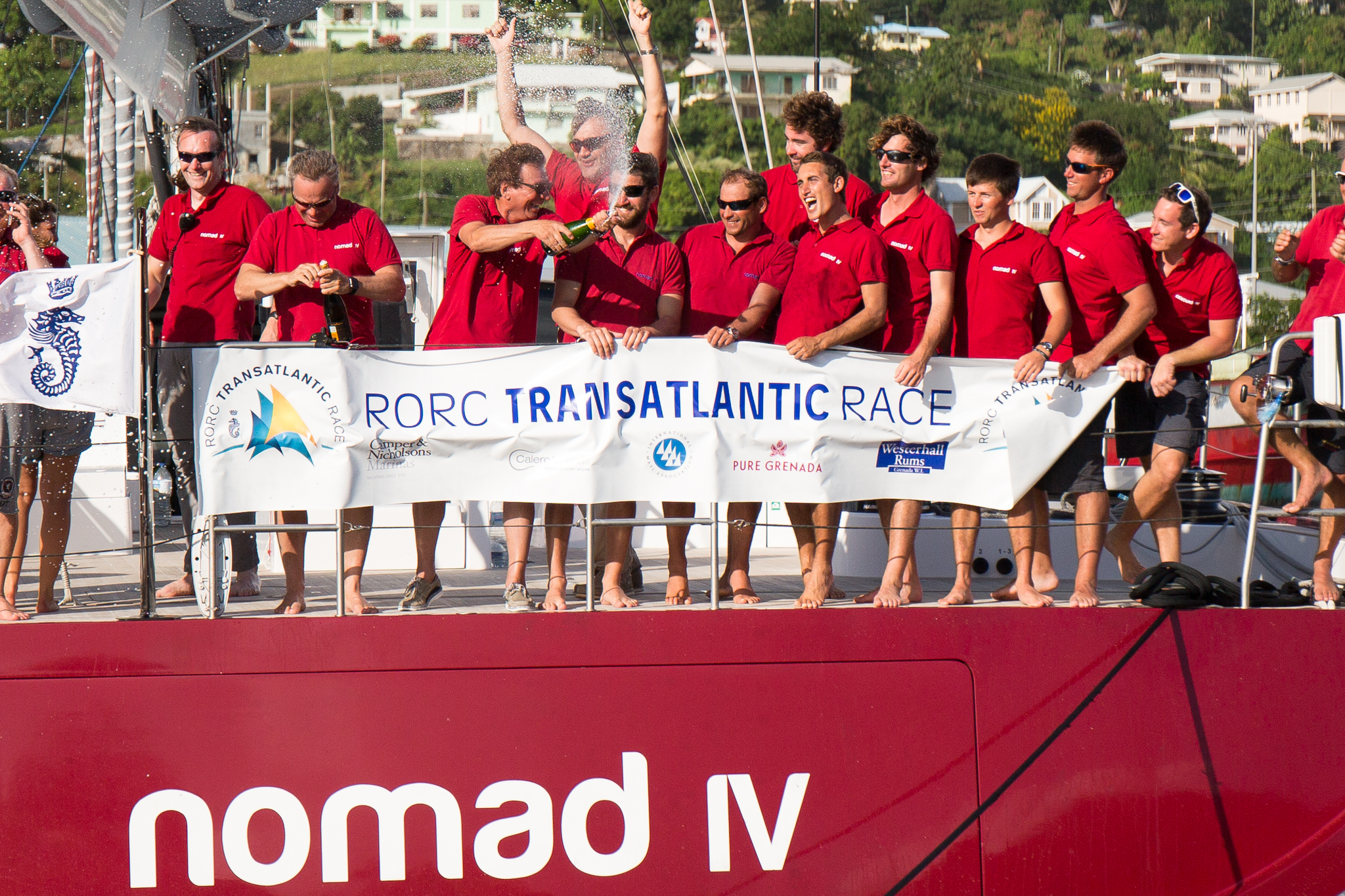 Several yachts have expressed their interest in the race and intend to compete in the 2016 edition. Returning for the third consecutive race will be the Southern Wind 90, Windfall and Jean-Paul Riviere's 100ft Finot-Conq, Nomad IV who won IRC overall in the 2015 race, along with the IMA Trophy for monohull line honours. Nomad IV also set a new monohull record for the RORC Transatlantic Race in the same year.

"Full congratulations to the RORC for promoting an east to west transatlantic race which has proved a success in the last two years. Leopard is hoping to compete in the event and would be keen to attack the record set last year by Nomad IV of 10 days 07 hours 06 minutes and 59 seconds to add to our other Atlantic records," exclaims Slade. 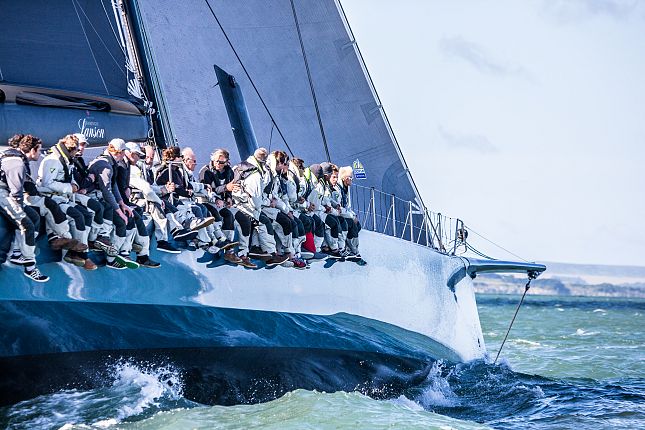 The on-the-water MOD70 battle looks set to continue between Lloyd Thornburg's unstoppable Phaedo3 and Tony Lawson's Concise 10, skippered for the past eight years by 28-year old Ned Collier-Wakefield of Team Concise. Both record-breaking crews have registered their intent to repeat the MOD70 duel after match racing across the Atlantic in last year's race.

Hotting things up is the possibility of Sidney Gavignet's Musandam-Oman Sail joining the race. Oman Sail's flying machine recently claimed multihull line honours, taking over 2 hours off their existing record and setting a new world record for the fastest-ever sail round Ireland in the Volvo Round Ireland Yacht Race - with Phaedo3 and Concise 10 minutes behind them!

Following the recent launch of Giovanni Soldini's newly refitted semi-foiling MOD70, Maserati, the Milanese navigator seems to also have his sights set on smashing records such as the RORC Transatlantic Race in a bid to continue his record breaking campaign. Watch this space, as it will be huge battle by the four MOD 70's for the first to arrive in Grenada. 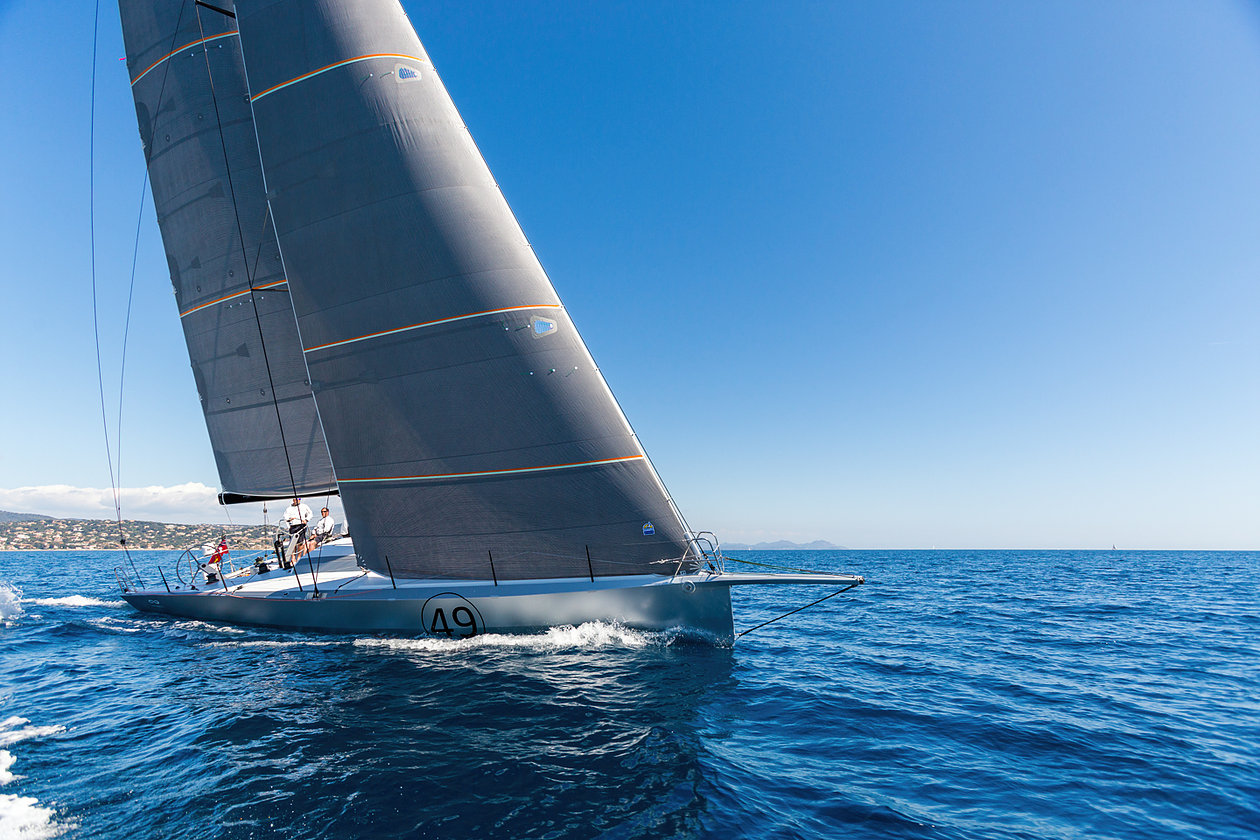 It's not all about super-maxis and trimarans though, as the last two editions of the race have attracted highly competitive boats from the smaller end of the fleet, such as Class40s and several Two Handed teams. This third edition is set to follow in the same mode.

The first boat to enter the 2016 RORC Transatlantic Race was James Heald's Swan 45, Nemesis and he will have good competition from Ossie Stewart's Dufour 45, Island Girl. Veteran Olympic sailing medallist, Stewart last crossed the Atlantic in 2014 with the ARC. This time they are hoping to cross with the RORC Transatlantic Race and have big aspirations of a podium position before taking on another season of racing in the Caribbean. Rónán Ó Siochrú's Sun Fast 37, Desert Star is also hoping to be on the start line and the Principal at Irish Offshore Sailing has a wealth of offshore experience.

Two new boats to watch out for will be the DSS equipped Infinity 46, Maverick and a brand new Marc Lombard designed IRC 46, Pata Negra for Giles Redpath. Redpath is planning a full RORC Offshore Championship season and the 2016 RORC Transatlantic Race will be the first event of his 2017 campaign. 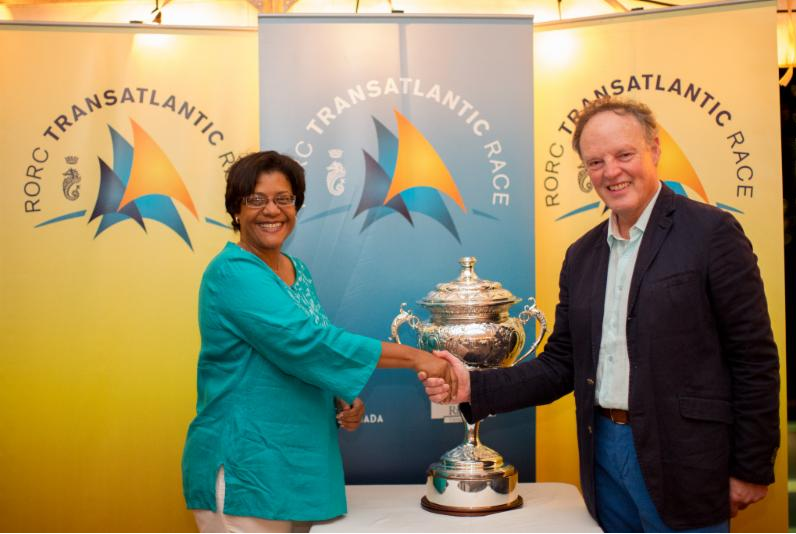