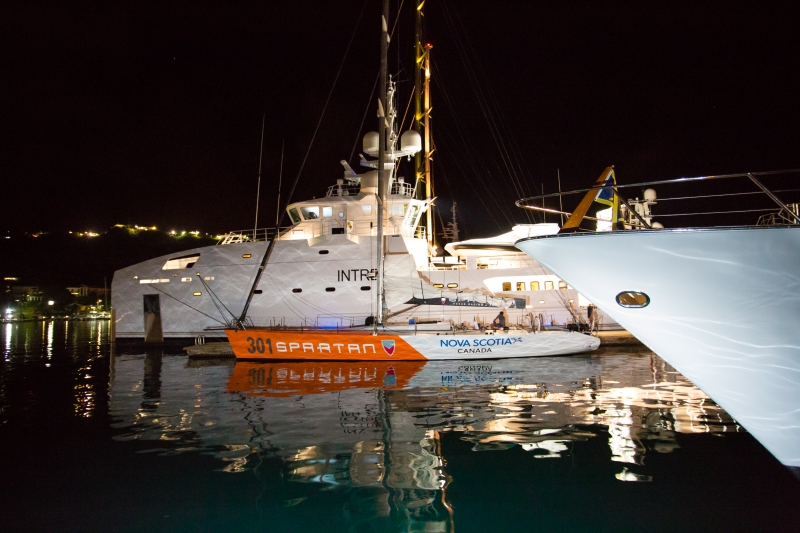 Three more teams have completed the RORC Transatlantic Race and are safely moored in Camper & Nicholsons Port Louis Marina. Every yacht is greeted as they arrive with cold beers and a warm smile. French Class40 Sensation, skippered by Kai Weekes and racing in IRC One, finished the race in an elapsed time of 17 days 15 hours 39 mins 10 secs. Chris Stanmore-Major's Canadian Whitbread 60 Challenger was the next to cross the finish line in an elapsed time of 20 days 15 hours 17 mins and 40 secs. “It’s been a long time at sea, but I have to say that the crew are a much better unit and far better sailors than they were at the start in Lanzarote,” commented Chris Stanmore-Major. “We will not be in Grenada for long unfortunately as we want to do a lot of work to the boat for our next race; the RORC Caribbean 600.”

Hanns Ostmeier's German Swan 45 High Yield is the latest yacht to finish the 3,000 nautical mile race, crossing the finish line in 21 days 4 hours 45 mins 55 secs. High Yield was one of seven teams to complete the race sailing with a crew including both father and son. Both of Hanns Ostmeiers’ sons were on board, Niels and Martin. “It was a long race, with periods of little wind,” commented Martin Ostmeier. “The crew and the boat performed very well, but we damaged our primary spinnaker and for the last few days the wind seemed to always be directly behind us, which was not ideal. We prepared well and had plenty of food and water, but we did catch some Mahi Mahi while we were becalmed. Very tasty!”