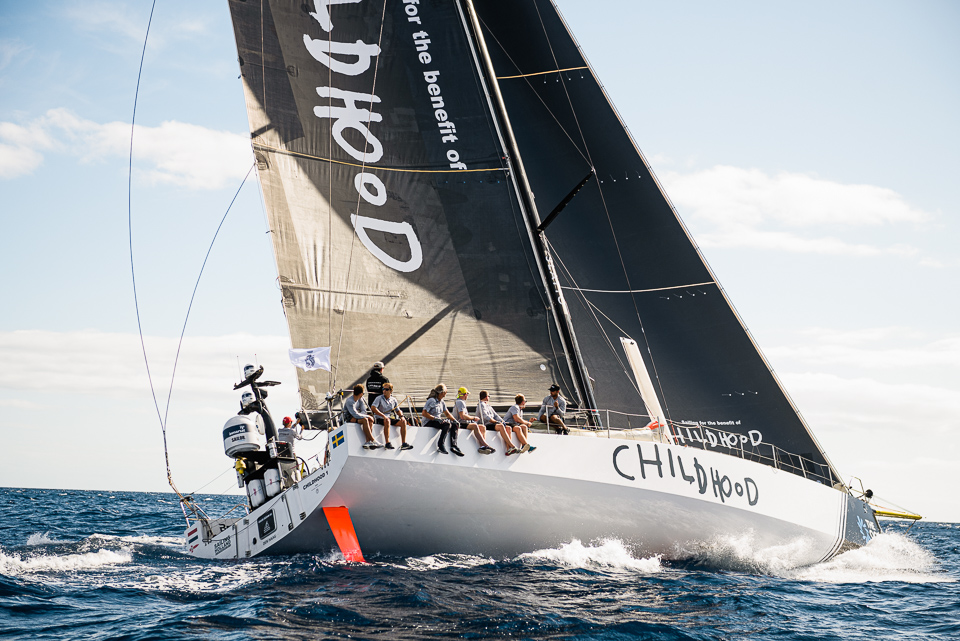 0800 UTC on 1 December - With 1,220nm to the finish at Camper & Nicholsons Port Louis Marina in Grenada and leading the fleet is the Swedish VO65 Childhood 1. The young team is into the breeze and surfing in the Atlantic swell, but it was some time coming, as skipper Bouwe Bekking reports via satellite. 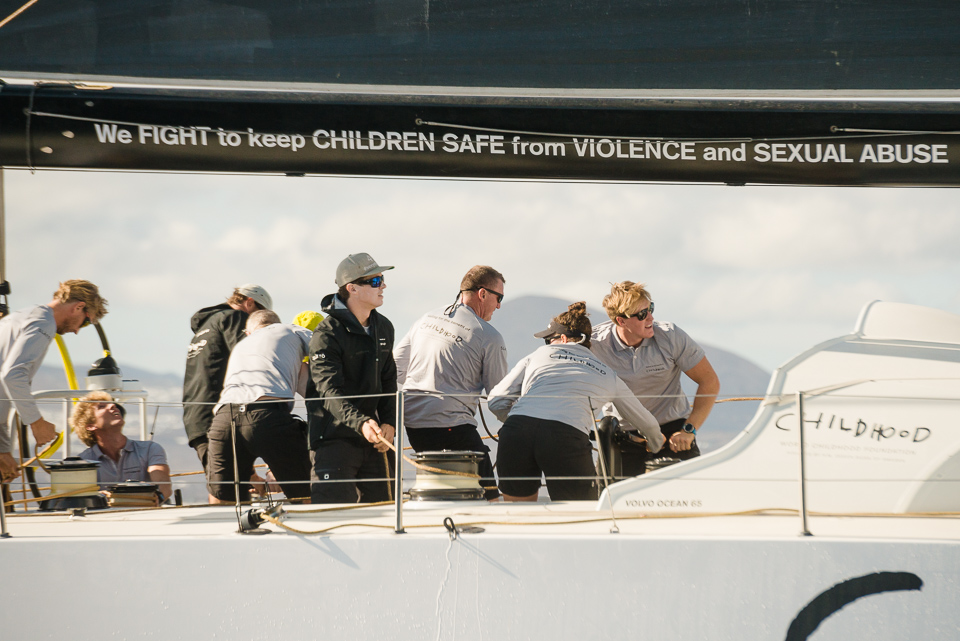 “This is probably the easiest transatlantic crossing ever done.. We haven’t had water over the deck besides some rain squalls. The relative southern route will pay off we think, but it means adding a lot of extra miles to get to Grenada. That is always the trade-off you have to find. Further south is even more breeze, but we know the wind will turn more to the right, so if you go south too early you sail a massive outside banana!

“Since the weather is easy, everybody is driving Childhood1. It’s interesting to see the youngsters performance. Some have talent, others are a little less experienced, but you see that they get better by the day. Also our guests are getting their fair share on the wheel, which for them is also something magical. These boats sail so easy and are responsive. We are looking forward to be getting a bit more breeze in the next 24 hours so the speeds go up,” explains Bekking.

Bouwe’s prediction of more breeze south has come true, with Childhood I surfing at over 15 knots towards the finish, with the team's current ETA on Thursday 5 December. The French Wally 100 Dark Shadow is in excess of 200 miles north of Childhood 1 and estimated to be a day behind. 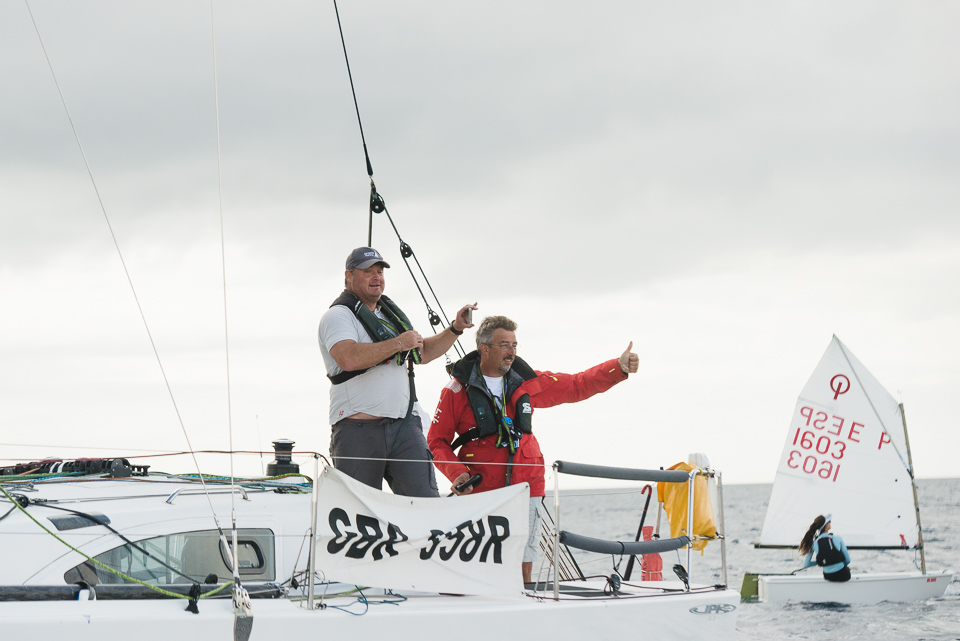 Richard Palmer's British JPK 10.10 Jangada is racing Two Handed with Jeremy Waitt and the slowest rated boat in the race is currently leading after IRC time correction. Jangada's biggest rivals, quite literally, are Childhood 1 and Dark Shadow. Jangada have chosen a more direct route to the finish, minimising the number of miles to sail, but taking more of a risk of losing the wind.

“We took the tactical decision early on in the race to stay close to the high pressure ridge, effectively walking along the edge of the hill. We have almost reached the end of the ridge of high pressure. The barometer is starting to fall and we expect wind speeds to increase steadily over the next 24 hours to 18 knots. It's all downwind sailing from here to Grenada. By Tuesday 3 December, we expect to have reached the righthand layline and will gybe towards Grenada with a seven day sprint to the finish. Only time will tell if we have done enough to hold onto our lead.” commented Richard and Jeremy (Jangada).

Giles Redpath's British Lombard 46 Pata Negra is skippered by Andy Lis with a young crew. Having made a pitstop early in the race, Pata Negra has overtaken Benedikt Clauberg's Swiss First 47.7 Kali. Next in their sight is Jangada which is over 200 miles ahead. However, Pata Negra's last recorded 24-hour run was 241nm, 100 miles more than Jangada.