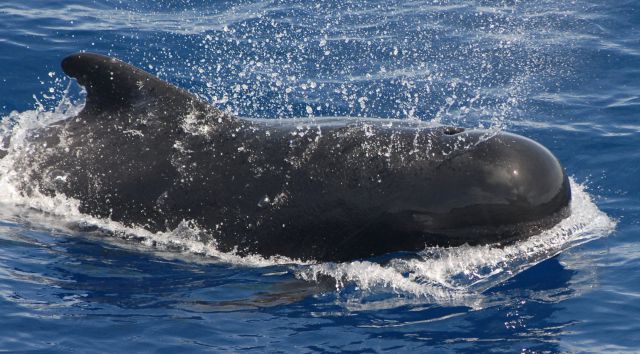 In the battle for Line Honours and the IMA Trophy, Russian Southern Wind 94, Windfall skippered by Fabrizio Oddone has opened up a 25 mile lead on Jeremy Pilkington's RP78, Lupa of London. Yesterday morning, Windfall was the most northerly yacht but in a game of cat and mouse, Lupa of London gybed north of their rivals. Windfall responded with a covering gybe but is now the more southerly of the two yachts. Both yachts covered about 250 miles in the last 24 hours and more wind is expected to arrive today. Derek Hatfield's Canadian Volvo 60, Spirit of Adventure, continues to impress and should be approaching the half way mark over the weekend. A trashed computer in the feisty weather at the start has prevented the team from blogging, but no doubt the colourful Canadian team will have a 'half-way party' planned, hopefully they can find a solution to their social communication problem. Meanwhile, Lupa of London sent in this blog, giving a taste of life on board.

“Day 5 and we were glad to see sunrise. The smell of bacon sandwiches perked up our spirits as it was a tough night with light moist squalls but the flip side was the first shower of the trip for some of us. Pressing on with 4 on 4 off watches. All eight of us have helmed. Vivacious spirits are felt by all despite having had to make several running repairs to the A4 and to nurse the wounded cruising main. The crew have done a great job in keeping Lupa rumbling along, although Windfall has slipped by in the night. Caribbean weather is slowly creeping upon us and all round tans are growing stronger by the day. Earlier today keen-eyed cheffy spotted two whales. By the height and volume of blowhole spray it was guessed their species to be Pilot, alas they were someway from the boat and headed in the opposite direction so a positive species confirmation was not possible.”

American Class40 Oakcliff Racing skippered by Hobie Ponting still leads the chasing pack but Marc Lepesqueux's French Class40 Sensation Class40 is now 50 miles behind, a gain of 30 miles over the last 24 hours. Oakcliff Racing explains why in their blog:

“TWA: 150m COG: 300 Gybe Onboard Oakcliff Racing
“Well, we did it. After 24 hours of sitting in 1st in class, 3rd on projected line honors, and 3rd overall we are headed back north to consolidate with the fleet. It's a necessary evil we think and it probably means sailing ourselves lower in the leaderboard. It's import to remind ourselves that this is a 3000nm race and we are only 1325nm through. The idea is that we are setting ourselves up to be the first to get north should the Azores high stay well developed with strong winds. We'll see! Should that not happen, well, we need to do some 'northing' anyways. Hopefully tomorrow's check-in will be that we are over the hill (halfway home). Until then, we'll stay out here and you stay in front of your computers and we'll just keep on keeping on - Out.”

Aref Lahham's Swan 68, Yacana is estimated to be leading IRC One and has continued their southerly route. This morning the Swan was 70 miles south of the rhumbline but the most extreme southerly position is held by Nigel Passmore's British J/133, Apollo 7. The crew from Plymouth is now 200 miles south of the rhumbline and estimated to be leading the race overall under IRC. Apollo 7 may well be looking further ahead at the developing weather scenario near the finish. The forecast is for light south easterly winds. This would bring heads winds for those further north by downwind conditions if approaching from the south.