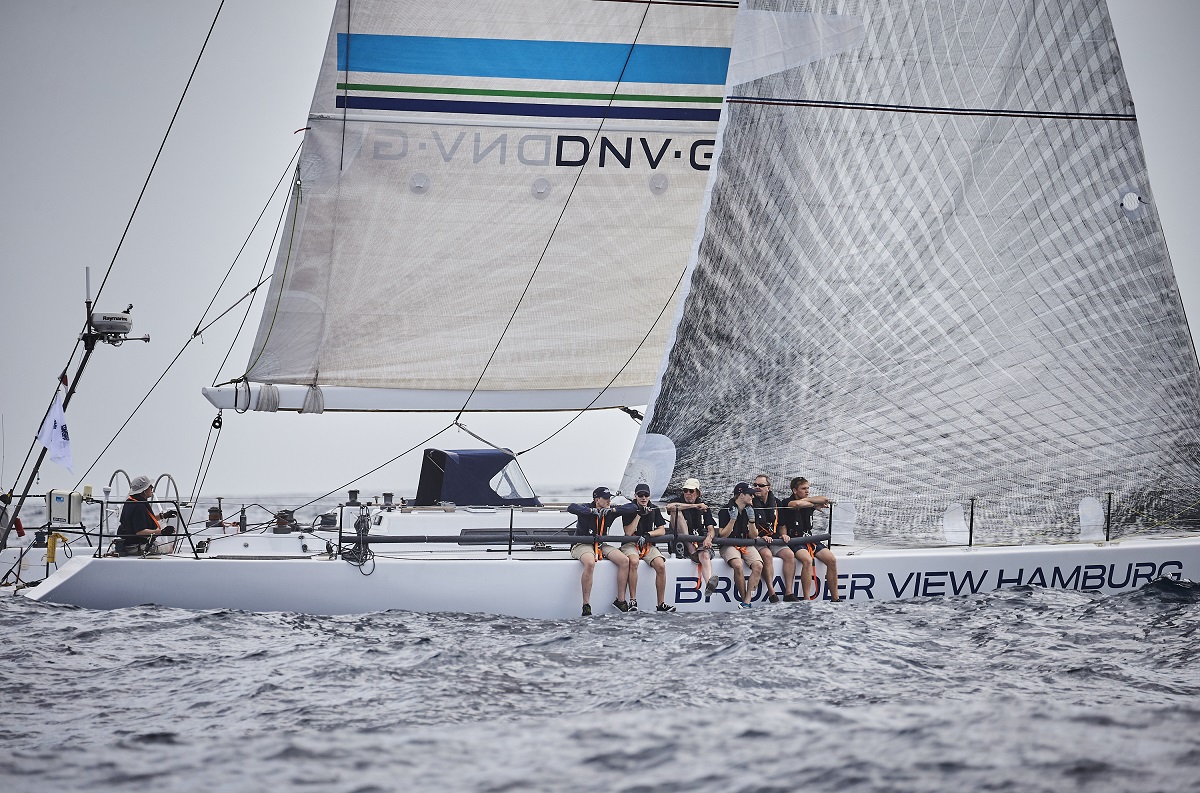 Different strategies in tackling the complex weather scenario for the RORC Transatlantic Race have caused a huge spread in the fleet, with boats 800 miles across the Atlantic Ocean, north to south. Ludde Ingvall's Australian Maxi leads the fleet, gybing further south last night and covering 247 miles in the last 24 hours. CQS is under 2,000 miles from the finish at Camper & Nicholsons Port Louis Marina, Grenada. CQS is 150 miles ahead of Canadian 96ft Southern Wind Sorceress in the battle to win the International Maxi Association (IMA) Transatlantic Trophy for monohull line honours.

Eric de Turckheim's French Nivelt-Muratet 54 Teasing Machine is estimated to be leading after IRC time correction, and has made a move south to punch through the high pressure ridge, along with Sorceress. For now, Jochen Bovenkamp's Marten 72 Aragon is continuing west, beating along the bottom of the low pressure system north of their position. The majority of the fleet are approximately 250 miles behind the leading pack. Two yachts have continued to beat into the low pressure system to the north of the rhumb line; Roman Guerra's Volvo 70 Monster Project and Johann von Eicken and Pit Brockhausen's German Swan 56 Latona.

Near the rhumb line, a close battle is raging between three German yachts of near-equal size; all of which are youth training vessels. Haspa Hamburg, owned by Hamburgischen Verein Seefahrt (HVS) and skippered by 21-year old Max Gärtner, leads on the water by just two miles from SKWV's Bank von Bremen skippered by 29-year old Alexander Beilken. Meanwhile, HVS's second boat in the race, Broader View Hamburg is estimated to lead the trio after IRC time correction. Fifty percent of the crew on the club's Andrews 56 are between 18 and 22 years and include skipper, Björn Woge's 19-year old son. 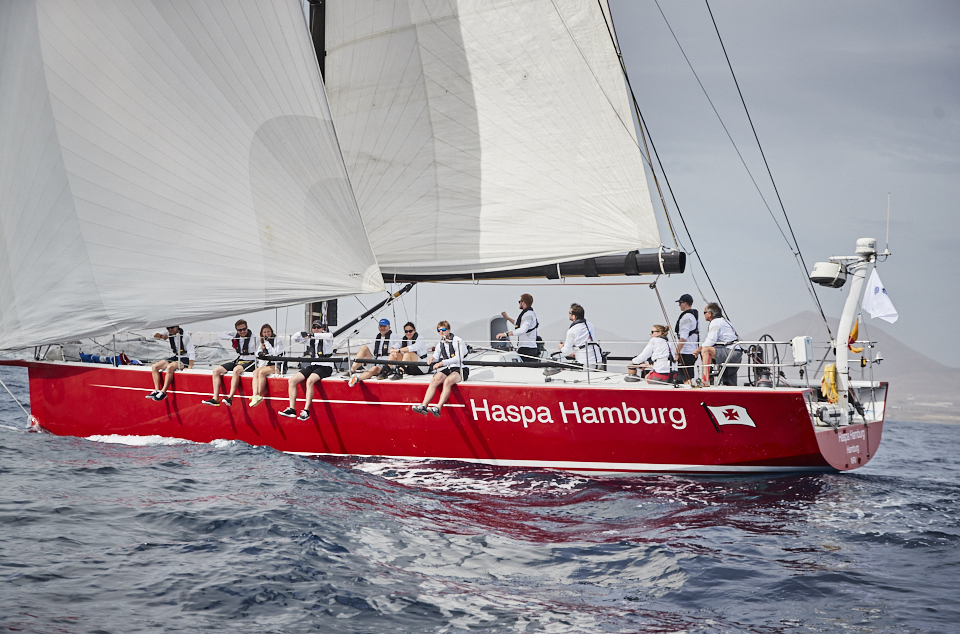 Haspa Hamburg is one of two boats operated by the German club HSV which gives young sailors the opportunity to race offshore. The boat competed in the Rolex Sydney Hobart Yacht Race in Australia before being sailed back for the start of the RORC Transatlantic Race © RORC/James Mitchell 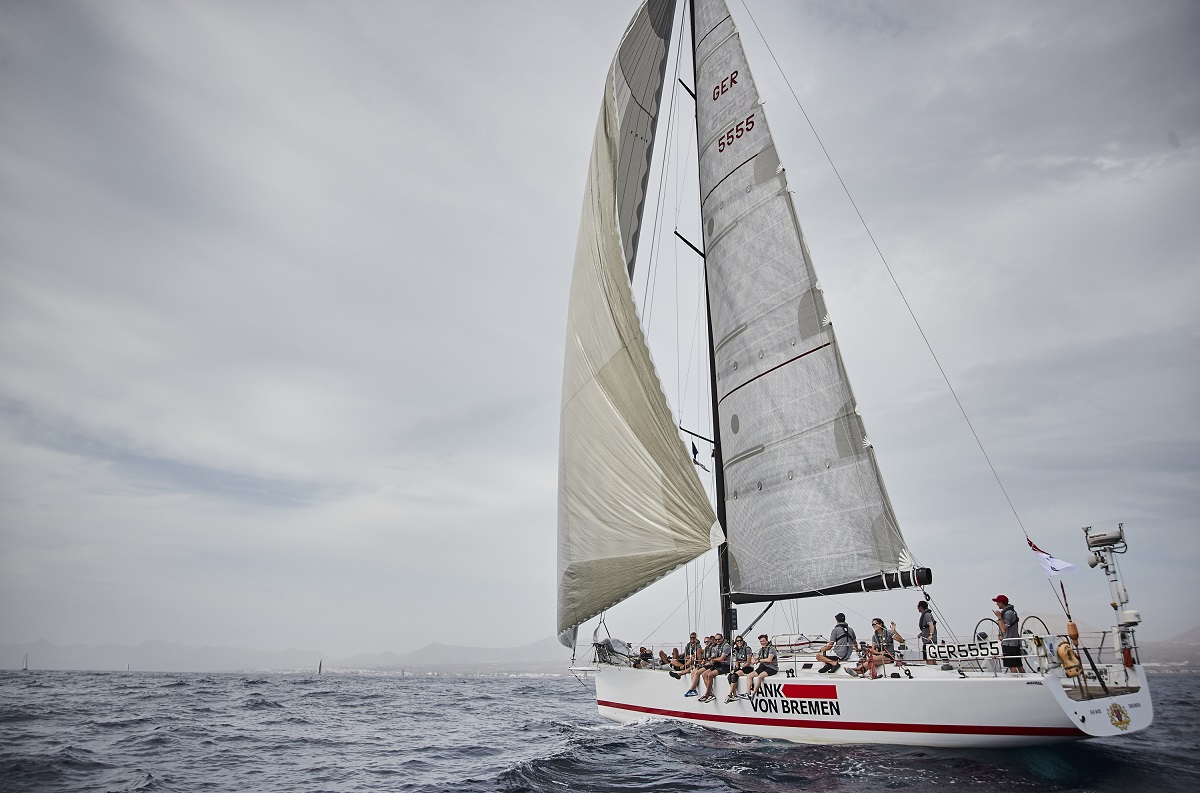 Bank von Bremen, the Bremen-based offshore training boat owned by SKWB will compete in both the west and eastbound legs of the Atlantic Anniversary Regatta in celebration of NRV's 150th celebrations. © RORC/James Mitchell

Richard Palmer is racing British JPK 10.10 Jangada Two Handed with Rupert Holmes. The pair have thousands of short-handed sea miles between them and the RORC Transatlantic Race is the first race of a 7,000 mile programme of RORC racing, including the RORC Caribbean 600 and the Sevenstar Round Britain and Ireland Race. On day 6 of the race, Jangada was leading IRC Two, 2,350 miles from the finish.

"Go south 'till the butter melts, they say," commented Palmer by satphone. "As we sail away from the low pressure winds have eased to around 12kts and sea state is considerably calmer. We are now heading south, chasing the pack. IRC 2 rivals, Gemervescence passed 10nm ahead of us last night, but we felt it was too early to tack. So, we stood on to pick up the wind shift and hopefully pinch a few miles from their lead. Our duel with Gem' has an added twist as we have our own wager with them - first across the line wins a bottle of Rum! But our weather routing is trying to keep us north of the high pressure ridge to sail under a series of lows - 1,200nm of upwind sailing. More reminiscent of the north Atlantic route I did in the 2010 TWOSTAR and was definitely not in the brochure. Or do we battle through the light winds of the ridge and break into the tradewinds to the south? Fortunately, we have another day or two before we have to commit, so will watch the fleet ahead with interest. PS: Sir Admiral (Jangada's Penguin mascot) is looking slightly worried as the first bucket of flapjacks lasted for days. Maybe we'll snack more in the fine weather." 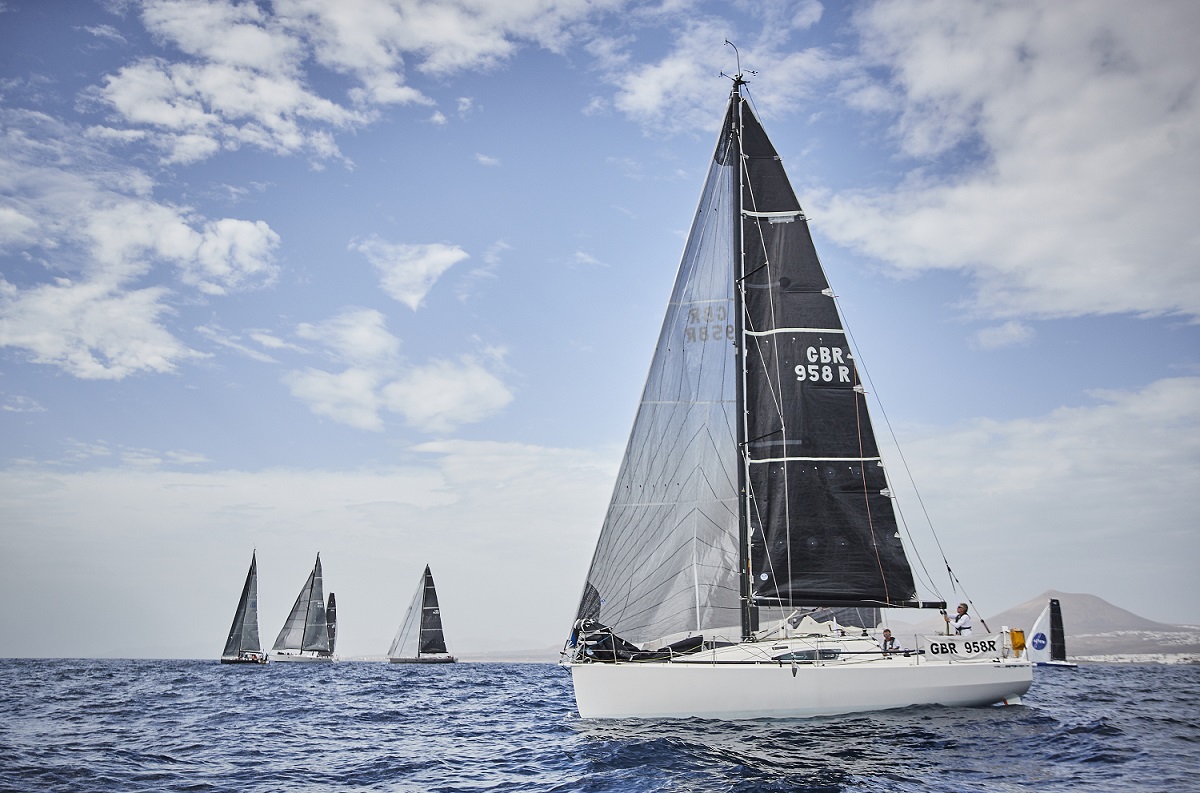 Experienced short-handed offshore sailors: Richard Palmer and Rupert Holmes on JPK 10.10 Jangada at the start of the race from Lanzarote © RORC/James Mitchell