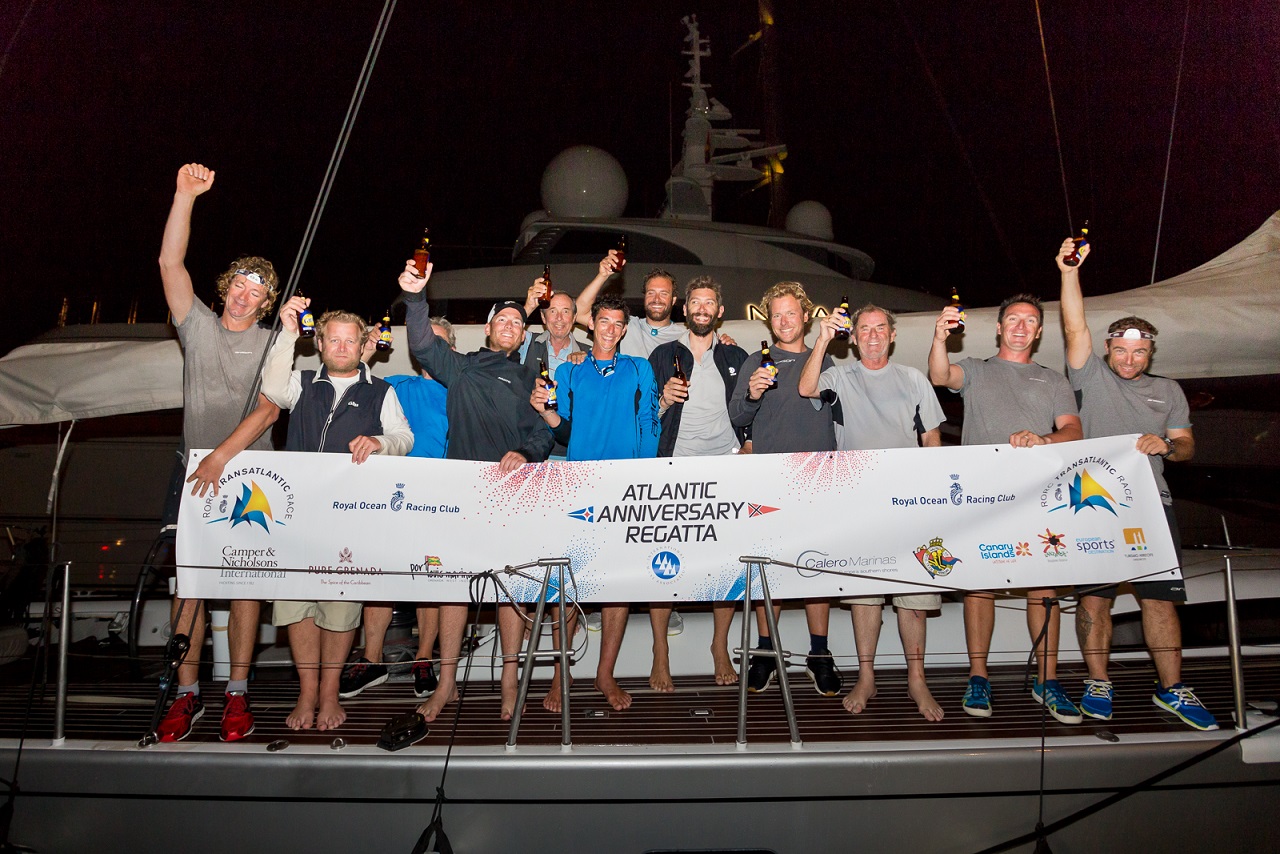 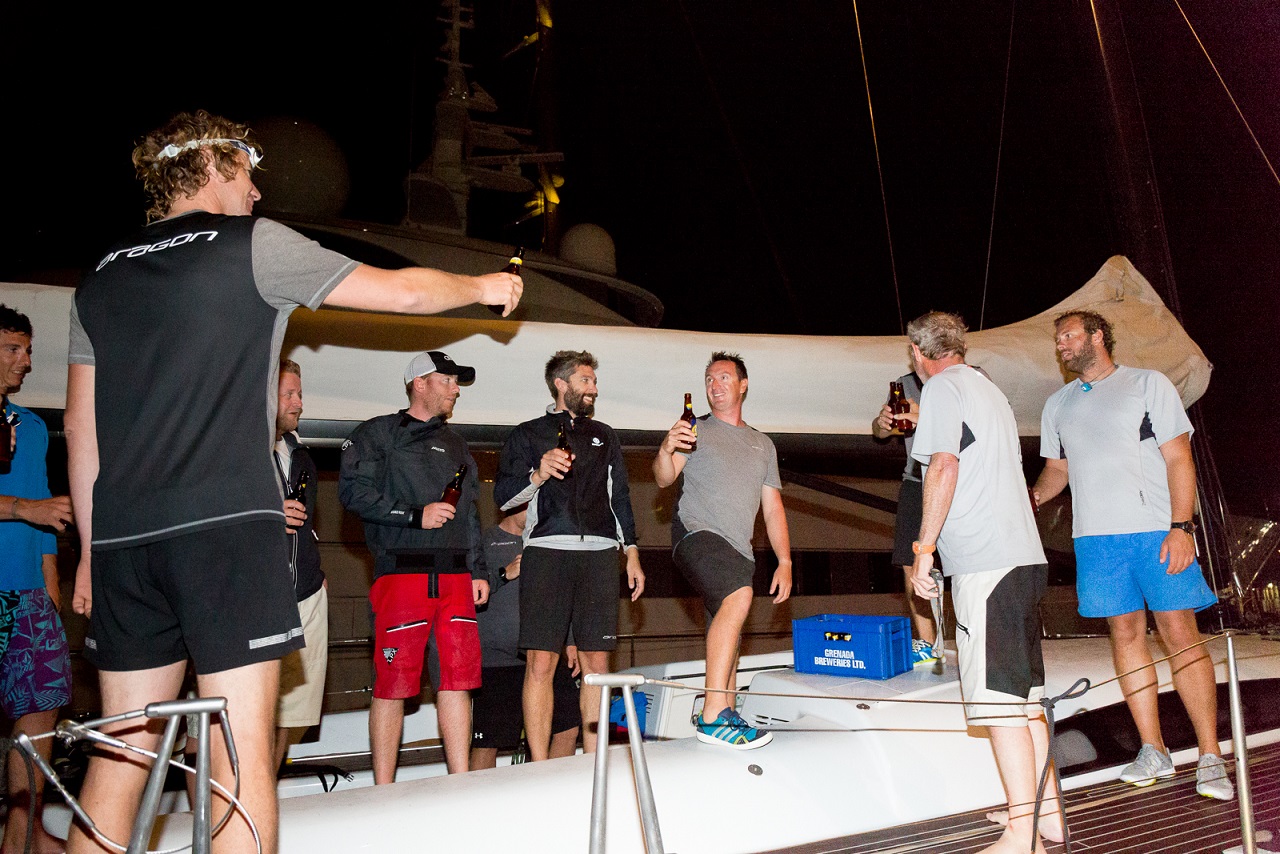 "It was a very enjoyable race with a real racing boat and a great crew. I have learnt so much," said Jochen Bovenkamp who had chartered the Marten 72 for the 4th edition of the race. "There are so many memorable moments from the race, especially sailing at 23 knots downwind with a wake like a speedboat at the stern - just incredible! Back in Germany it is very cold now, but we have had such a warm welcome in Grenada."

"This year we always had wind to sail into. The only barrier was the high pressure shortly after the start," explained Aragon's Boat Captain Nico Lecarpentier. "Aragon was chartered for this race, so we had some crew that were completely new to this type of boat. This is a real race for sure and in the last five days we pushed the hardest. The crew became a great unit and it was really tight racing with Outsider, Sorceress and Teasing Machine. We spent most of the race battling with them on the water. It is fantastic to arrive in Port Louis, surrounded by some of the world's largest superyachts, which is a little different to last year."

Aragon is the provisional overall leader for the RORC Transatlantic Race, completing the 3,000 nautical mile race over three hours quicker than their overall win in 2016. However, Eric de Turckheim's French Teasing Machine is currently 113 miles from the finish and is estimated to be on track to finish the race well ahead of Aragon's corrected time. Will Apold's Canadian Southern Wind 96 Sorceress and Tilmar Hansen's German Elliott 52 Outsider are all expected to finish the race later today. 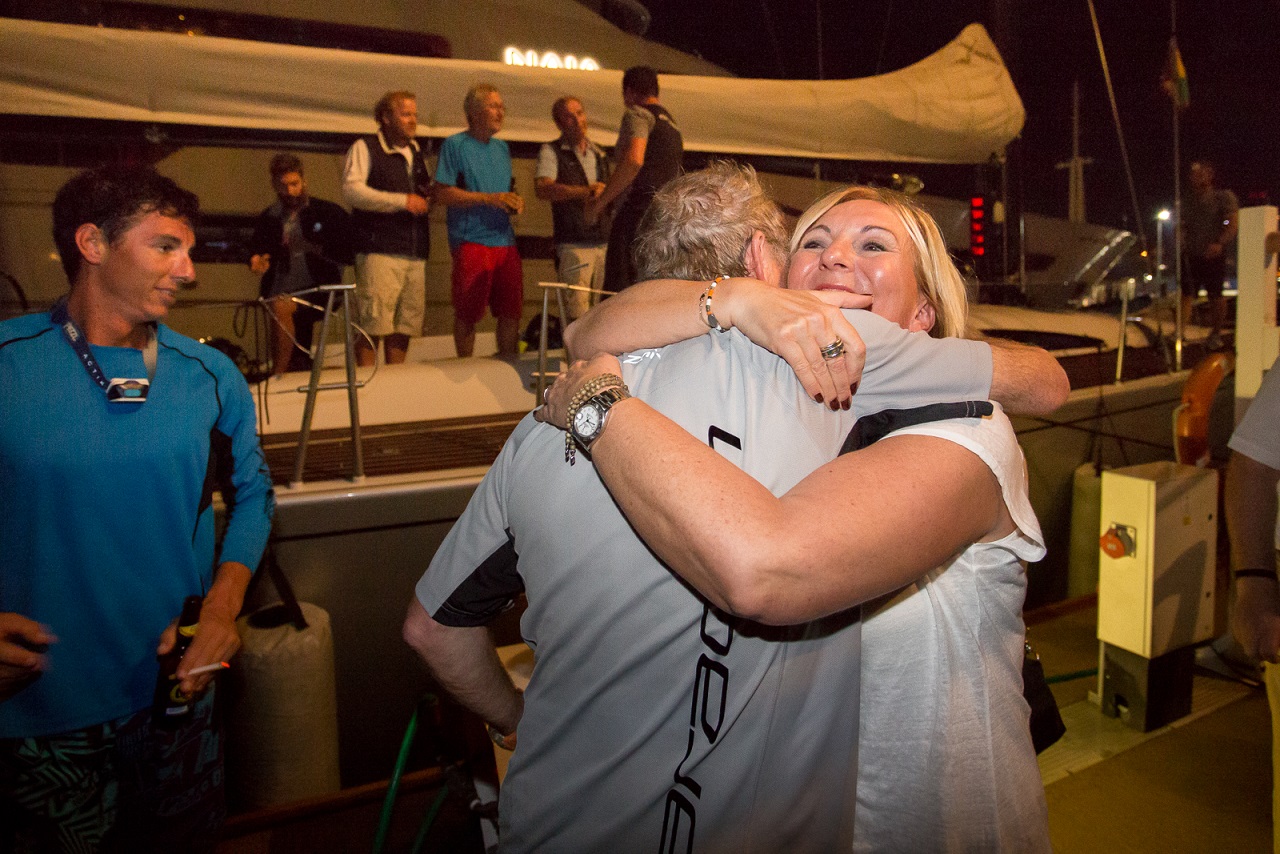 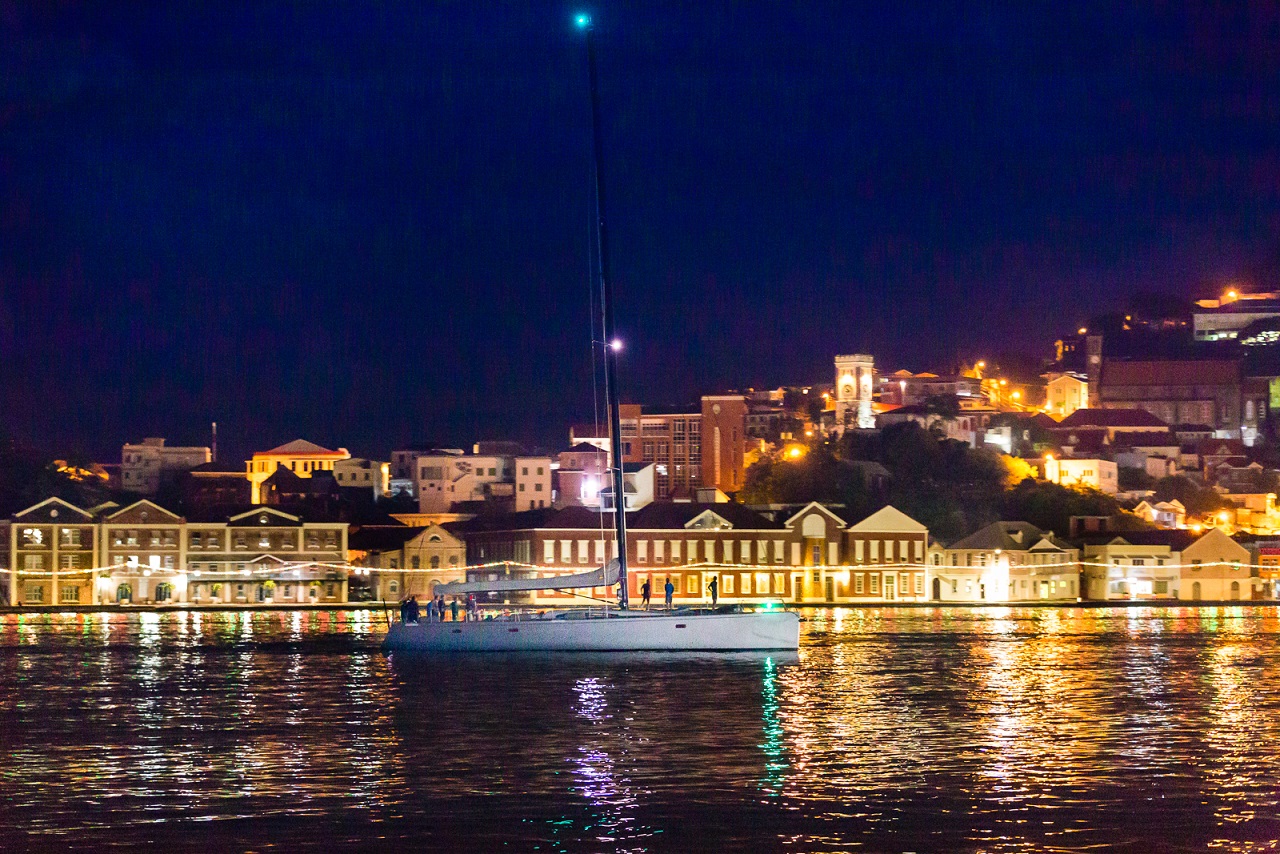 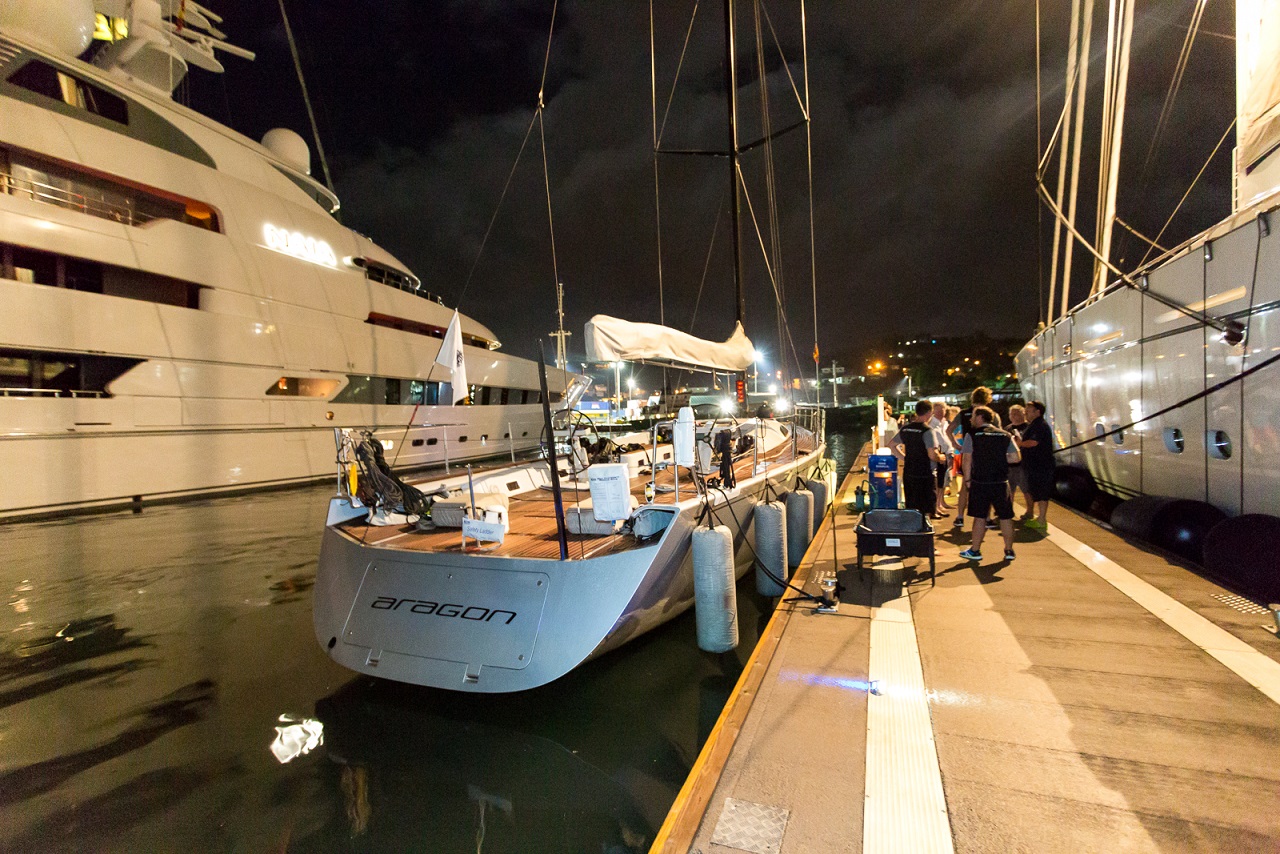 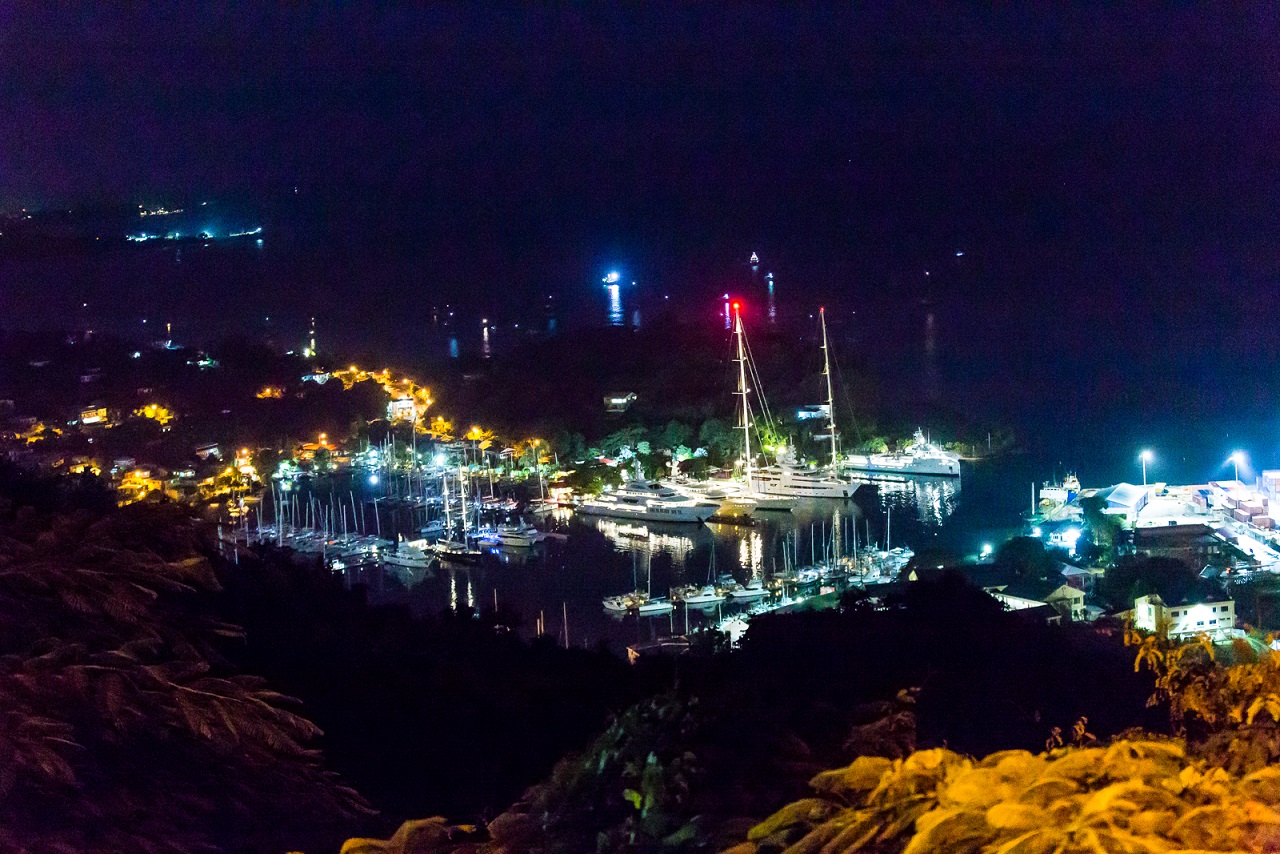