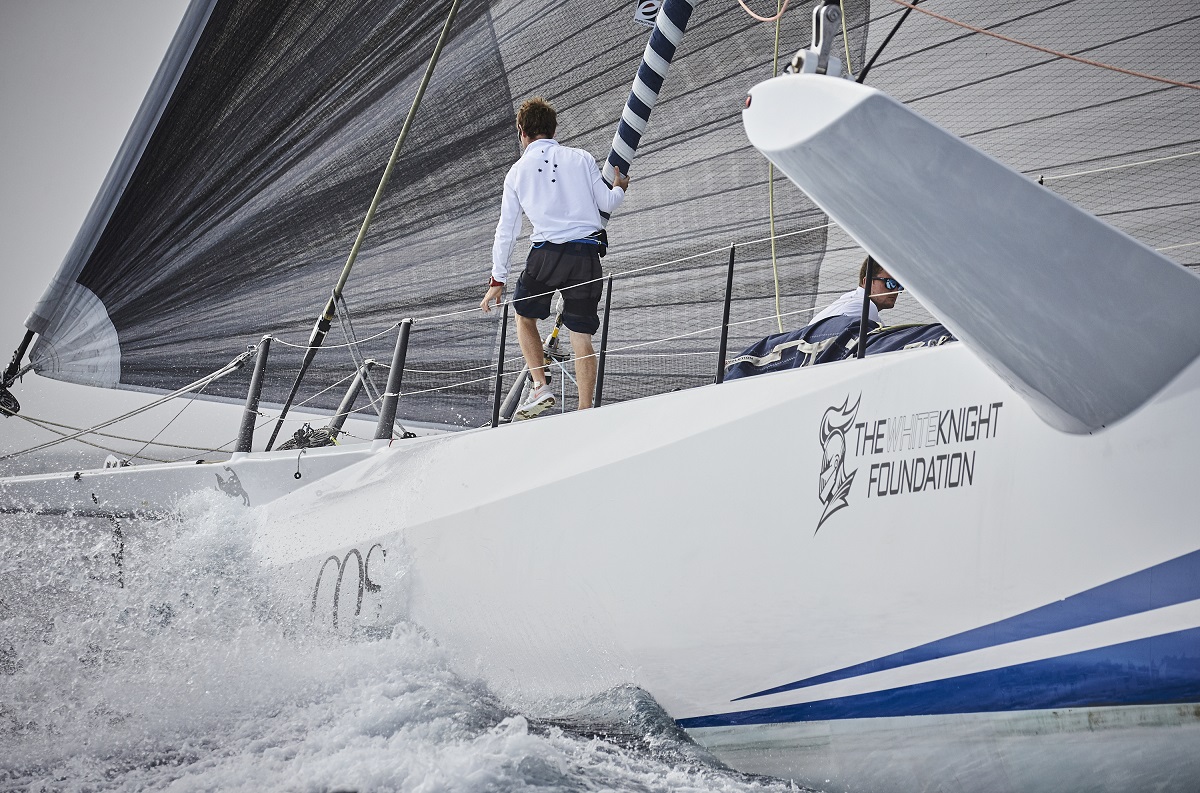 After nearly a week at sea, Ludde Ingvall's Australian Maxi CQS is approaching the half way mark of the RORC Transatlantic Race, blast reaching in perfect trade wind conditions. CQS has opened up a lead of 130 miles on her nearest rival. Eric de Turckheim's French Nivelt-Muratet 54 Teasing Machine is estimated to be leading the race overall after IRC time correction. To set a new race record, CQS needs to finish the race before Tuesday 5th December 1900 hours 06 mins 59 secs UTC.

Teasing Machine is currently negotiating the ridge of high pressure, which forms a barrier to the trade winds, and is making good progress to achieve this goal. Aragon and Sorceress have been the two leading maxis in the RORC Transatlantic Race, and split tacks at about sunset on Day 6. Jochen Bovenkamp's Marten 72 Aragon chose to continue west, whilst Canadian Southernwind 96 Sorceress skippered by Daniel Stump, chose to move south.

Will Apold talks by satphone from Sorceress of fluky winds and mixed conditions.

“We basically stuck to our routing programme to get across the ridge of high pressure and it has worked out quite good,” commented Will Apold via satellite phone from Sorceress. “We had two thunderstorms which sucked out the wind for about eight hours. Right now, we are carrying our spinnaker and doing about eight knots in light airs. The sea is so flat, a big difference to the slamming of the first four days.” 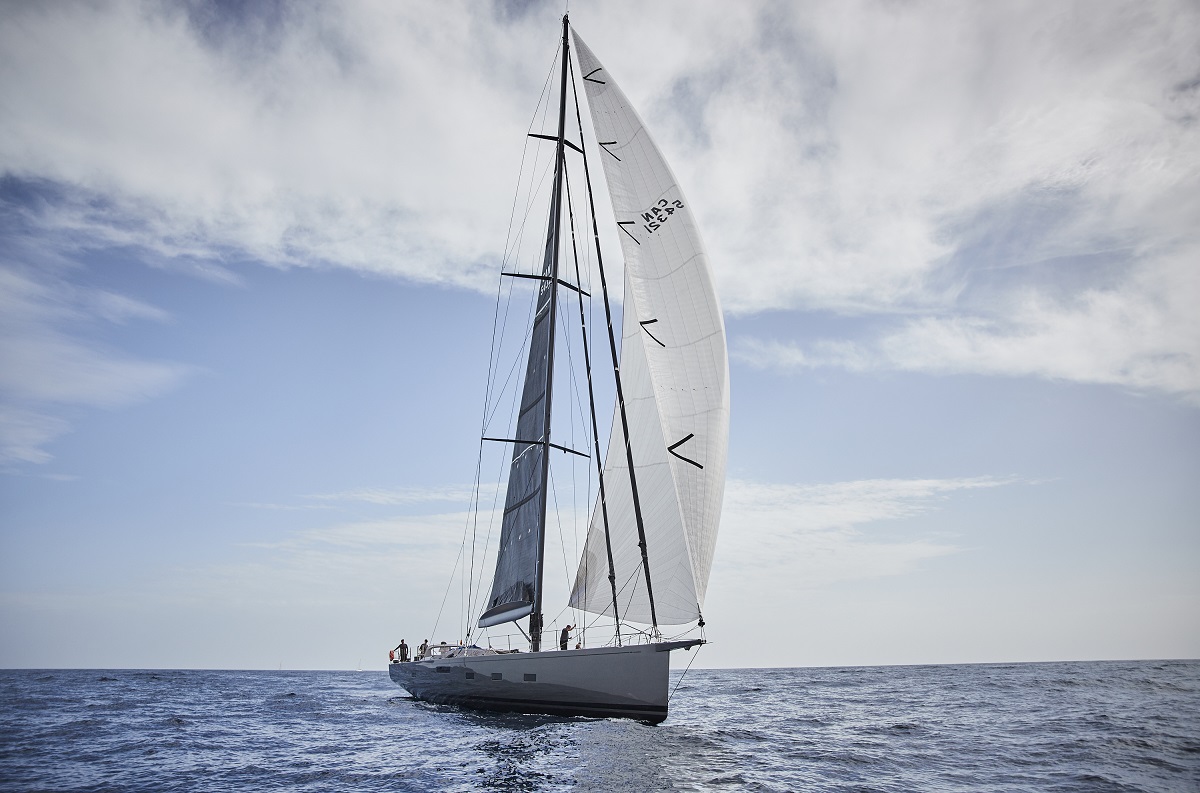 There are close battles right through the RORC Transatlantic Race fleet and none more so than between two German Class40s. In the early part of the race, Mathias Mueller von Blumencron's Red built up a lead of 30 miles, but smart tactics through the ridge of high pressure, saw Berthold & Tobias Brinkmann's MarieJo cross in front of Red on the morning of Day 6. Mariejo has managed to maintain a higher average speed than Red, as the two battle west in the high pressure ridge, with MarieJo opening up a lead of 47 miles. Tobias Brinkmann sets the scene on Red in their blog. 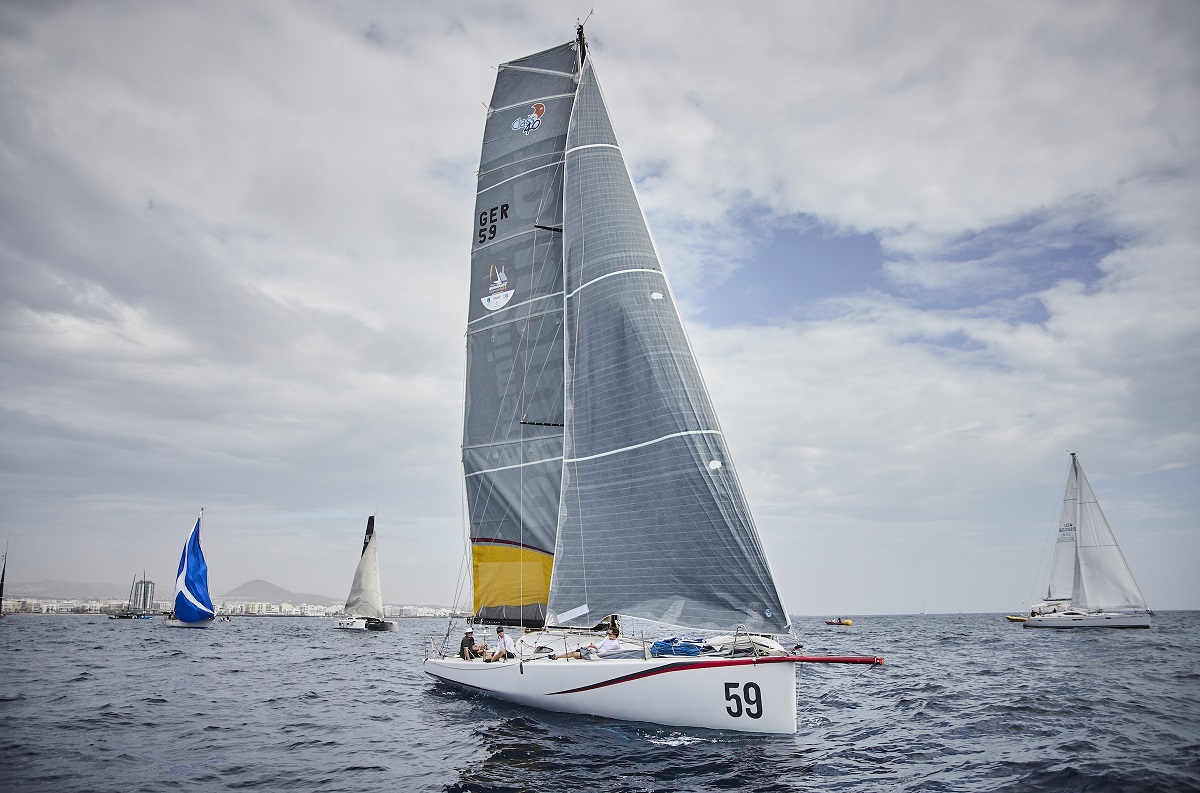 “We are now in the death valley, the no wind zone which separates us from the immense fun of downwind running on a Class40 in the trades. It is night. No cloud, magic starlight. What is good: it's not so hot and the sun is not torturing us. What is bad: The wind tortures us. It disappeared and for two hours we were completely becalmed. At the moment there are puffs of hope, as we call them. We are not talking loudly about them to not anger the gods (superstition is hugely important on board - we even scratch the mast. I could write a whole post about it). But we are whispering among us. Sometimes we have tiny breeze, then it dies again. Extremely difficult to steer. At the moment our mark is the belt of Orion, which is laying just in our course. If we steer south of the sword, we are good. North of the sword means closer to the guillotine. We don't want the guillotine, we want the trades - and they are south of Orion's sword. The trim of the boat is for super light wind. All sails, water, toolboxes etc in the front section, sleeping in the front too, on the sail bags. We cannot do more than wait (can you imagine how difficult that is?) when you come from the digital world, where "instant" is the parole of our age? Please, wind, come!!!”