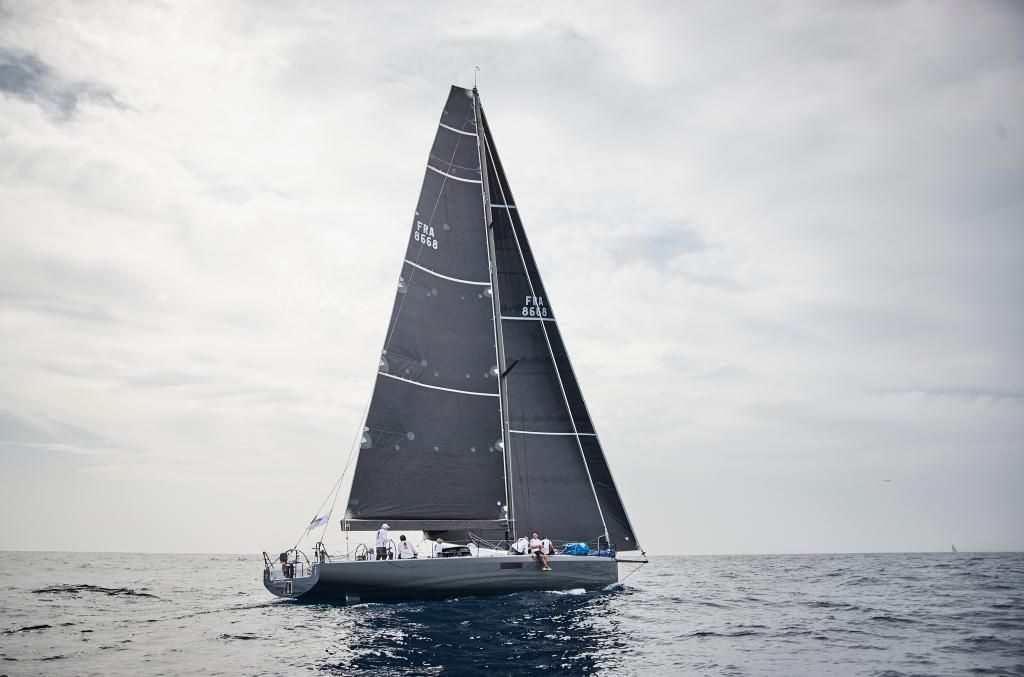 As dawn broke on the eleventh day of the 2017 RORC Transatlantic Race, Ludde Ingvall's Australian Maxi CQS was under 300 miles from taking monohull line honours and lifting the IMA Transatlantic Trophy. CQS has suffered damage to their mainsail during a knockdown in heavy weather and has one big gybe remaining before pointing their bow at Grenada and the finish. CQS is reaching at top speed and expected to finish at approximately midday local time on Wednesday 6th December. A warm welcome is waiting for them at Camper & Nicholsons Port Louis Marina. 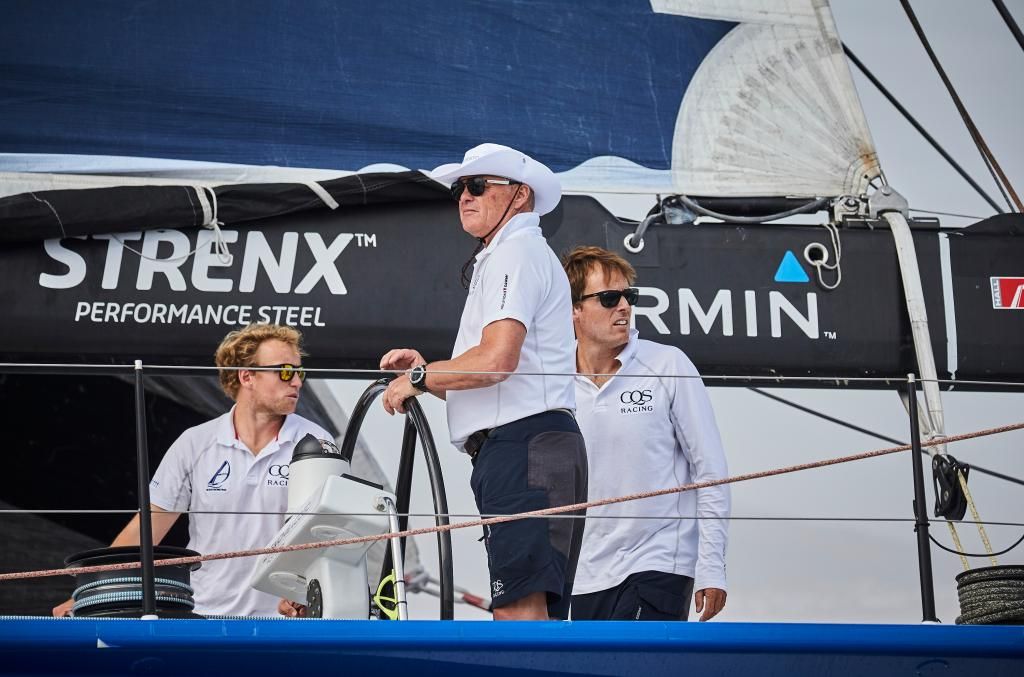 In the race for the RORC Transatlantic Trophy, for the best corrected time under IRC, Eric de Turckheim's French Nivelt-Muratet 54 Teasing Machine is still leading the race, but the margin has been reduced considerably. Teasing Machine is the most southerly of yachts in the fleet that have all been attracted to an area of increased wind strength, accompanied by a significant sea state. Teasing Machine gybed west at around dawn, blasting along at over 16 knots of boat speed and still lead the race after IRC time correction, but two Maxis are now ahead of them on the water.

Jochen Bovenkamp's Dutch Marten 72 Aragon and Canadian Southernwind 96 Sorceress, skippered by Daniel Stump are enjoying a high-speed Maxi match race with under 1,000 miles to go. Last year’s overall race winner, Aragon gybed west this morning and looks to have the upper hand for the moment. As the most southerly of the dueling Maxis, she is benefiting from the increased pressure and sea state. 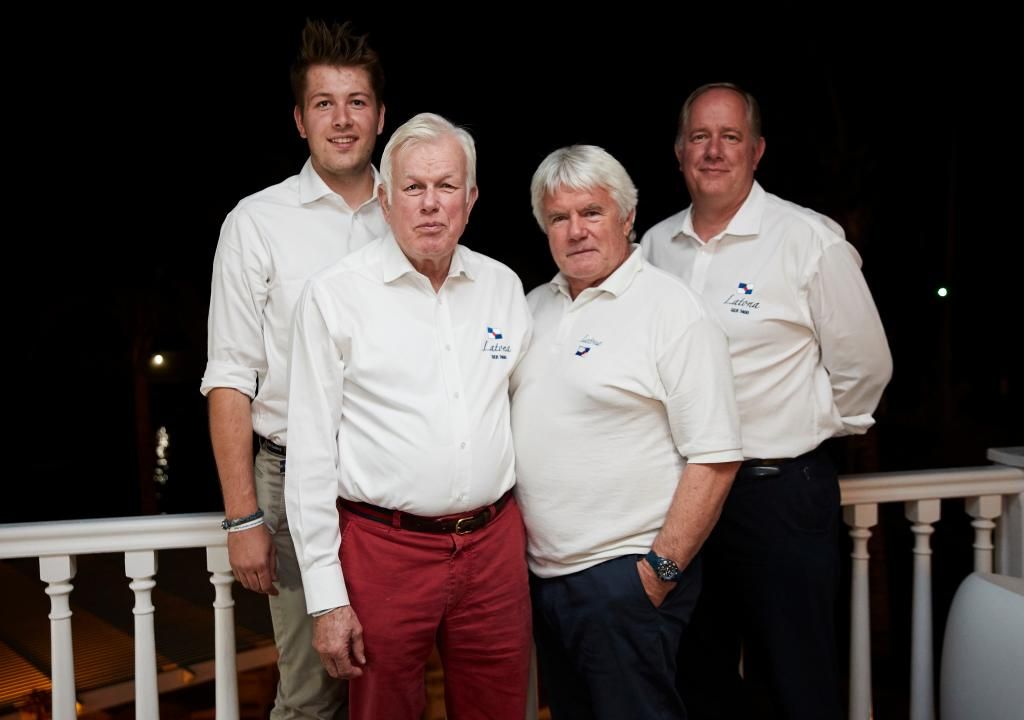 In IRC One, the two provisional leaders from Germany are 700 miles apart. Bjorn Woge's Andrews 56 Broader View Hamburg has regained the class lead from the Kiel-based family members racing on John Wilh von Eicken’s Swan 56 Latona. Eicken’s ancestors were part of the founding members of NRV, the Hamburg club celebrating its 150th anniversary.

In IRC Two, Richard Palmer's British JPK 10.10 Jangada, racing Two Handed with Rupert Holmes continues to dominate the class. However, an area of high pressure is forecast to affect the tactical decisions of the vast majority of the fleet. Below is a summary of the scenario from Jangada's blog. 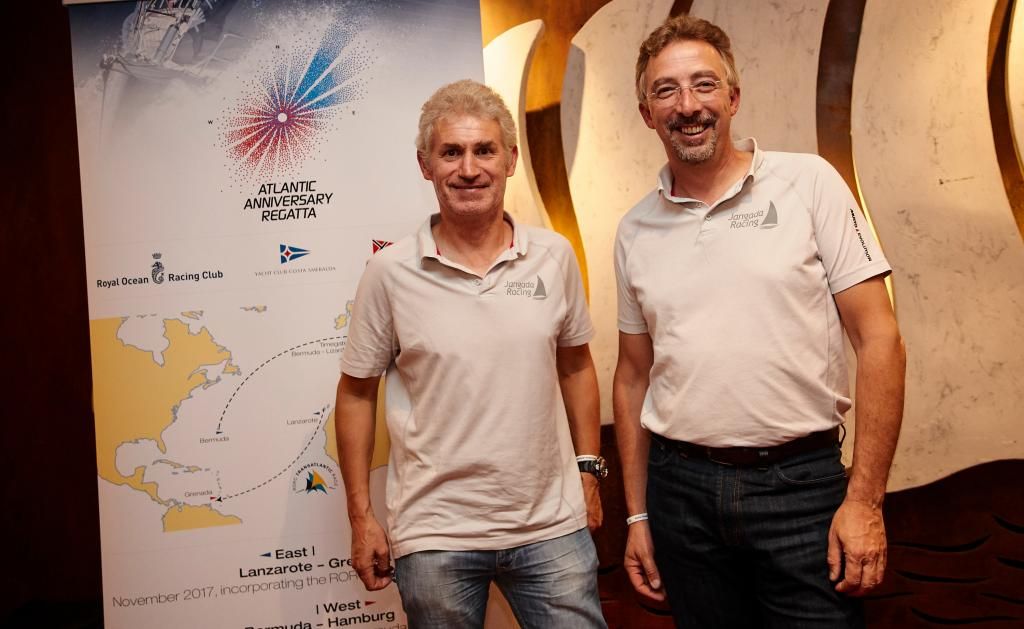 Facing a complex swell pattern as they head to Grenada two handed on the JPK 10.10 Jangada © RORC/James Mitchell

“We have mostly 15-17 knots of true wind speed which occasionally builds to 21 knots from the east north east. We are running deep to maintain our best speed towards Grenada. There's a complex swell pattern - we've now left behind most of the big northerly swell that came from a low pressure in the North Atlantic, and the local wind-driven waves are growing in dominance. However, there's an obstacle in the way - a large area of high pressure sitting right in the middle of where the tradewinds should be, around 700 miles to the west of us. That's why the fleet is predominantly heading west-south-west, to stay in the stronger favourable winds to the south of the low.”