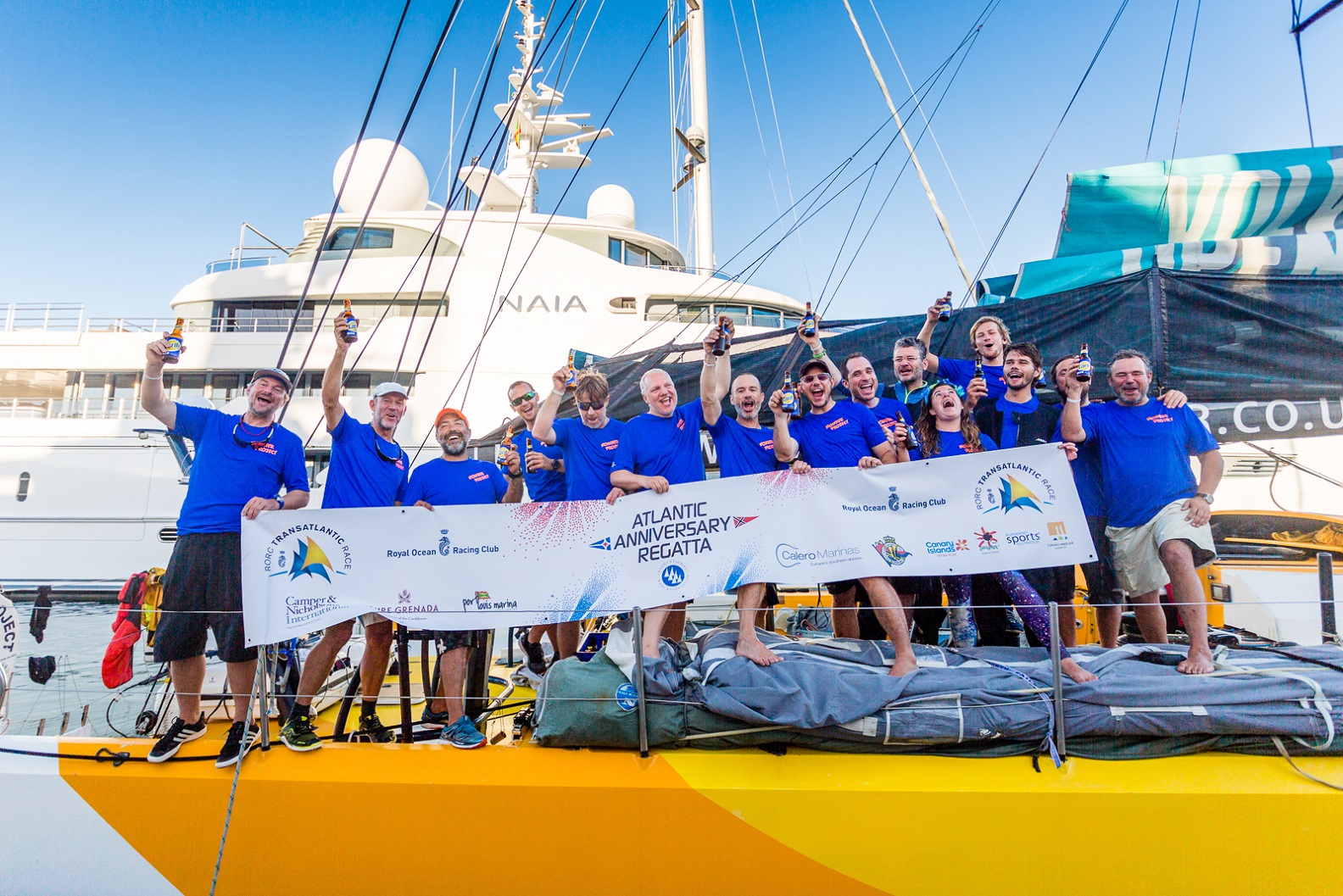 Roman Guerra's Volvo 70 Monster Project finished the 2017 RORC Transatlantic Race on Sunday 10 December 2017 in an elapsed time of 14 days 21 hrs 39 mins 46 secs. Sixteen yachts are still racing across the Atlantic Ocean and a number of teams will finish the 3,000 nautical mile race over the next 48 hours.

"None of this team has raced across the Atlantic before and it all got pretty emotional when we finished. All of us got a bit teary," commented Monster Project skipper, Roman Guerra. "There are so many memorable moments, but racing at over 30 knots of boat speed two nights before the finish, was really special. The crew described it as awesome, scary, wonderful and just unreal. Any serious sailor wants to race across the Atlantic in a Volvo 70 and we are proud to have done it. A big thank you to the RORC for running such a great race." 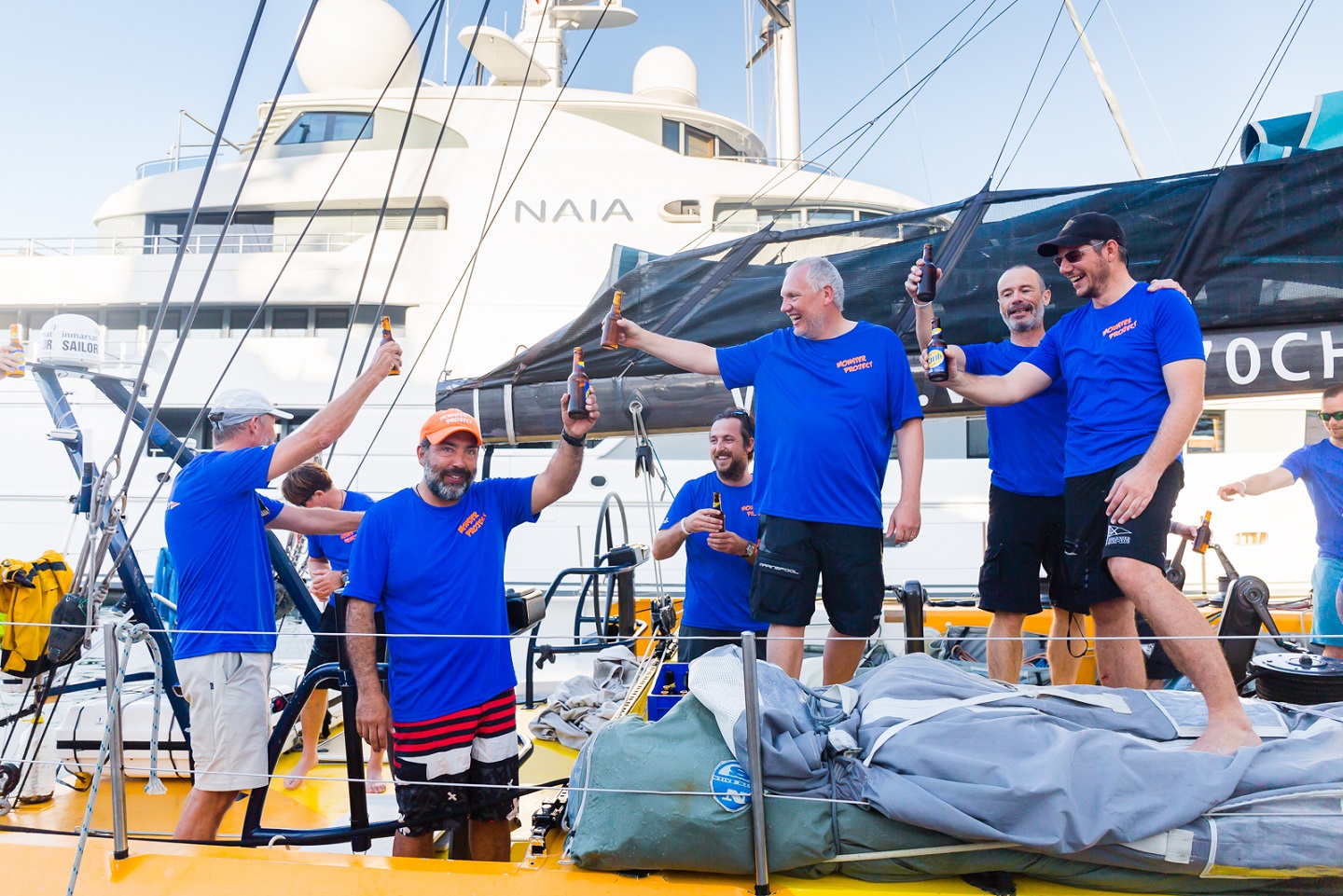 Roman Guerra is originally from Australia and bought Monster Project to further his passion for offshore racing, to take part in top offshore races around the world and to share his experience with others. This was the crew's first Atlantic crossing © RORC/Arthur Daniel 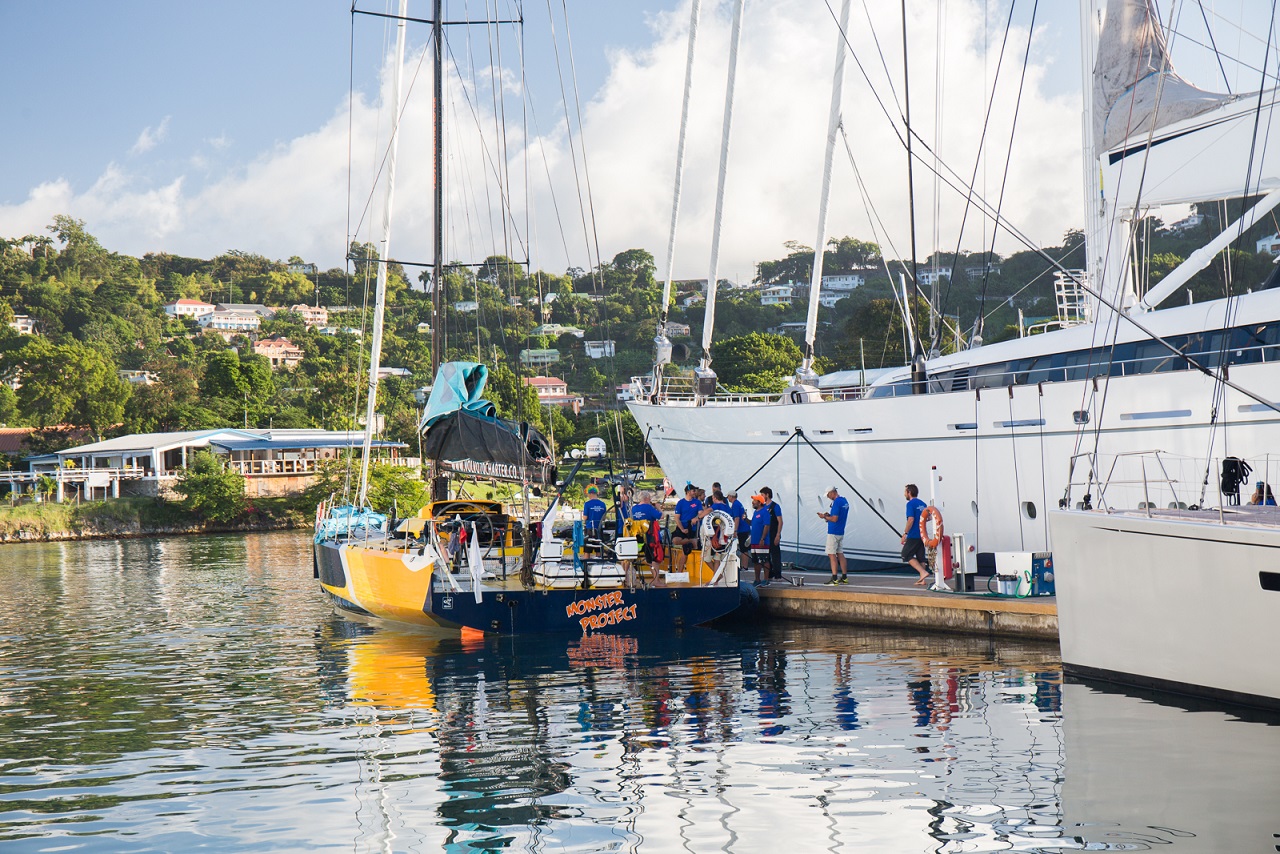 Five teams are within 200 miles of the finish in Grenada and two German teams are likely to have a photo-finish. Mathias Mueller von Blumencron's Class40 Red leads the charge with 121 miles to go, just three miles ahead of Alexander Beilken's JV53 Bank von Bremen.

"Everybody on board Red is in fighting mode and pushing hard with very little sleep. The infamous squalls of the Caribbean are powerful eruptions of nature and in between is our tiny little boat, screaming down thewaves. However, the concert is not over yet; we still have over a hundred miles to go - just a small sprint from Kiel to Anholt. No big clouds are visible at the moment and it's an almost clear sky. What a difference 24 hours makes. Spirits are up and Red is flying," says Mueller in his race blog. 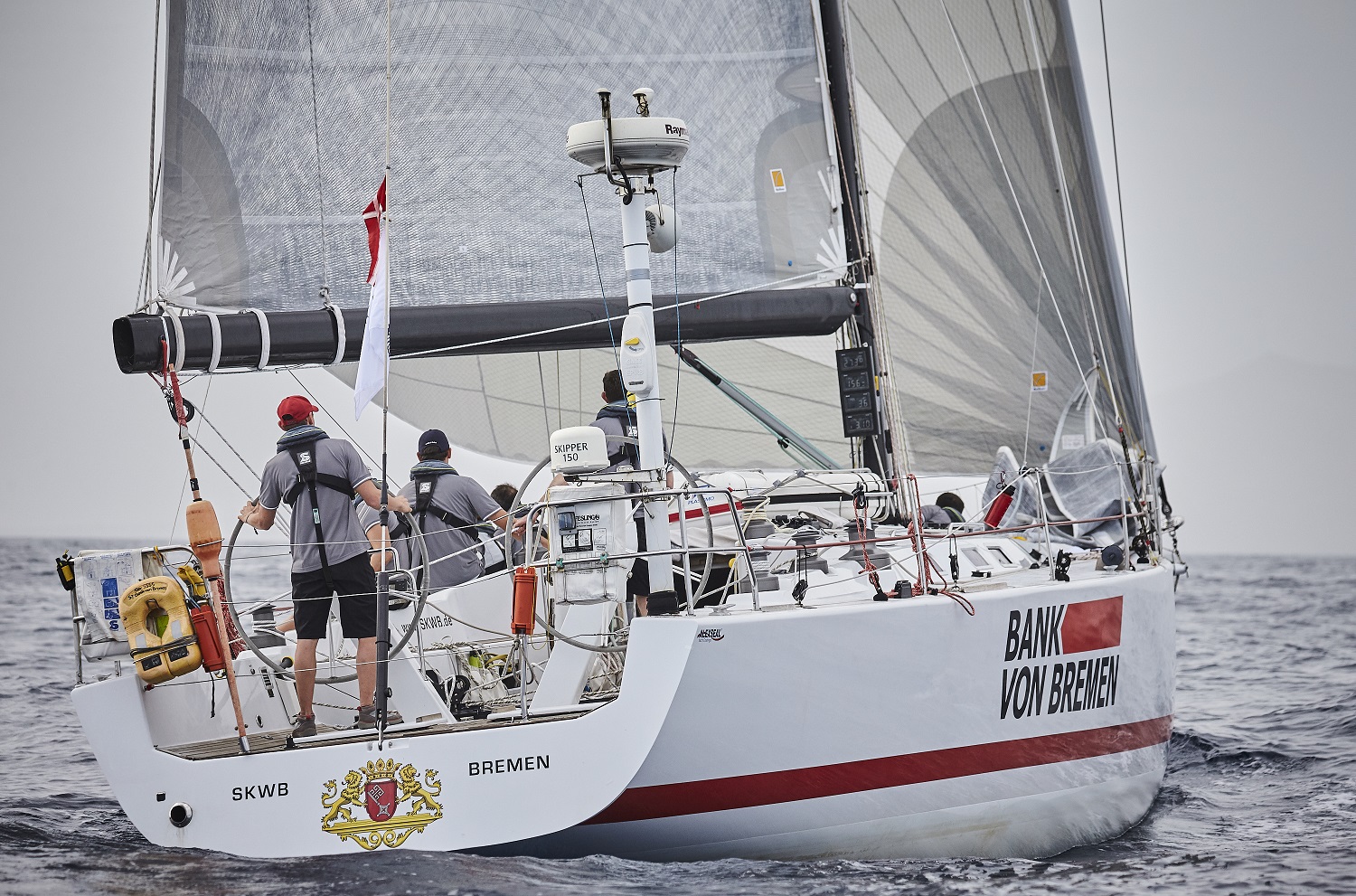 In IRC Two, the provisional leader is Richard Palmer's British JPK 10.10 Jangada which is racing Two Handed with Rupert Holmes. Here is a summary of their blog:

"Our spell in stereotypical tradewind conditions a few days ago didn't last long; a succession of squalls brought gusts into the upper 20s. After some spirited surfing that saw Jangada hitting 14 knots, the sea state became such that it was no longer feasible two-handed to continue with a spinnaker set. We then spent 24 hours running with a poled out No4 jib, or reaching with the jib and one reef in the mainsail, still hitting boat speeds well above 10 knots.
"However, the wind speed dropped to less than four knots. Unfortunately, the larger boats got past that point well before the high became established, so we've lost out compared to them. Nevertheless, we have a few in our sights that we can realistically overhaul on corrected time between now and the finish, and we're still leading both our own class and the two-handed division by a comfortable margin. In terms of distance, we're only halfway through this 3,000 mile race after 13 days at sea. That's certainly frustrating, but the second half should be much faster with a prospect of consecutive 200 plus mile days."