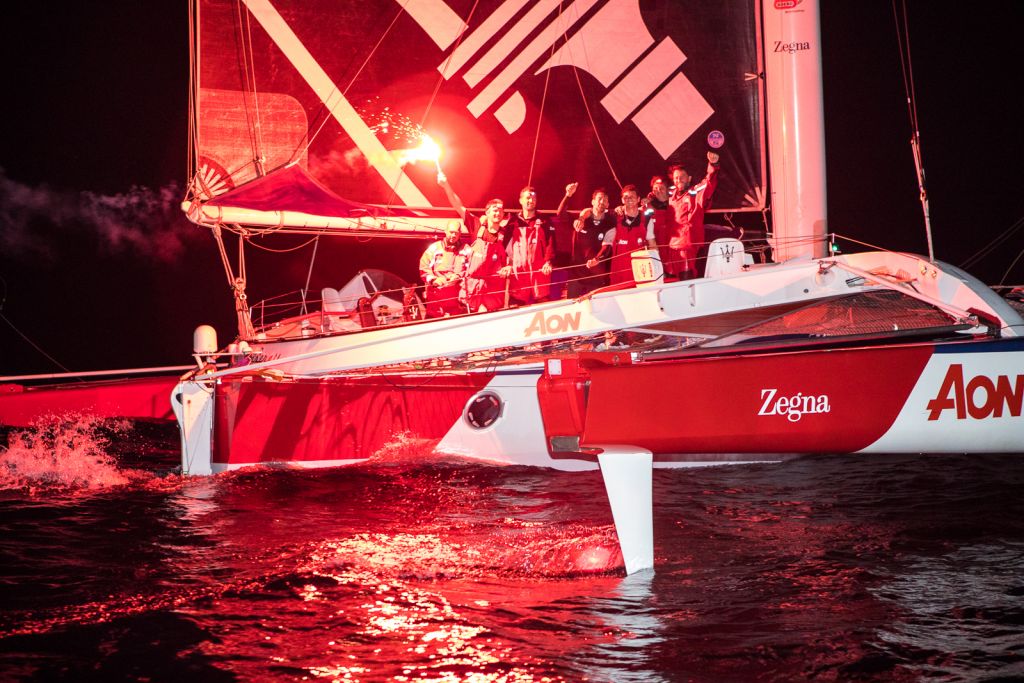 “We are happy as it was a very, very nice race,” commented Maserati Multi 70’s Giovanni Soldini dockside in Grenada. “It was very tight and just fantastic to be with PowerPlay in the ocean for so many days; and so close together. It was really exciting for us. We learnt a lot about our boat and also from PowerPlay. In the beginning, they were racing much deeper than us. We studied their strategy and it was really interesting. We shall look forward to the RORC Caribbean 600 in February as there will be three of us competing against each, and that will be just fantastic.”

The beer tastes really good in Grenada,” continued Soldini after the team were welcomed on the dock at Port Louis Marina after completing the 5th edition of the race which started from Marina Lanzarote on Saturday 24th November.

“That was pretty amazing. After the first night I thought, seven more days of this is going to be really rough, but it just got better and better,” enthused PowerPlay’s Peter Cunningham. “We had good speed and the weather was great, although a few squalls came in. It is such a great crew and with Eddie (Warden Owen, RORC CEO) joining us with all his stories, we were laughing all through the race. 500 miles out we were once again side by side with Maserati; it was incredible to go all the way across like that.”

Every boat is greeted on the dock by the RORC Race Team with cold beers and a welcome basket of local goodies from the Grenada Tourism Authority; much to the delight of Cunningham and the crew on the MOD70 PowerPlay: “On board, the food was good, but there was no beer of course, although we did have virtual gin and tonics at sundown! We have been discussing for two days what this first beer would taste like and it is as good as you could imagine.”

Next to arrive in Grenada will be the largest yacht in the race, Pier Luigi Loro Piana’s Baltic 130 My Song who at 0800 UTC have 1,171 miles to run and chasing the Monohull Race Record set by Nomad IV in 2015 of just over 10 days and 7 hours.

To follow the rest of the fleet, go to:-