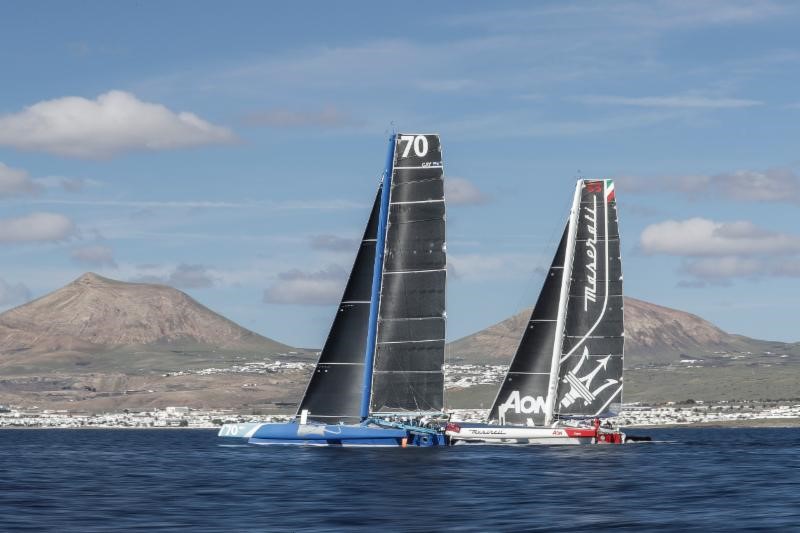 Giovanni Soldini's Maserati Multi 70 and Peter Cunningham's MOD 70 PowerPlay have been swapping the multihull lead right from the start. On the first day, the duo headed northwest, tacking southwest in unison, 73 miles above the rhumb line. A night-time game of cat and mouse ensued, with both teams electing to leave the island of La Palma to port, presumably to avoid the wind shadow from its 2,000m peak. At 1000 UTC on Day 2, both trimarans were heading southwest, upwind at over 13 knots of boat speed. The race was on to escape the expanding area of high pressure and reach the fresh breeze.

“We made a good start and as planned, we went to the north last night looking for good pressure and found good stable wind, but with a maximum of 18 knots we did have to make three head sail changes,” commented Andrea. “This morning we have seen the breeze go to the south and decrease in wind speed to 10 knots. We expect the wind speed to fade during today and we hope to get some enhancement in the channel between Tenerife and La Palma. All is good on board.” 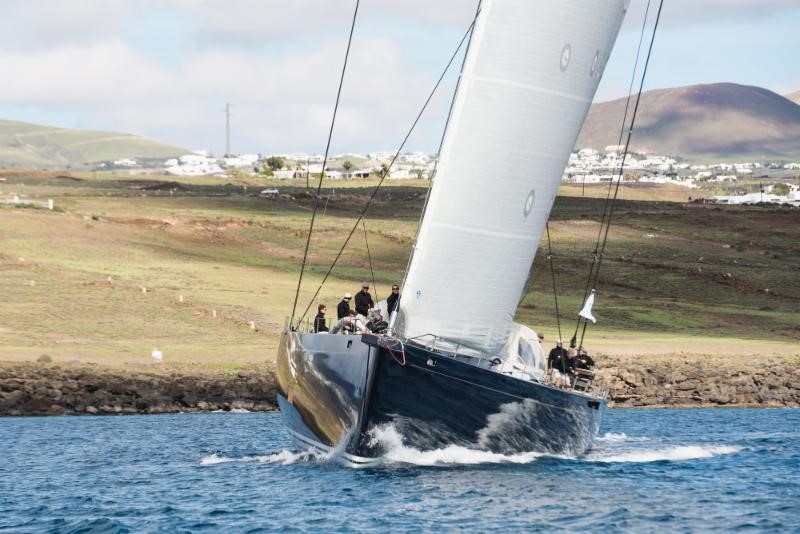 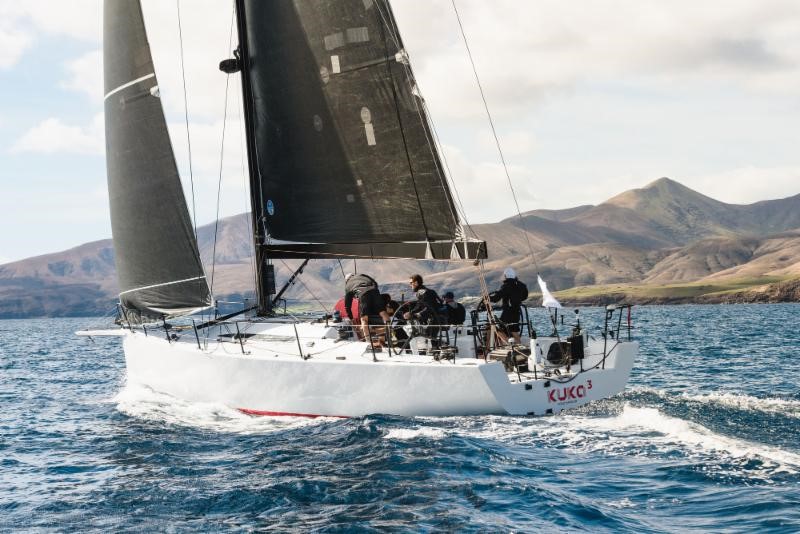 In the Class40 Division, Catherine Pourre's Eärendil and Henrik Bergesen's Hydra were battling for the lead. After racing northwest during the first day, Eärendil was the first to tack in the early hours of this morning and has taken the class lead. Trevor Middleton's British Sunfast 3600 Black Sheep is the most northerly of the fleet and looks to be in good pressure and is well placed in the IRC fleet.

Class40s at the start of the RORC Transatlantic Race from Marina Lanzarote - Sirius, Eärendil and Hydra © RORC

The RORC Transatlantic Race fleet have experienced better than forecast conditions for the first 24 hours of the race, however, the ridge of high pressure is expected to come into play for the second day. Whilst the wind speed will undoubtedly fall, keeping the boat speed at maximum could be a winning strategy. Once the teams reach the new breeze, solid trade winds are forecast for days to come. 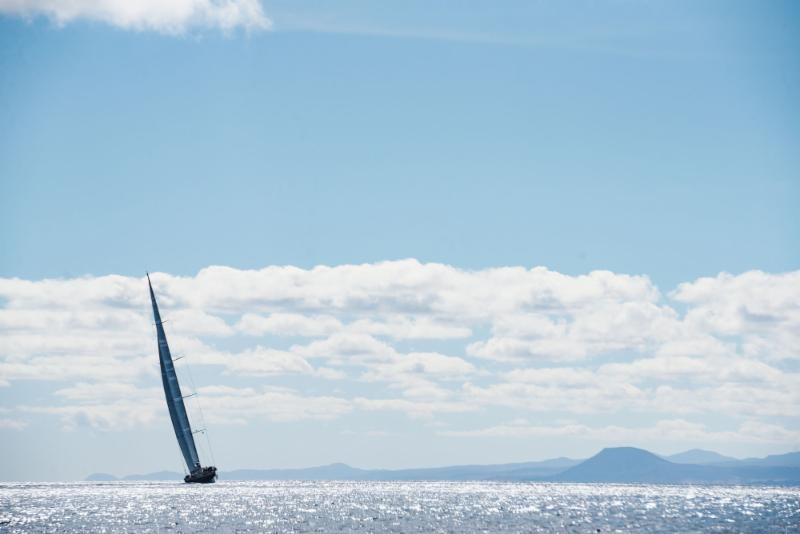