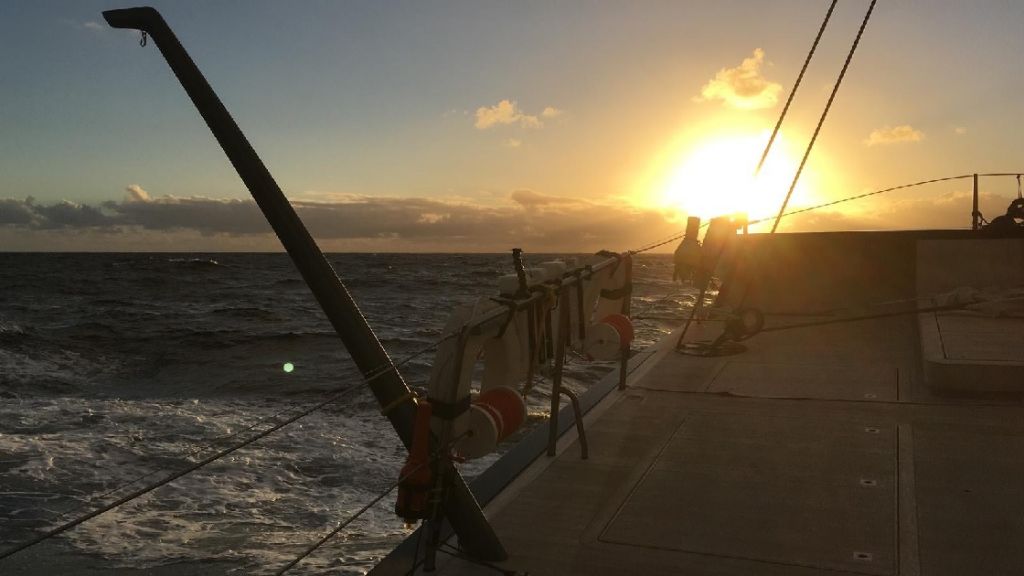 The leading multihulls are now approximately halfway along the course in the RORC Transatlantic Race having already sailed 1700 miles. Conversely, the smaller boats have only covered between 500 and 600 miles and still have around 2500 miles to go. The chasing pack made up of Black Sheep, Sirius, Xtra Staerk and Kali are now firmly in the trade winds and all are making good speeds in a south-westerly direction.

Having started from Marina Lanzarote at 1200 on Saturday 24th November, Giovanni Soldini’s Multi 70 Maserati and Peter Cunningham’s MOD 70 PowerPlay are currently travelling at over 20 knots and expected to reach Port Louis Marina in Grenada early on Saturday 1st December.

At 0800 UTC, on day five of the race, Maserati had a slender lead over PowerPlay having opted for a route slightly further to the south. The two boats had split tacks in an effort to gain an advantage over the other. Maserati is currently winning the battle having the advantage of being on starboard gybe and therefore able to use their foil but the latest position report had them just 2.4 nautical miles closer to the finish than their arch rival.

Giovanni Soldini reported yesterday afternoon: “The Ocean Match Race continues with PowerPlay. Today we were finally able to fly for a couple of hours but now the waves are too big and we need to slow down. Tonight we’re having pasta with garlic and oil – the ship’s stores are poor so we’ll have to get there fast!”

Around 500 miles astern of the two multis is Pier Luigi Loro Piana’s Baltic 130 My Song which is a mere 18 miles behind the current monohull record at this stage of the race. My Song is the new overall leader under IRC as Franco Niggeler’s Cookson 50 Kuka3 continues to head south towards the Cape Verdes, presumably with the aim of finding the strongest pressure. Trever Middleton’s Sun Fast 3600 Black Sheep is following a similar course to Kuka3 and continues to hold a comfortable third place in IRC.

The battle of the Class40s continues with Catherine Pourre's Eärendil edging further ahead of Henrik Bergesen's Hydra and currently holds a lead of around 16 miles.