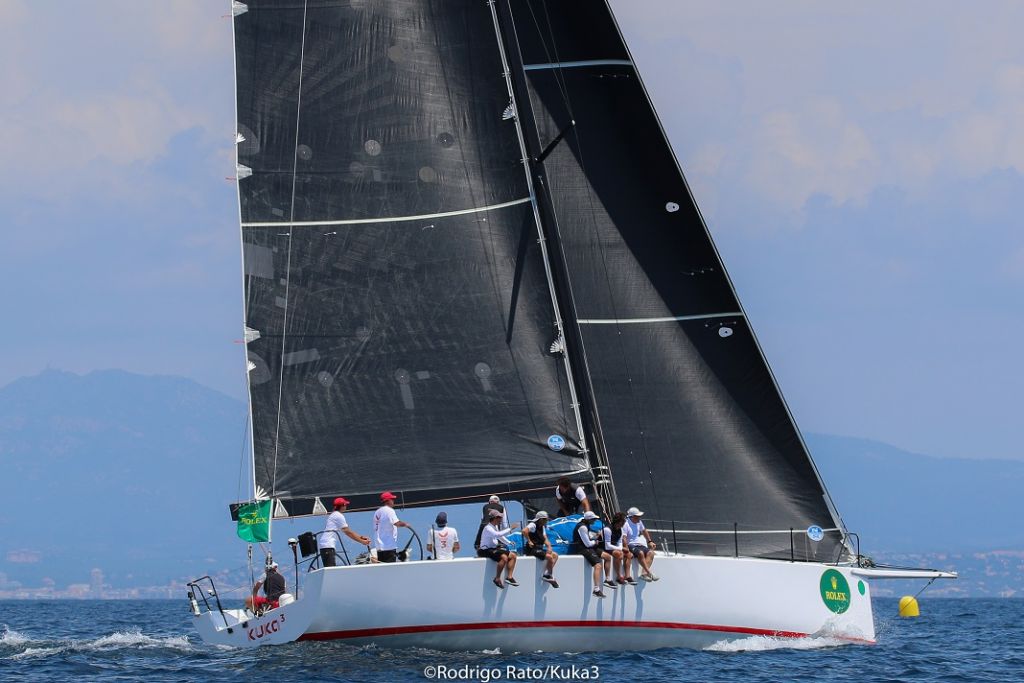 Crew from all over the world will be competing in the 2018 RORC Transatlantic Race which sets off from Marina Lanzarote, Arrecife on Saturday November 24th. The 3,000 nautical mile-long race to Grenada is the final challenge in the Royal Ocean Racing Club's 2018 calendar, and is an ideal way to bond a team together for the RORC Caribbean 600 in February 2019.

Franco Niggeler's Swiss Cookson 50 Kuka 3 is one of the favourites for the overall win decided by yachts racing under the IRC Rating Rule for the RORC Transatlantic Race Trophy.

"This will be my first Atlantic crossing and the first part of a project including the RORC Caribbean 600, the Transpac and the Rolex Sydney Hobart," commented Kuka 3's owner Niggeler. "The first few days will be very important with difficult tactical choices which could decide the outcome of the race. Our aim is to do as well as possible as we have a competitive boat and it is up to us to get the best out of it."

"I have lost count of the number of times I have raced across the Atlantic, but it is still a very special experience," commented Bermudez. "Competing with teams in the middle of an ocean, sometimes in difficult conditions, is a real challenge that I love. For Franco (Niggeler) this will be his first experience of racing across the Atlantic. He has a great spirit, as does the whole team." 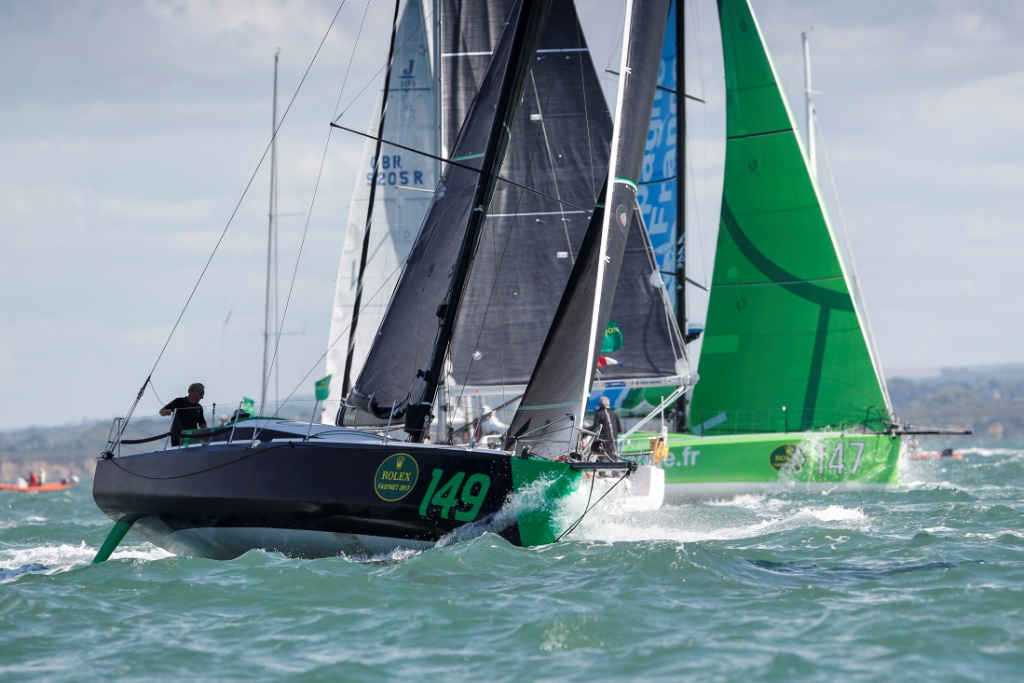 A new Class40 team in the early development stages of this class are aiming to get the best out of Henrik Bergesen's Norwegian Class40 Hydra © Paul Wyeth / pwpictures.com

Hydra is one of the latest generation Class40 designed by Owen Clarke. Launched in 2017, Bergesen's Hydra was 7th in the 26-strong Class40 fleet racing Two-Handed in the 2017 Rolex Fastnet Race. For the 2018 RORC Transatlantic Race, two British Class40 experts will be on board; Paul Peggs and Pip Hare. Skipper Tristan Kinloch, with plenty of big boat experience, will lead the Hydra crew.

"This is the first RORC Transatlantic Race for all the crew, but between us we have crossed the Atlantic many times," commented Kinloch. "We are a new team, and for myself and the owner, this will be by far the longest we have spent racing Hydra. Being constantly wet unable to shower and eating freeze dried food for two weeks will be the biggest challenge!" 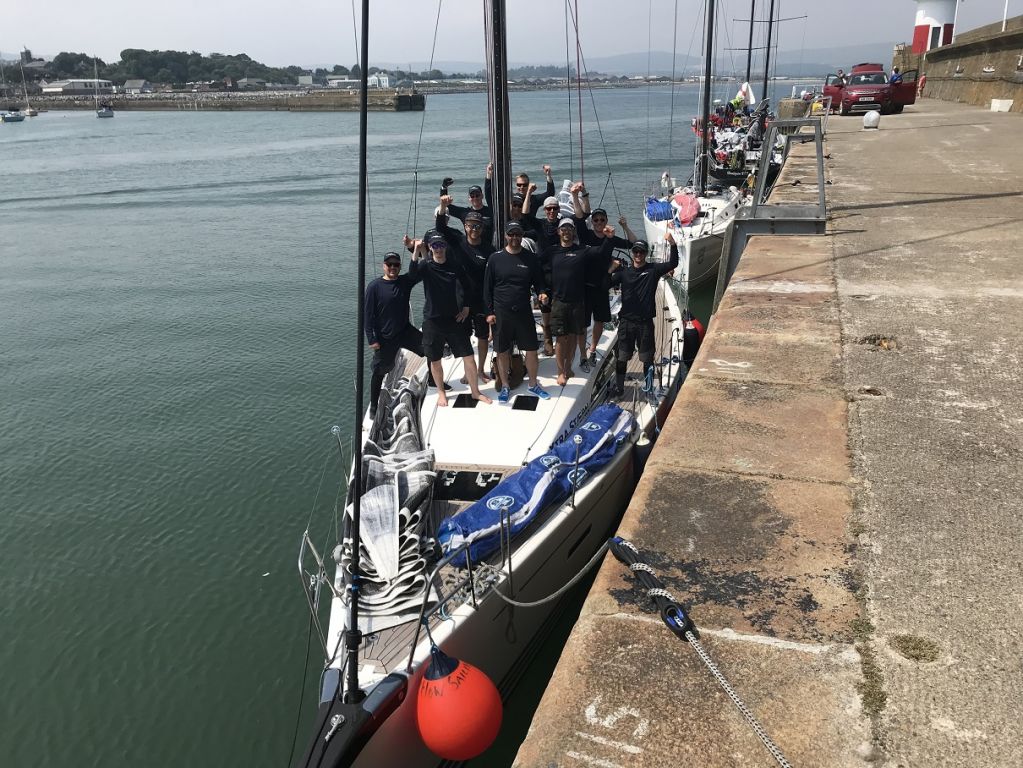 Arto Linnervuo's Xp-44 Xtra Staerk has an all-Finnish eight man crew who have been sailing together since 2016. The overall goal of the team is to promote Finnish offshore racing by attracting more teams from Finland to race with the RORC. The team have even released a Spotify single - Olen Suomalainen (meaning 'I'm Finnish') - which was professionally produced in a Helsinki studio! Xtra Staerk bowman Tuomas is on lead vocals, skipper Arto is the chorus! https://open.spotify.com/track/5E3NL2CD53BvlVWMwrIuEk

"We won IRC One in our first race in the 2018 Volvo Round Ireland Race," commented Linnervuo. "We aim to race across the Atlantic fast, but safely. When racing, we always want to win, but also have fun, paying attention to keeping a good atmosphere on board. We expect tight competition offered by the great teams participating in the race. After the RORC Transatlantic Race the team is planning to participate in the RORC Caribbean 600, Rolex Fastnet Race and Rolex Middle Sea Race."

The closing date for entries for the 2018 RORC Transatlantic Race is the 5th November and for further information, please contact the RORC Race Team: This email address is being protected from spambots. You need JavaScript enabled to view it.