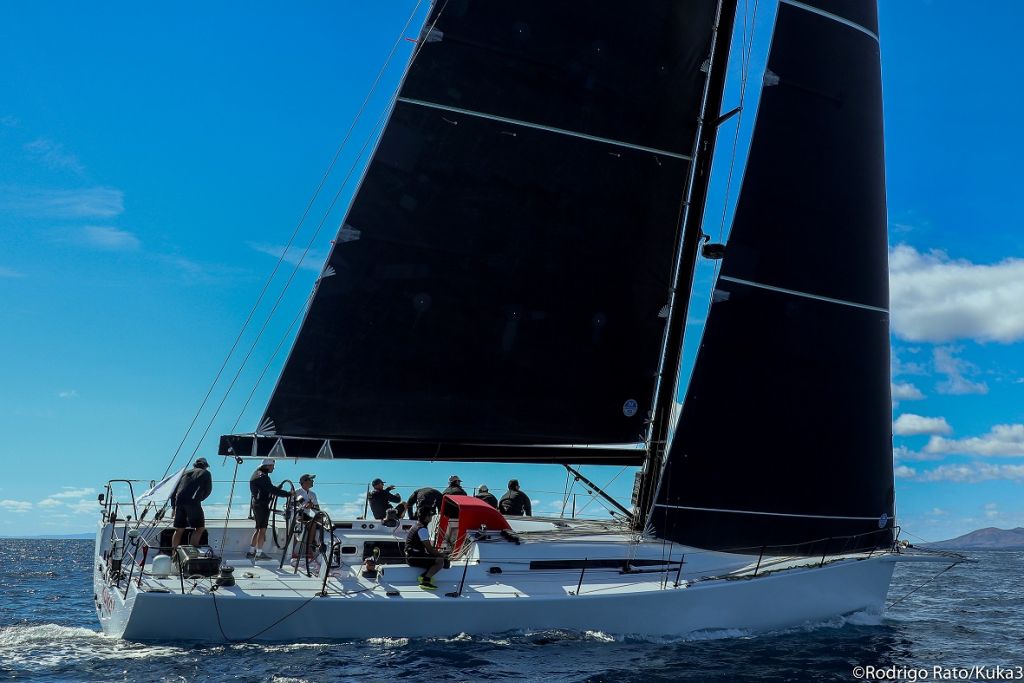 At 1200 UTC on 29 November, Giovanni Soldini's Multi70 Maserati and Peter Cunningham's MOD70 PowerPlay were into the sixth day of their high-speed duel in the RORC Transatlantic Race. Both teams were just under 1,000 miles from the finish at Camper & Nicholsons Port Louis Marina in Grenada. The latest position report showed that Maserati was just 13 miles further from the finish than PowerPlay with both multihulls hitting well over 20 knots of boat speed.

Giovanni Soldini sent this message from on board Maserati;

“Everything is going well and we have 25 knots of wind coming from east. Now we have both gybed south and we should have a good advantage over PowerPlay. We’re sailing with gennaker and full main; the moon shines on the waves and Maserati Multi 70 darts with wild accelerations between 25 and 33 knots of speed. It’s almost impossible to sleep – you have to strap yourself into your bunk! We are happy and determined; the finish line is close and we will do our best as always!” 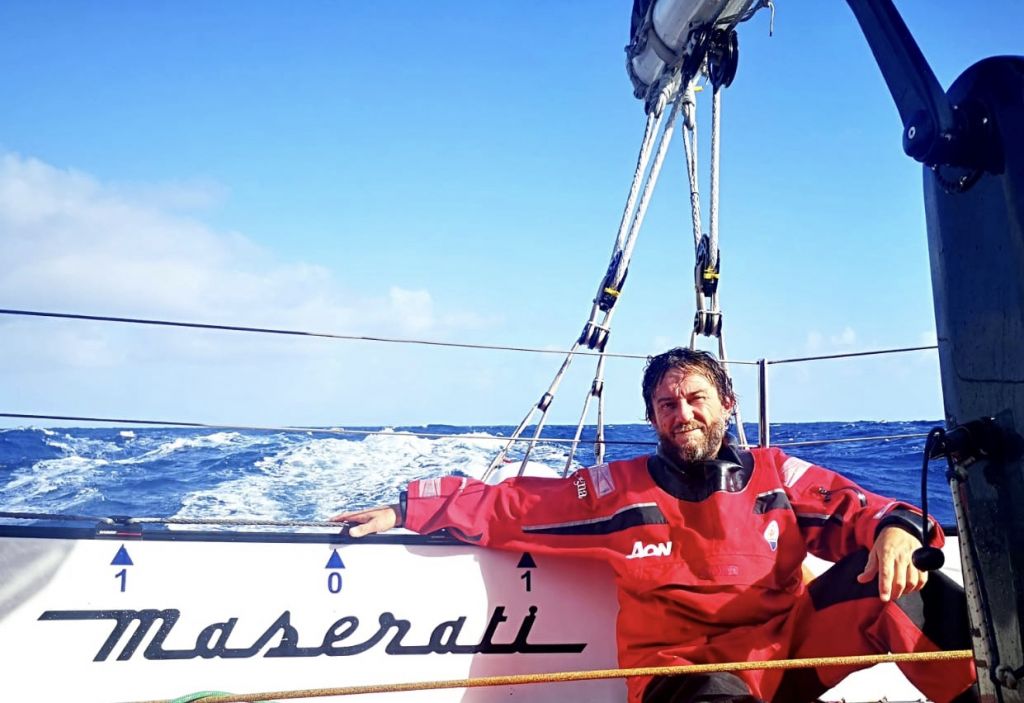 Happy and determined on Giovanni Soldini's Multi 70 Maserati, with 1,000 miles to run © Soldini/Maserati

Franco Niggeler's Swiss Cookson 50 Kuka3 was estimated to be in pole position for the overall win under IRC. However, Kuka3 developed an engine problem, believed to be an issue with the starter motor. Whilst engines cannot be used for propulsion, it generates electricity for essential systems on board.

“We understand that Kuka3 made a short (approx. 4 hour) stop in the Cape Verdes to fix a problem with their engine,” commented RORC Deputy Race Manager, Tim Thubron. “They are allowed to do this under the rules of the race and on the assumption that they adhered to this (which we believe they did) it is unlikely that any penalty would be imposed. We will of course need to see the full facts on their declaration form before any final decision is made.” 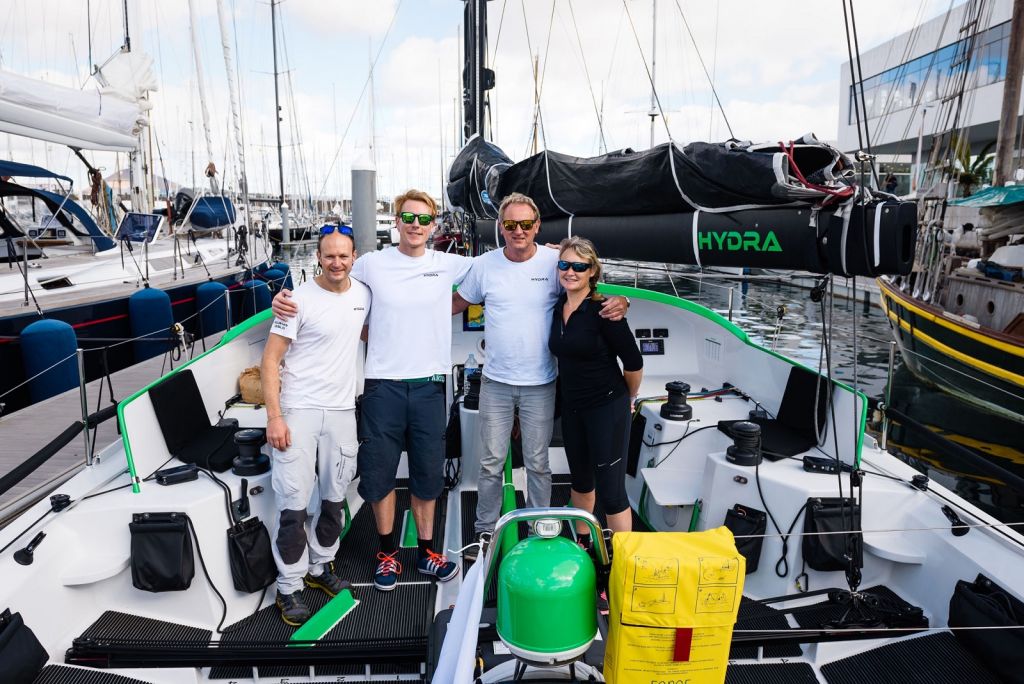 In the Class40 Division, Henrik Bergesen's Hydra has also reported a problem on board. Skipper Tristan Kinloch contacted the RORC Race Team on Thursday morning to say they have some rudder issues which are not serious. However, they are also heading to the Cape Verde Islands to try and resolve the problem, and expect to arrive in the Cape Verde Islands on Friday morning (29 November) and will send an update with any further information.

The Italian Supermaxi My Song, sailed by International Maxi Association member Pier Luigi Loro Piana, was 1,657 miles from the finish, just two hours behind course record pace and estimated to be leading the fleet after IRC time correction.