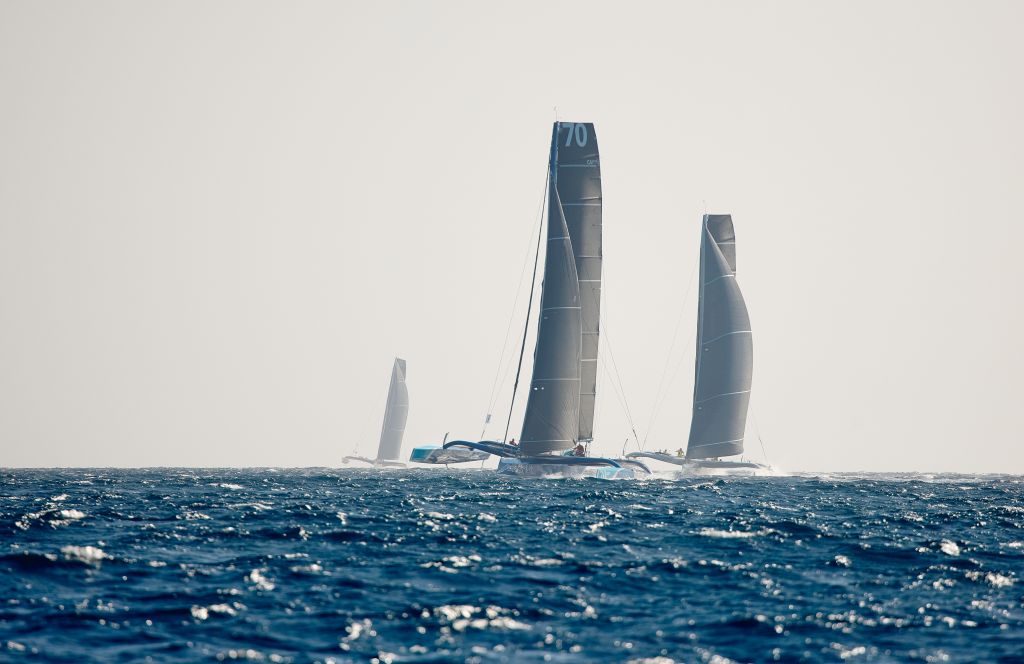 A thrilling finish is shaping up for multihull line honours between PowerPlay, Argo and Maserati © James Mitchell/RORC

On the sixth day of the RORC Transatlantic Race a thrilling finish is shaping up for multihull line honours between PowerPlay, Argo and Maserati. The 100ft Maxi Comanche (CAY), skippered by Mitch Booth is estimated to be over two days ahead of the monohull race record and win for the IMA Trophy for monohull line honours. All the crew are well on Black Pearl but there was sad news from the team mid-Atlantic. Plus, updates from Jangada and even poetry from Tonnerre de Glen.

In the light airs of day 5, the crew on Peter Cunningham’s MOD70 PowerPlay (CAY) is getting ready for the return of the trade winds for the final push to the finish at Camper & Nicholsons Port Louis Marina in Grenada. Paul Larsen sets the scene (12 January 2200 UTC), as the threat of losing the lead intensifies from astern. 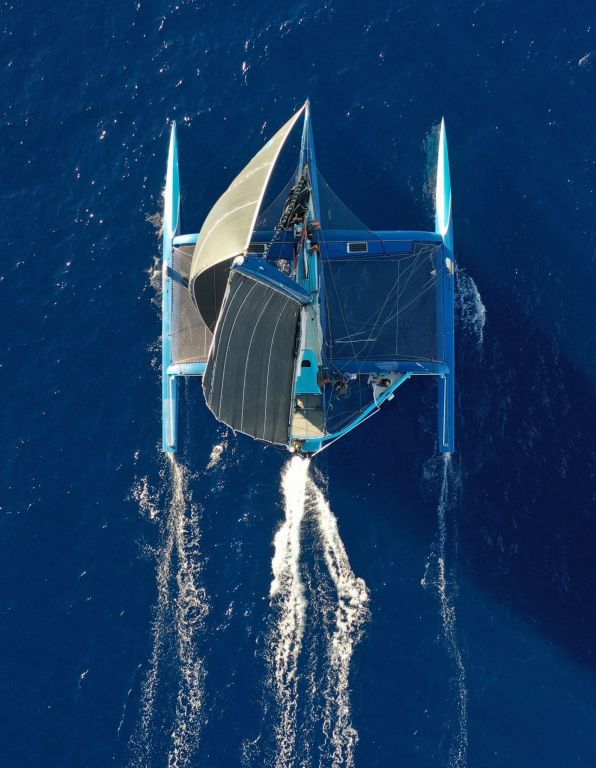 “On the last daylight watch the wind hit double figures again. We gybed and headed south as Miles (Seddon) relayed the news that Maserati had overtaken Argo and was three knots quicker than us on the last sched. Nothing sharpens a racer’s focus more than news of lost miles. These light days suit us just fine... but there’s still 1,000 miles to go. With respect to our foiling hunters, never laugh at the crocodile until you cross the river…"

Giovanni Soldini’s Multi70 Maserati (ITA) and Jason Carroll’s MOD70 Argo (USA) continue to stalk PowerPlay. Maserati has hit the turbo charge by way of their 4-point lifting foils. Hitting over 25 knots of boat speed, Maserati was significantly faster than PowerPlay. Chad Corning reported in from MOD70 Argo that earlier in the race: 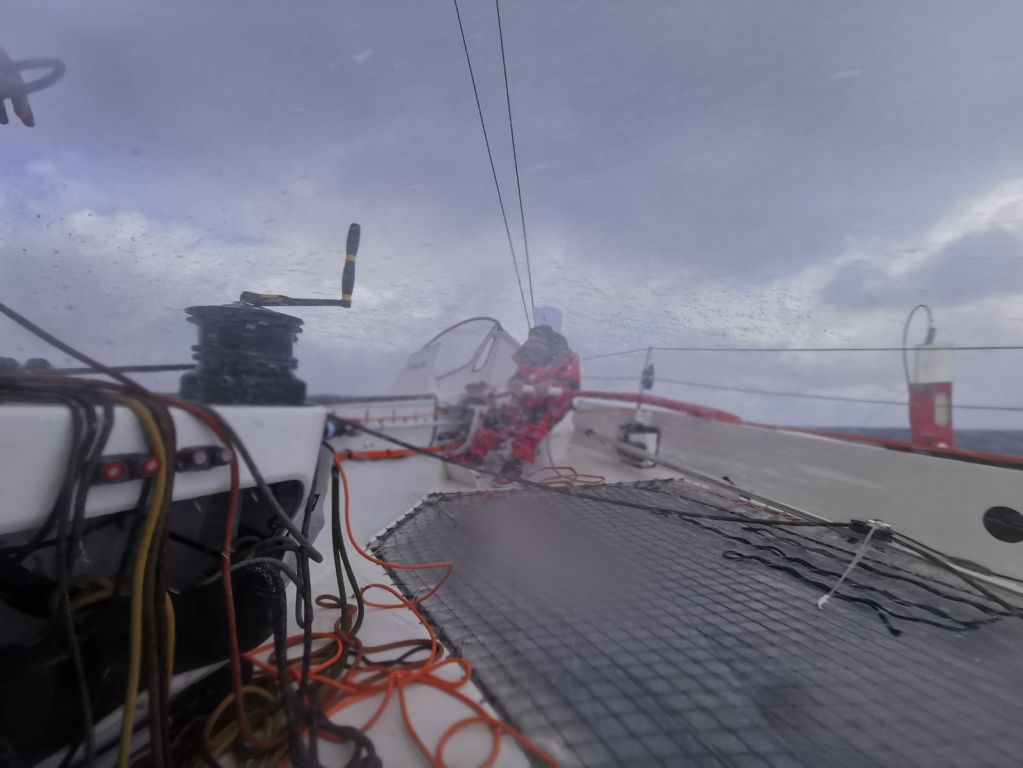 “The bottom portion of our port rudder broke away in the confused seas after it had been weakened following an impact with an object.” Chad continued, “We can’t push as hard on port, so we are trying to find the balance between safety and speed, looking for opportunities to get onto starboard to let the boat rip. Not much in it in the last pos. report all 3 MODS within 39 miles now.”

The three 70ft trimarans are expected to finish the race at around midnight UTC on Friday 14th January. PowerPlay has led from the start, but the victory is very much in the balance. 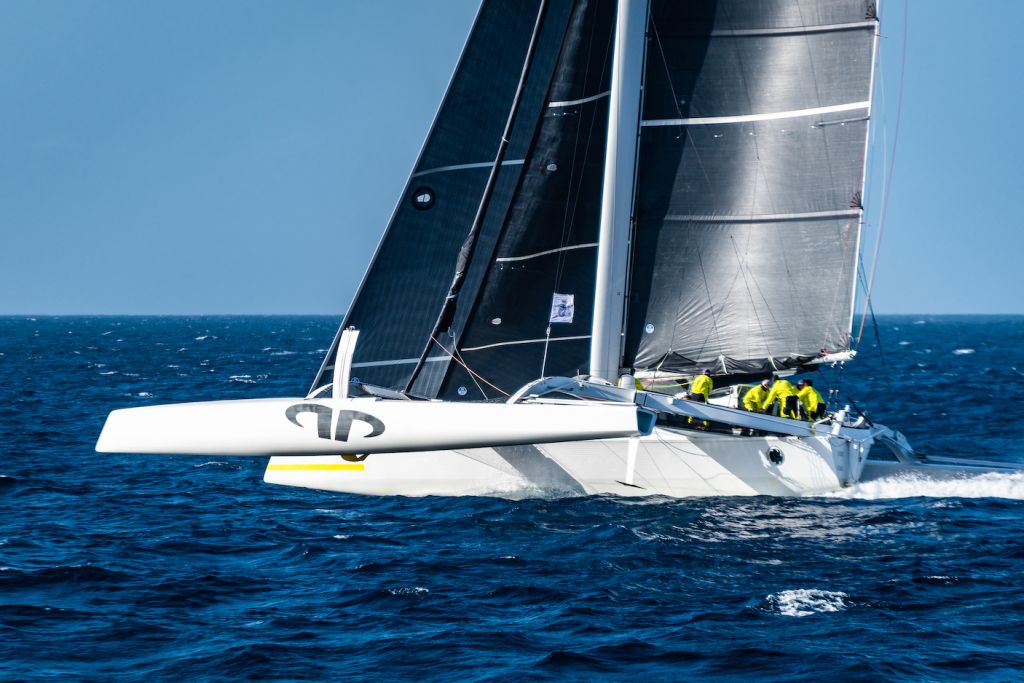 Volvo 70 LF Trifork (DEN) with Joern Larsen at the helm is under 1,300 miles from the finish and is ranked first in class and overall after IRC time correction. L4 Trifork has slingshot around a low-pressure system and heading south towards Comanche’s position. L4 Trifork is unlikely to overtake Comanche, but the Danish Volvo 70 is liable to narrow the margin, and the next 500 miles has a forecast of tricky, lighter conditions. Volvo 70 I Love Poland (POL) and The Austrian Ocean Race Project’s VO65 Sisi (AUT) have a battle to the north of the class leaders and have both turned their bows south. Riding the wind and waves south with the air temperature rising will be luxurious compared to the battering they have experienced in the cold north. 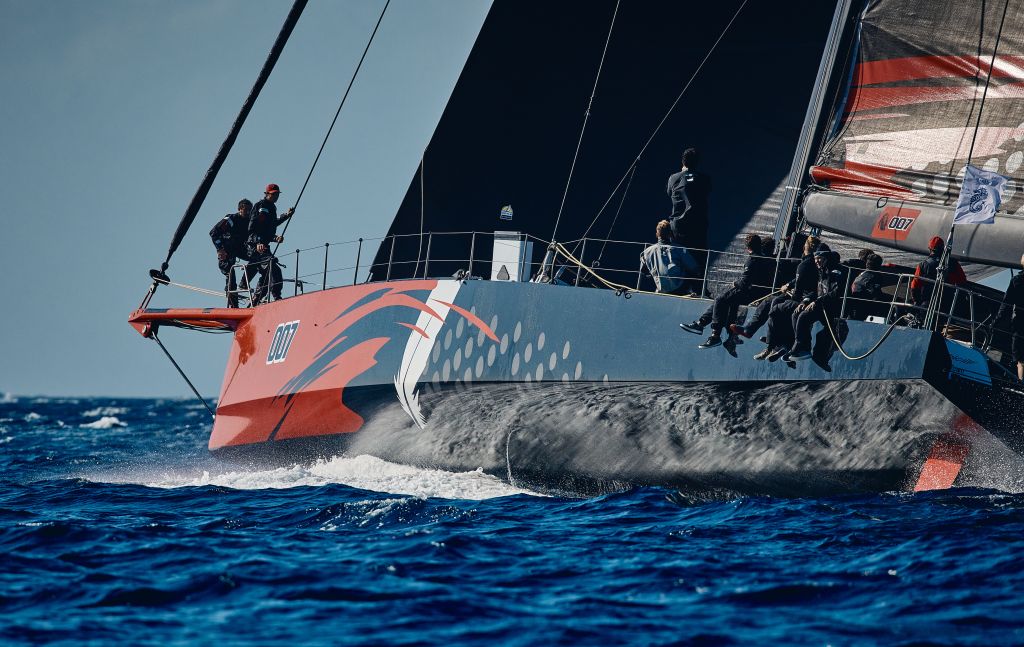 The 100ft Maxi Comanche (CAY), skippered by Mitch Booth is estimated to be over two days ahead of the monohull race record and win for the IMA Trophy for monohull line honours © James Mitchell/RORC

At 15:32 UTC 12 January, Botin 56 Black Pearl contacted the RORC Race Team to retire from the race."We are retiring from the race due to a broken mast. All on board are OK. We are 800 miles west of the Canary Islands and trying to make our way there under jury rig with engine." The RORC Race Team has established communications with Black Pearl and will standby to give assistance if required. 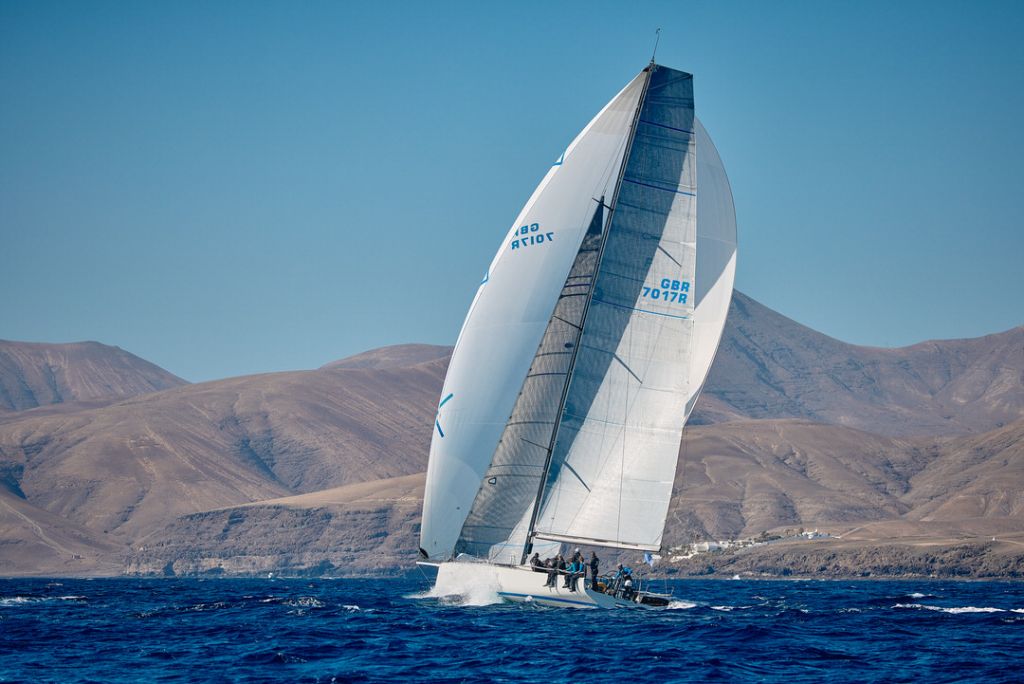 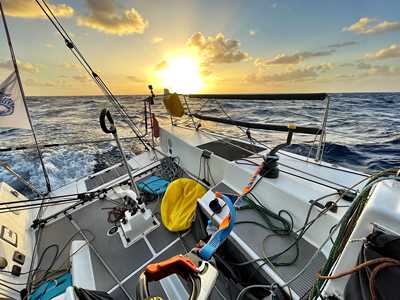 Richard Palmer’s JPK 1010 Jangada (GBR), racing two-handed with Jeremy Waitt, is having a distinguished race. Jangada is ranked top boat after IRC time correction in a highly competitive class. Ross Applebey’s Oyster 48 Scarlet Oyster (GBR) is ranked second. The pair have passed the low-pressure system just to the south, resulting in the wind going well forward of the beam with a significant increase in sea state. Andrew Hall’s Lombard 46 Pata Negra (GBR) is leading on the water and ranked third after IRC correction. Pata Negra is just north of the rhumb line battling into head winds! Far to the north, Jacques Pelletier’s Milon 41 L’Ange de Milon (FRA) has slingshot over the top of the low and is undoubtedly getting ready to hoist downwind sails and blast south.

The 2022 RORC Transatlantic Race is proving to be a very competitive, highly complex race. However, the spirit of racing across the world’s second largest ocean is an emotional experience for every sailor. Typified by François-Xavier Li, racing on the Ker 46 Tonnerre de Glen: 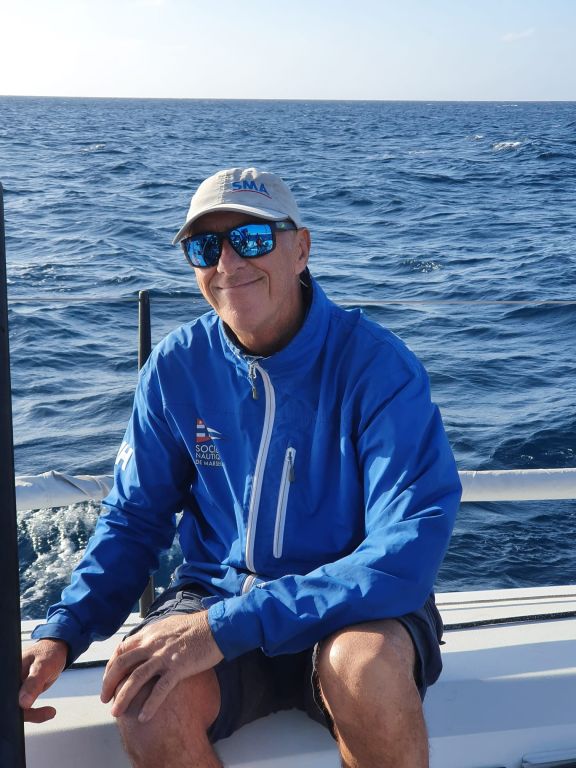 (ENG) -  “Poseidon sent us a slew of dolphins that played with the bow of the boat for several minutes ... a magical dance! Zeus sends us a moon that lights up our nights, extraordinary rainbows and clouds that look like cotton candy. We still do not have the famous trade winds or the conditions of a usual transatlantic in January ... we will have to complain to the travel agency ;-) Life is good and we are enjoying ourselves!”