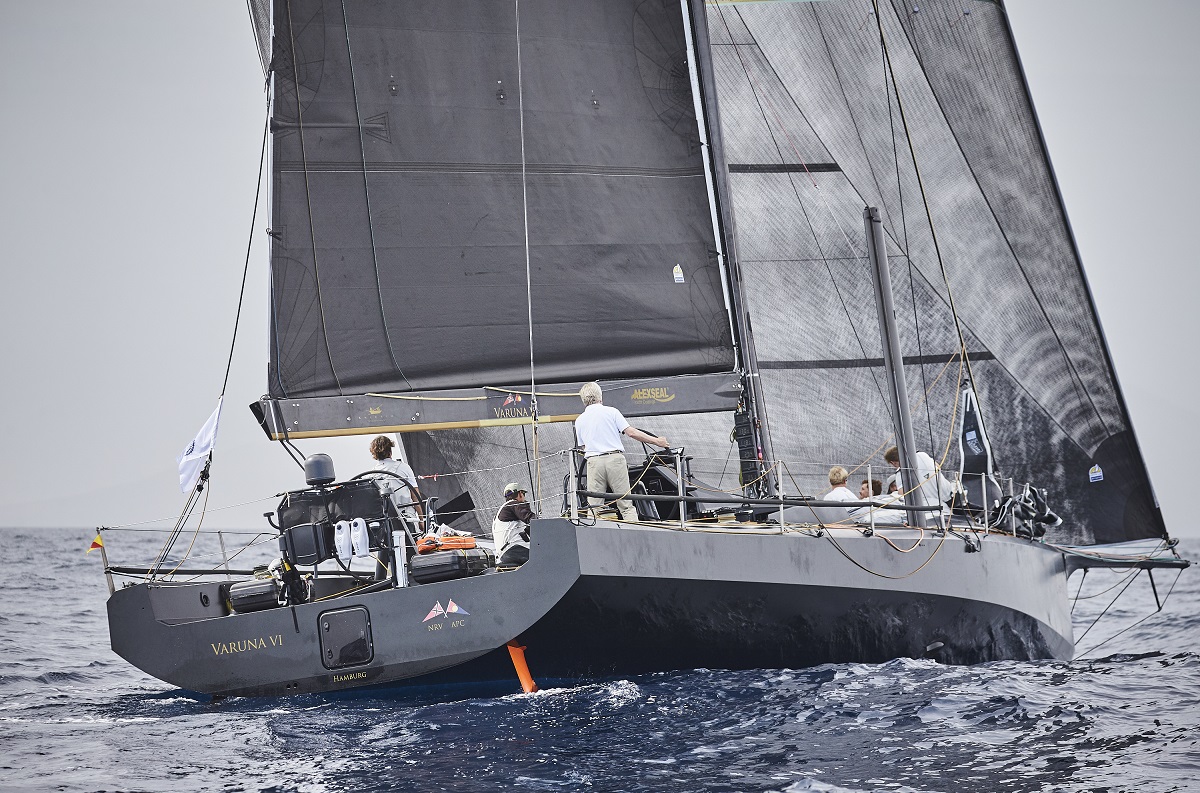 Jens Kellinghusen's German Ker 56, Varuna had a promising race ahead of them before being forced to retire from the first leg of the Atlantic Anniversary Regatta - the RORC Transatlantic Race from Lanzarote to Grenada © RORC/James Mitchell

In the early hours of Monday 27th November, Jens Kellinghusen's German Ker 56 Varuna was leading the charge north of the rhumb line in the RORC Transatlantic Race - the first leg of the Atlantic Anniversary Regatta - and estimated to be leading the race after IRC time correction. On the YB Tracker, Varuna was observed to turn back towards the Canary Islands and contacted the RORC Race team to report that they had a structural problem.

"Crewman, Michi Mueller reported a problem on the starboard bow at 0520 GMT on Monday 27th November. Varuna was in 20 knots of wind, close hauled in two metre seas," commented Varuna's navigator, Mike Broughton via satellite phone. "We immediately bore away to ease the slamming on the hull and turned the boat downwind. There was water ingress on the starboard bow and we readied our liferafts and grab bags and contacted the RORC Race Team to report the problem. Meanwhile our two boat builders on board fixed a carbon floorboard over the problem area and held it in place with two perpendicular struts, which is holding very well. We are very disappointed to retire from the race and we are heading back to Lanzarote - all crew are well on board."

Mike Broughton, navigator for Jens Kellinghusen's German Ker 56 Varuna reports by satphone about the structural problems that forced their retirement from the 2017 RORC Transatlantic Race, the first leg of the Atlantic Anniversary Regatta;

Meanwhile, Ludde Ingvall's Maxi CQS made short work of the transition zone to the south of the rhumb line, slowing down for just four hours before reaching fresh breeze from the north east. At 0900 GMT the third day of the race, the Australian 98ft canting maxi was enjoying downwind conditions in a moderate breeze, gybing to keep in the best pressure:

"We are very happy with the decision to go south and we are now in the start of the tradewinds and see no major problems as we settle down and head towards Grenada," commented Ludde Ingvall. "The crew are all in good spirits and working hard. We were anxious about Varuna and glad to hear that they are in control of the situation and heading back to Lanzarote."

Ludde Ingvall talks about his decision to go south in the RORC Transatlantic Race/AAR and how the crew are settling into the race on board CQS, the Australian maxi;

Hatha Maris is the first all-woman team in the RORC Transatlantic Race. Skipper Lyssandra Barbieri explains that the name of the Dufour 40 means sun and moon of the sea. After passing through the Canary Islands, Hatha Maris is heading south. Here is a summary of their race so far from crew member, Thalita zur Werra;

"On the first night we had a good 20 knots of breeze and quite a big swell, so it was great sailing. Nicole (Badertscher) is on her first bluewater offshore experience and she was so fascinated by all the fluorescent plankton; not only in the wake of the boat, but also when you flush the toilet! Nicole and I are on the same shift and as we are Swiss, we like to have a good breakfast, so she cut up some fresh fruit and prepared muesli. Unfortunately, we had strong wind and a 4m swell ... and ooh ups; fruit salad on the floor. Bowls of food do not stay in place on a boat unless you hold them! All the forecasts said there would be a big wind-hole north of Tenerife due to the southerly wind. Hahaha. We put two reefs in as we had 25 knots of wind and a 30 degree heel. I like this kind of wind-hole! Now we are passing Tenerife and heading south. We are on deck together and sailing into the sunset. Everybody is getting used to be on the boat and to the watch system." 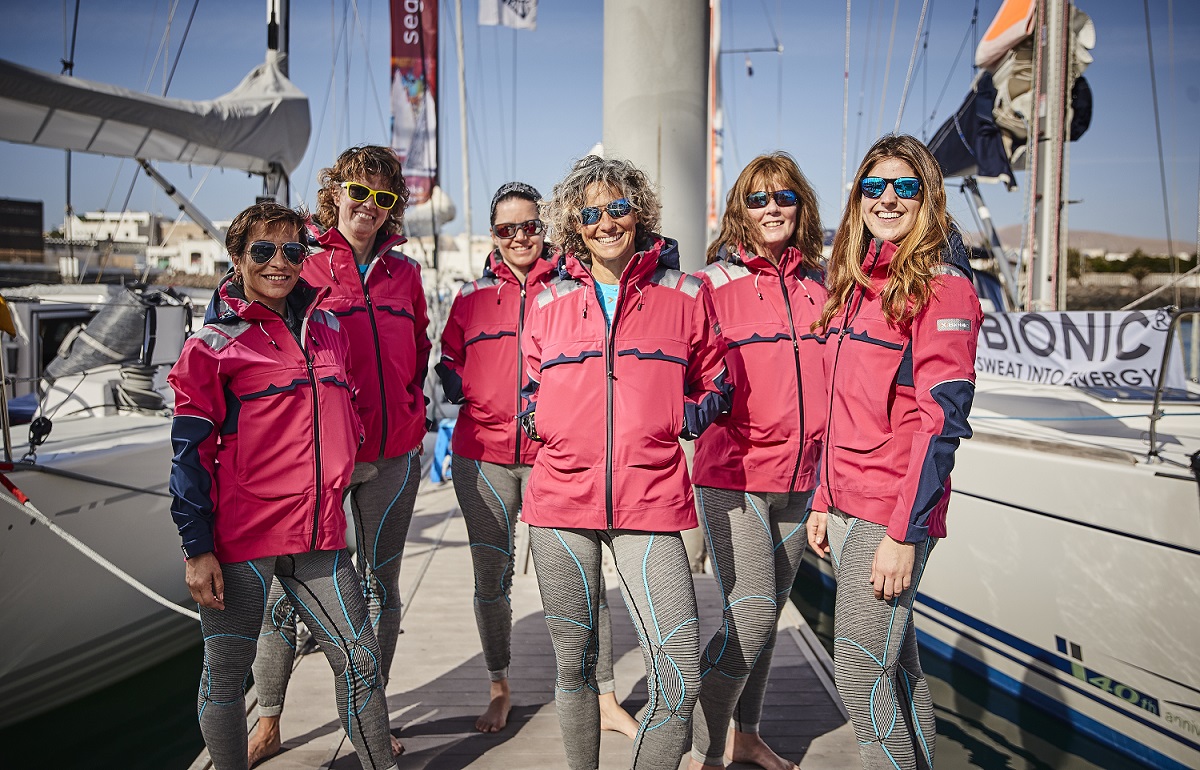