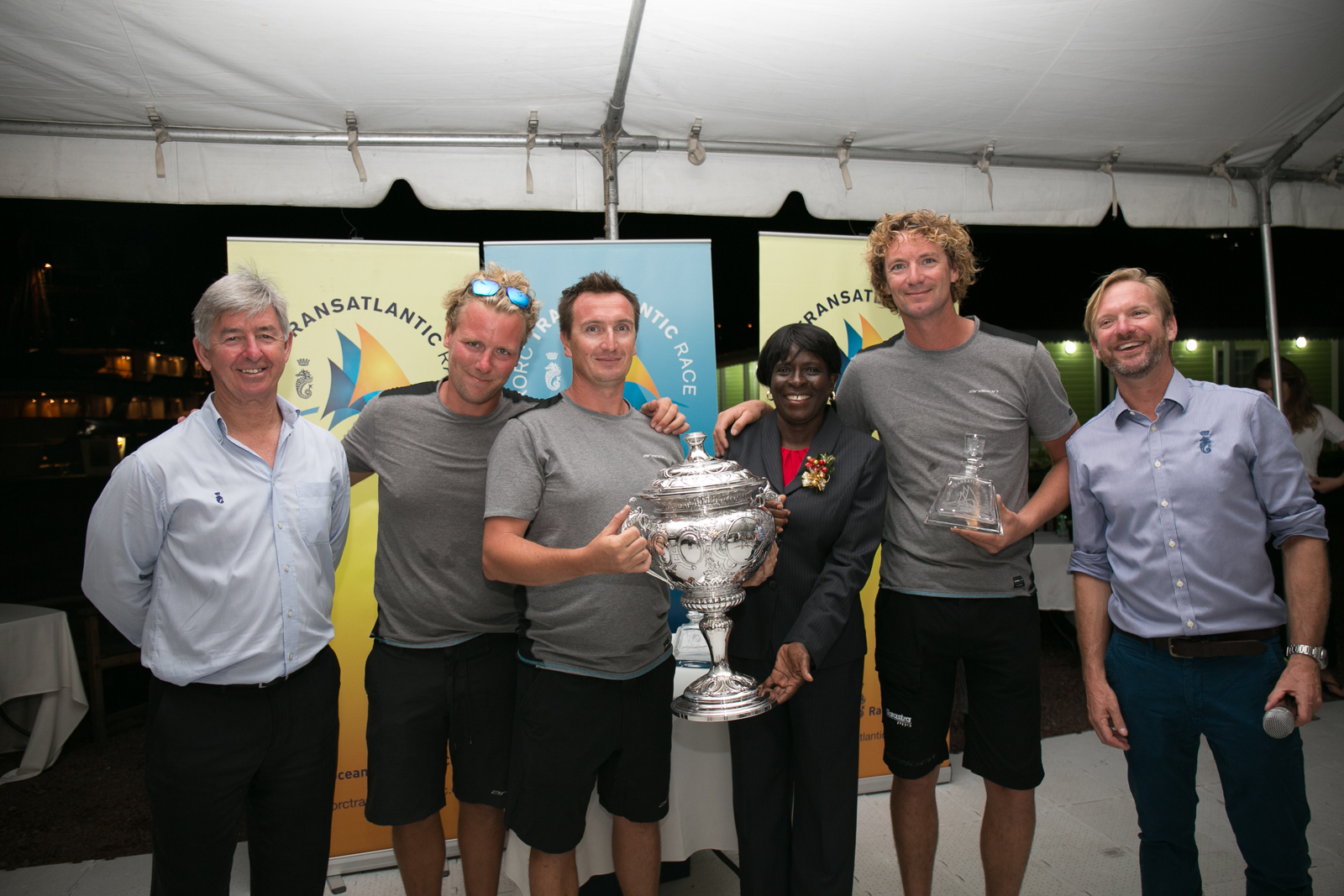 Arco Van Nieuwland and Andries Verder's Dutch Marten 72, Aragon has been declared the overall winner of the 2016 RORC Transatlantic Race and the winner of IRC Zero © RORC/Arthur Daniel

Arco Van Nieuwland and Andries Verder's Marten 72, Aragon has been declared the overall winner of the 2016 RORC Transatlantic Race and also the winner of IRC Zero. Skipper of the Dutch Maxi, Nicolas Lecarpentier collected the RORC Transatlantic Race Trophy at a presentation held in Camper & Nicholsons Port Louis Marina and back in Holland, Aragon's owners held a private party where the rest of the crew, family and friends watched the presentation via internet connection.

Aragon had some tough moments during the 14 days racing in the RORC Transatlantic Race as co-owner, Andries Verder explained: “The weather was very challenging and that was the stressful part of the race; we were trying to save every second; this was a transatlantic race and we always had that in our minds. We blew out a few spinnakers, but we managed to keep up our speed and performance and we finished the race with everybody safe and sound. The boat performed very well and as expected. A large part of that is excellent planning; without that, small issues can easily damage your chances of winning. Everything held up perfectly and that is due to very good preparation. We also have a good spirit in the team and that friendship, combined with the preparation of a great boat, is a winning combination. It was wonderful to arrive in Port Louis and receive such a fantastic welcome.” 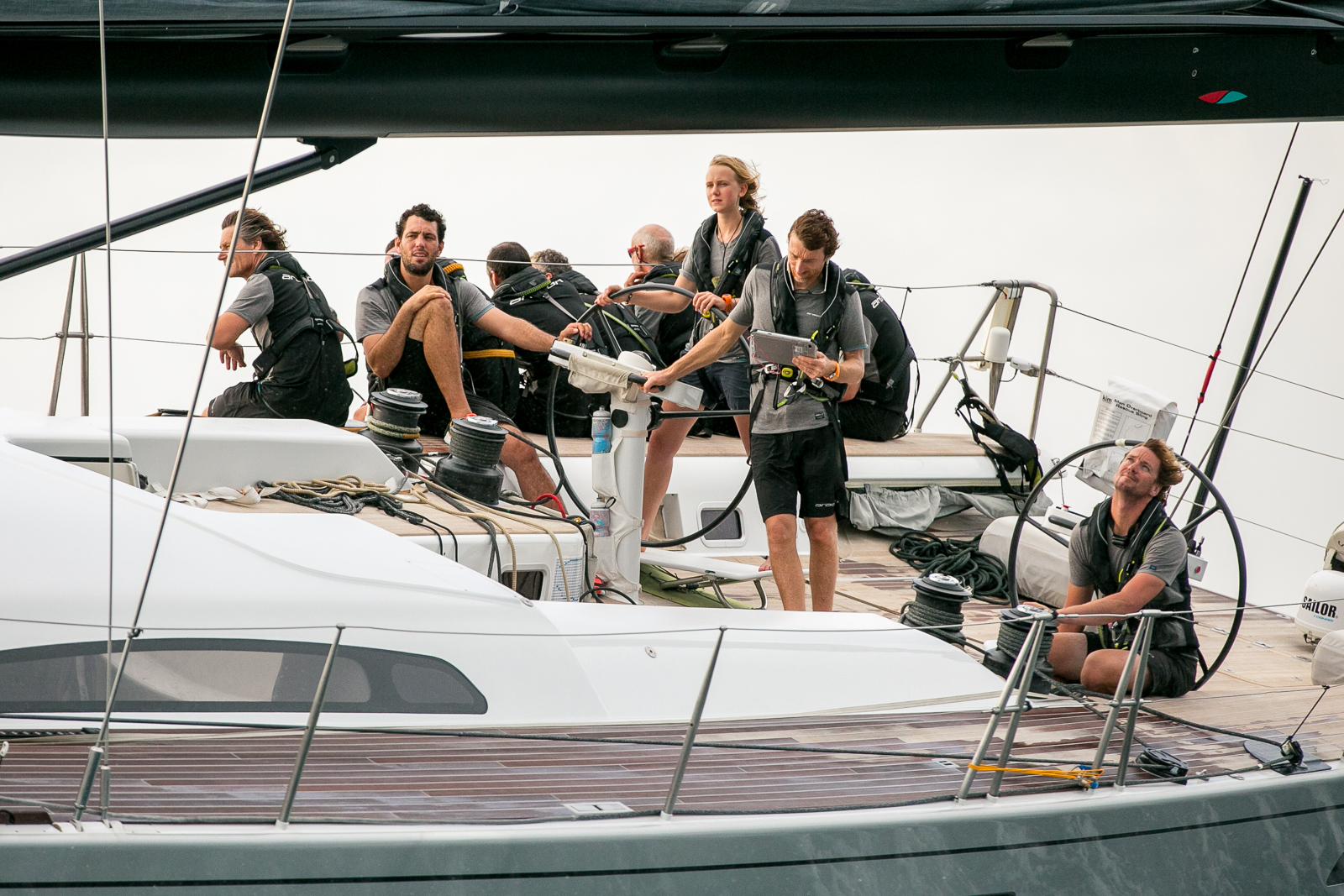 The youngest sailor in the RORC Transatlantic Race, 18-year old Anna Van Nieuwland was at the helm of her Father's Marten 72, Aragon as the team crossed the line in Grenada © RORC/Arthur Daniel

Halvard Mabire and Miranda Merron's Campagne de France was presented with a RORC Transatlantic Race Decanter as winner of the Class40 Division and Laurent Pellecuer's Seconde Chance was declared winner of IRC One. 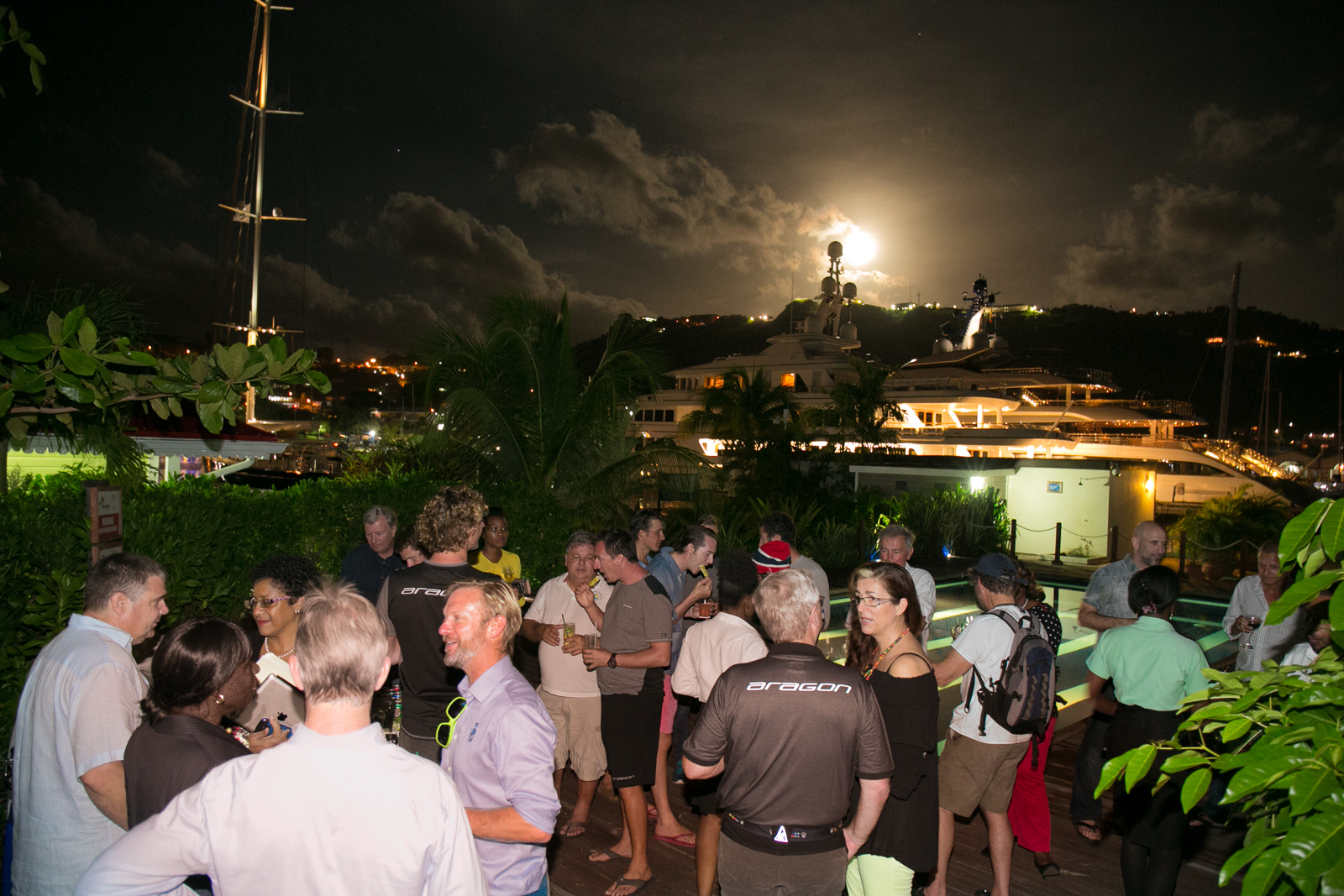 After the awards ceremony, a Caribbean supper and a private bar were provided by the Royal Ocean Racing Club, which was thoroughly enjoyed by all. It was not an early night for competitors who had just raced 3,000 miles from Lanzarote to Grenada in the third RORC Transatlantic Race. Celebrating their achievements, whether prize winners or not, the live music led to a buzzing dance floor and a great evening at Camper & Nicholsons Port Louis Marina. 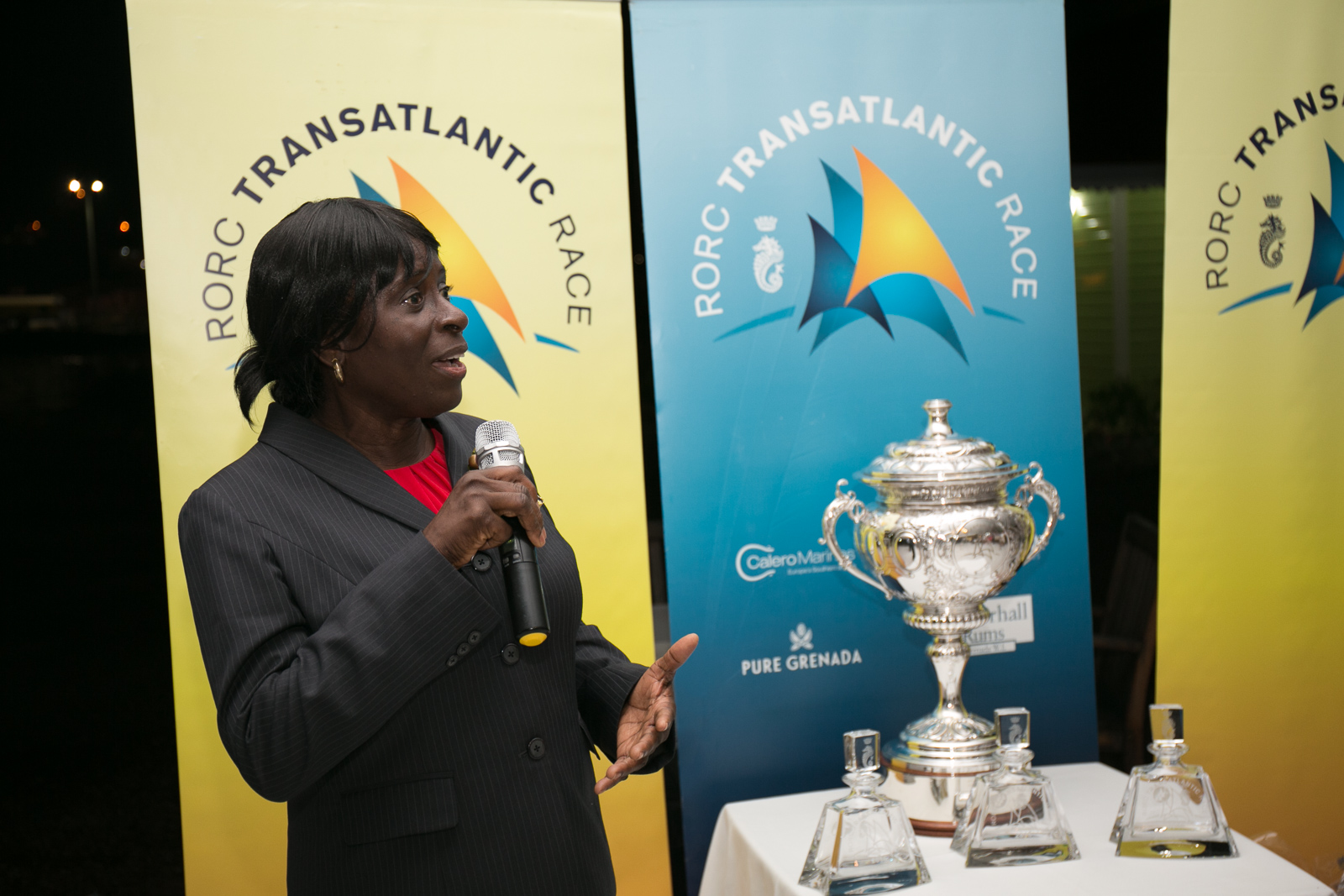