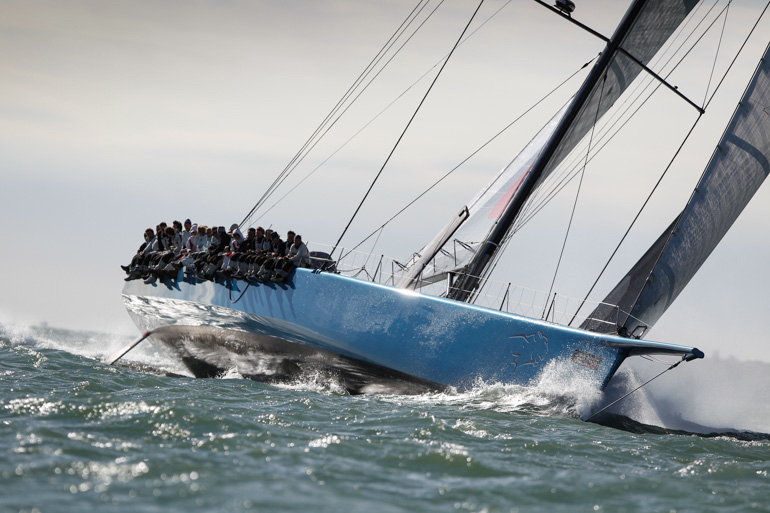 The 3rd edition of the RORC Transatlantic Race will start outside Marina Lanzarote at midday Saturday 26 November. The competitors attention is now very much on final preparations and the afterguards of the wide variety of yachts competing are starting to look at the weather predictions for the first few days of the race. Weather models are predicting a complex picture, with the usually stable trade winds being affected by low pressure systems and troughs developing along the 2,865 mile race course.

"Full congratulations to the Royal Ocean Racing Club for promoting an east to west transatlantic race which has proved a success in the last two years. Leopard is in fine form and keen to attack the record set last year. After a highly successful inshore season, Leopard is back in her element; she was built for Atlantic racing." 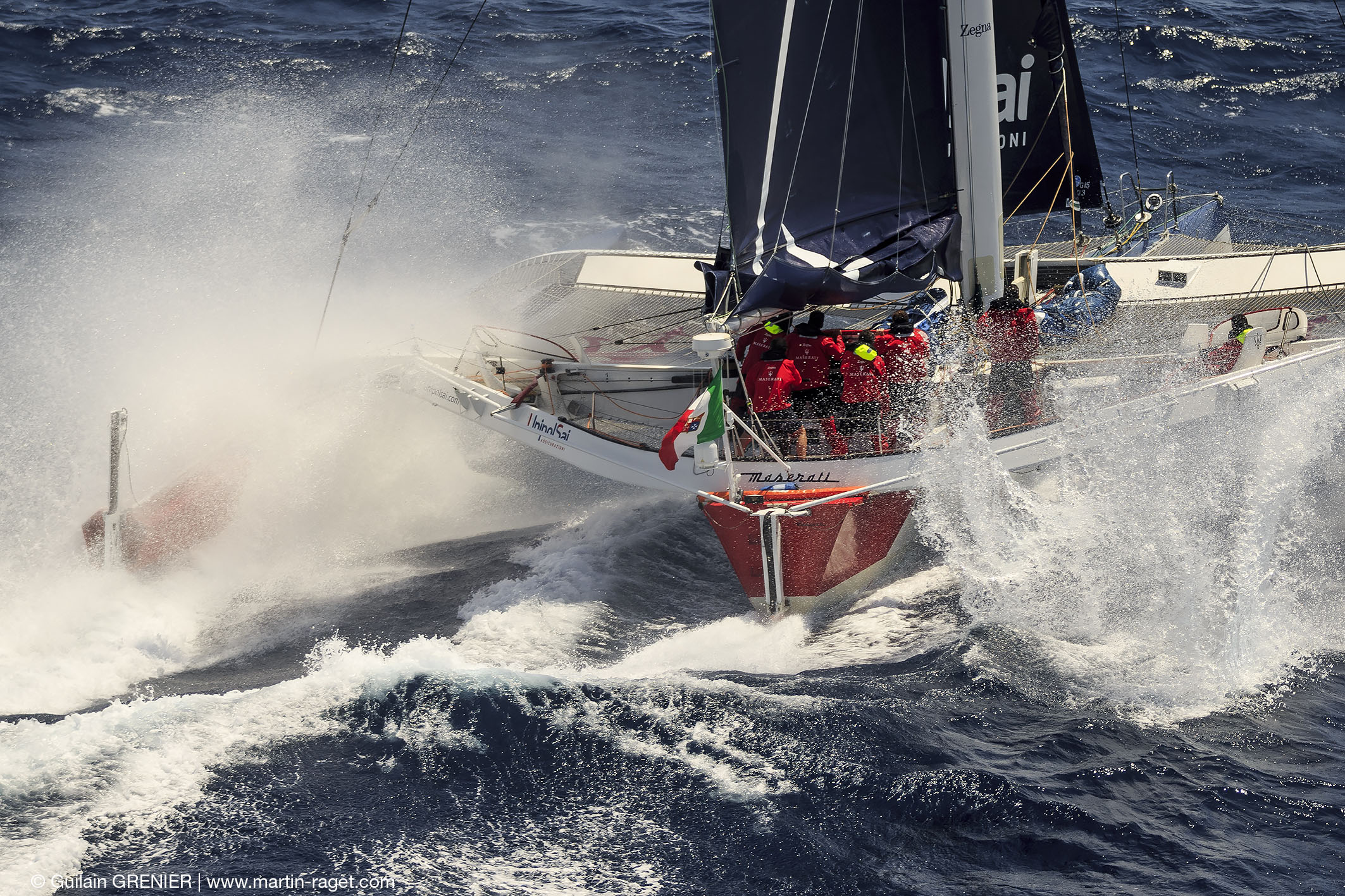 Multihull Line Honours is a straight duel between two MOD70s. Lloyd Thornburg's Phaedo3 set the multihull record last year in a time of 5 days 22 hours 46 minutes and 03 seconds. Giovanni Soldini, skipper of MOD 70, Maserati, spoke before going out for a last practice sail. Maserati is fitted with a T-Foil on its port rudder, enabling the Italian team to foil on starboard tack. This will be the first oceanic race for the team with the foil and once they have collected the data, it is expected to attach T-Foils to all three hulls.

"It could be a very tough race. Normally for this route it is fast downwind, but the weather is not showing that for this crossing. It could be very cold and wet for Maserati. We spoke with Phaedo and other MOD 70s many months ago and agreed to come and take part in the RORC Transatlantic as it is much more fun and more useful to race with similar boats. With the weather situation we have been talking about agreeing to both go south, but at the moment we are just talking about it. With our foil, we would favour flat water and 15 knots of wind or more and running would be a good point of sail compared to Phaedo, so we will be looking to get those sorts of conditions."

52 Super Series navigator, Jules Salter knows the Atlantic well. The British sailor trained in Lanzarote with Erickson Racing Team before winning the Volvo Ocean Race. Jules will be navigator for Swan 82, Stay Calm with fellow round the world racer Neal MacDonald who will be a key member of the crew.

"You don't often get the opportunity to race across the Atlantic in winter," commented Jules Salter. "I have raced with the owner previously and I have known him for a long time. Neal McDonald and I have different skill sets; Neal is very strong at making the boat go fast and keeping it all in one piece and we have a good crew on board. Stay Calm is one of the most comfortable boats I have been on for a while, but she is well set up for racing. It is not looking like a typical trade winds race; parts of it might be, but it is quite complicated at the moment. There is a bit of an assault course ahead of us, nothing too dramatic, but a lot of different conditions which should be good for this boat. Unlike some of our competitors, Stay Calm is a good all-round boat. A lot of weather on the track hasn't even been formed yet, such as secondary lows and troughs. These can change quite quickly, within say 24 hours, so you have to keep an open mind, and balance it with trying to minimize the distance sailed. The first big decision looks like dealing with a trough that should be going through near the start of the race; that could make things quite interesting for the first 24 hours."

The largest yacht in the RORC Transatlantic Race is the magnificent Baltic 112, Path. Four-time round the world racer Pepe Ribes from Alicante, Spain has competed in four Volvo Ocean Races and was crew on board Maxi Comanche for the West to East Transatlantic Record set earlier this year will be aboard.

"We are doing the RORC Transatlantic Race for the same reasons as everyone else; it is a really good race on an unbelievable race track, from Lanzarote to Grenada. We love sailing and love to race, but for this crossing our competition will be ourselves and our aim is to get across without breaking anything and to make it an enjoyable race for the owner. Path is 100% a cruising boat and weighs 130 tonnes, but I think this is going to be an amazing 10-12 sailing days. This is my first experience on this boat and it will also be my first transatlantic in a boat that is not a racing boat, so it is going to be very special and I’ll learn a lot," says Crew Boss and Navigator, Pepe Ribes. 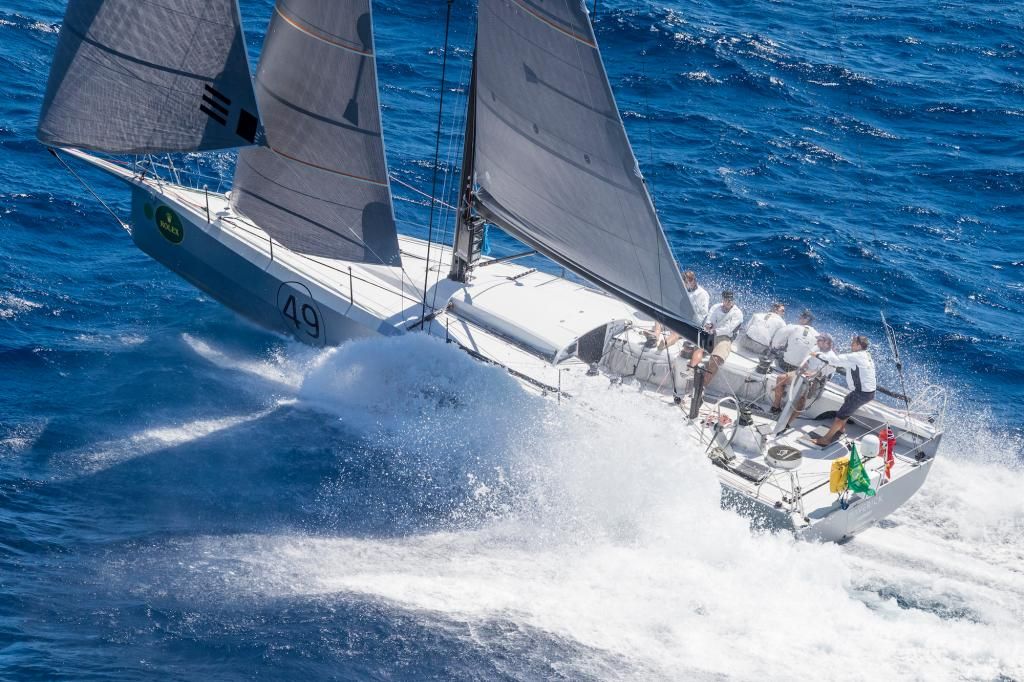 Infiniti Yachts founder and helmsman for Infiniti 46 Maverick is British sailor, Gordon Kay. The carbon fibre 46 foot sloop has both a canting keel and DSS side appendages. This will be the first oceanic test for the boat which won IRC Zero in this year's Rolex Middle Sea Race.

"With our waterline length we do not want too much upwind work, but reaching we should be just fine. After the start we have to round Tenerife, which puts us on the north to begin with, but after that it is a difficult call where to go. The north looks like there is building pressure, but further down the track the wind could go south, meaning head winds. Going south earlier there looks like very little wind. The main effect on the weather is a low pressure system which is on about the same latitude as Lanzarote, this is virtually unheard of. Before the race, we studied the historic weather patterns for the last 10 years and the fastest route showed a time of just 7 days. Right now with this weather scenario, we could take 14."