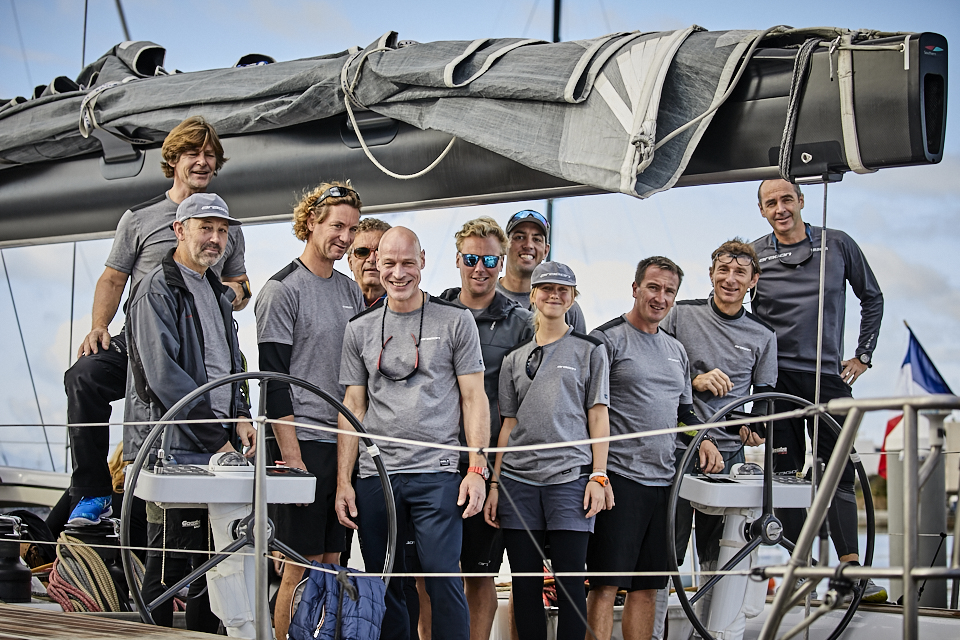 By daybreak on the third day of the RORC Transatlantic Race, Lloyd Thornburg's American MOD70 Phaedo3, skippered by Brian Thompson was continuing to charge south, approaching the Cape Verde islands. 670 miles to the north, Giovanni Soldini's Italian MOD70 Maserati was continuing their ascent north. The remainder of the fleet look to be hedging their bets for the moment, staying close to the rhumb line, save Mike Slade's 100ft (30m) Maxi Leopard 3, which is stalking Maserati's lonely trail. Both teams are looking to slingshot the edge of a massive low pressure system in the North Atlantic.

Phaedo have completed 700 miles of the course and their route is typical for a normal weather pattern; 'head south until the butter melts'. However, with today's sophisticated weather modelling, the afterguard on board know that this race will not be that simple. Looking at the wind forecast alone is not enough, as Phaedo3 navigator, Miles Seddon explained before the start of the race: "Wind speed and direction is obviously a factor, but for a MOD70 sea state is just as important." 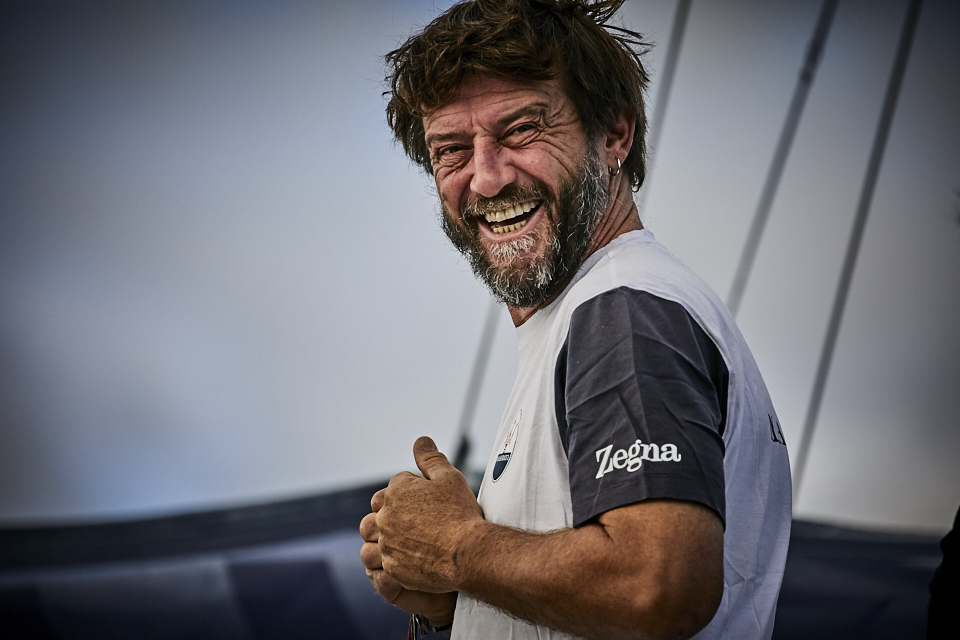 Maserati has completed 600 miles of the course and their route will have been an extremely uncomfortable one. Upwind on a MOD70 is not for the faint-hearted. With the crashing of the hulls and the constant rise and fall over the waves, it would have been impossible to sleep on board. However, today the team may begin to get the reward for the pain. The North Atlantic above them has no less than four active low pressure systems and Maserati should hook into the bottom of the largest one today. The clockwise motion will create fast downwind conditions on starboard tack, bringing Maserati's T-Foil into play. Before the start Soldini talked about the race: "If we have light winds, then we have more wet surface area than Phaedo, so we will be slower, but with downwind conditions and 15 knots or more, then we can foil on starboard tack." Maserati have made no secret of their wish to collect data from the race. The team are about to find out what it is like running at high speed in the Atlantic Ocean. 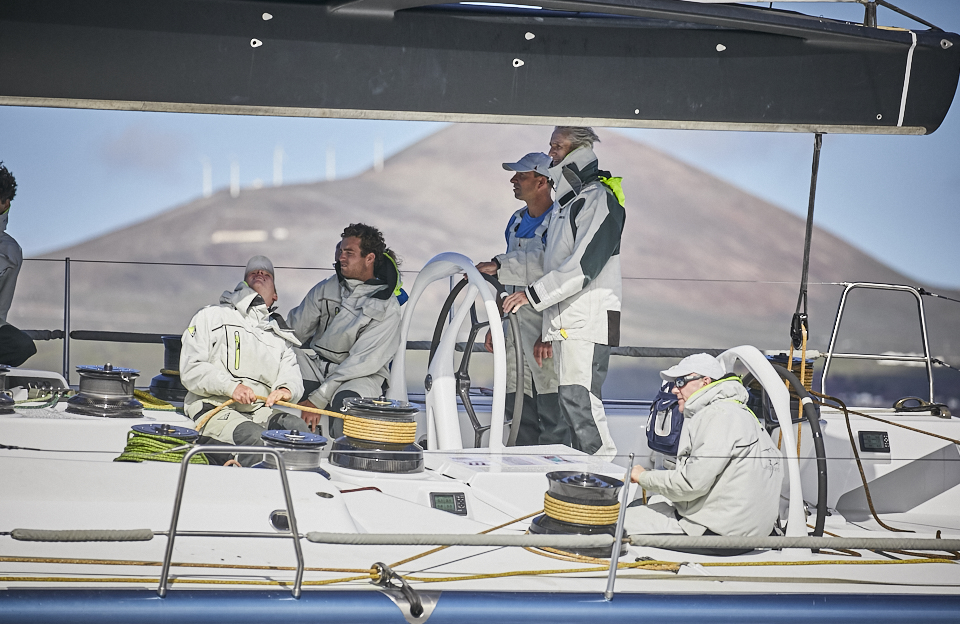 Mike Slade's Maxi Leopard 3 completed 500 miles of the course this morning, with a 45 mile lead on the IRC fleet. Two days into the race, Leopard has matched the average speed posted by Nomad IV when the French Maxi set the monohull race record last year, but it is too early to predict if Slade's team can lower the bar.

In the IRC fleet for the overall prize of the RORC Transatlantic Race Trophy, after IRC time correction, Arco Van Nieuwland & Andries Verde's Dutch Marten 72 Aragon is estimated to be in pole position. Today is Andries Verde's 50th birthday and he will be celebrating with his 18 year old daughter Anna and all the crew. Anna is believed to be the youngest competitor in the RORC Transatlantic Race and this will be her first race, but her second crossing as Anna's mother explains: "Anna wanted to race rather than cruise across the Atlantic and she is a very competent sailor; she loves to drive, especially at night and the crew on board are highly skilled so she will be learning so much."

In the Class40 division, Halvard Mabire & Miranda Merron's Campagne de France has a healthy 50 mile lead over Catherine Pourre's Eärendil. Campagne de France have been pushing hard and is now enjoying the downwind conditions that the Class40 revels in. Miranda spoke about the earlier difficulties in her blog: "Light and swirly, difficult getting past the mountains including 3,700m peak on Tenerife and their effect on the wind. Two large squalls are lining up to windward, so imminent activities will entail furling the gennaker, filling ballast tanks, getting rained on and wondering whether we can hang on for a few minutes with the 25-30 knot gusts without reducing more sail, since there will only be 4 knots of wind in its wake."

All of the international fleet of racing yachts is now into the open waters of the Atlantic Ocean, save Marc Lepesqueux's Class40 Sensation, which has sadly retired from the race, with all crew safe and well ashore, the team plan to cross the Atlantic at a later stage. 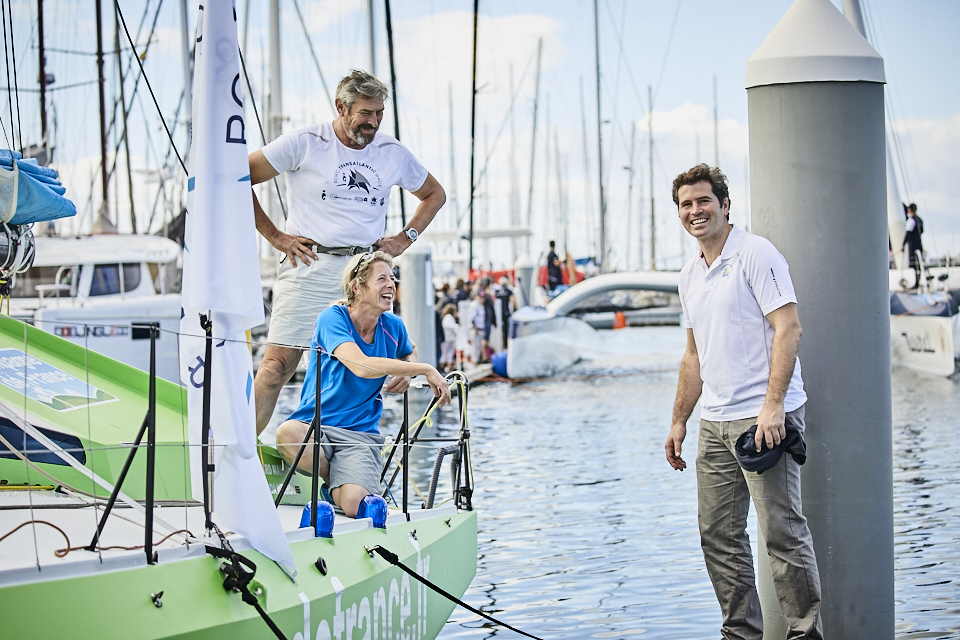 Calero Marinas Managing Director, Jose Juan Calero wishing Miranda Merron and Halvard Mabire a good race before they left the dock at Marina Lanzarote on the day of the start © RORC/James Mitchell