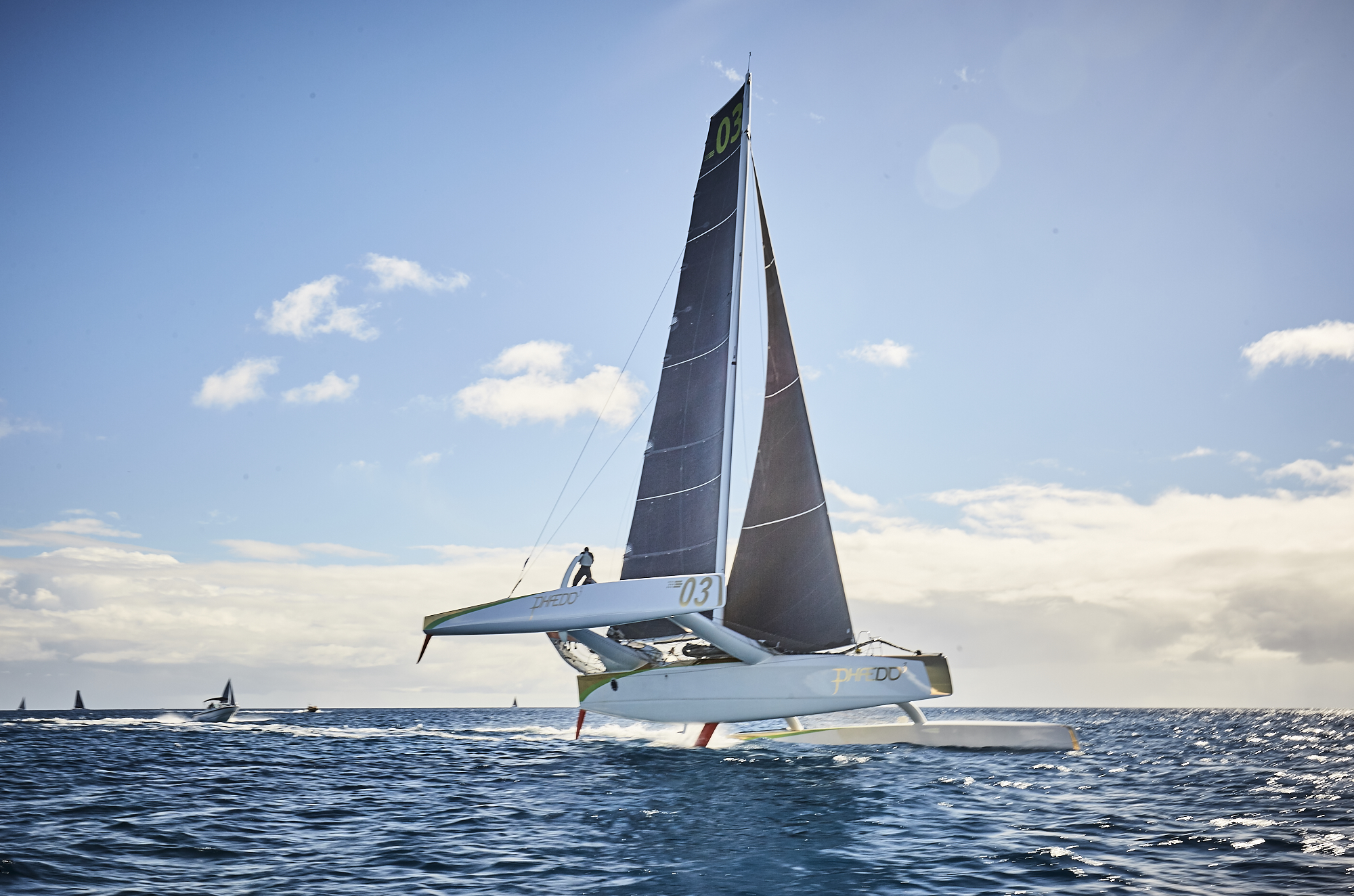 As dawn broke on the second day of the RORC Transatlantic Race, the majority of the fleet were still to round Tenerife, the last mark of the course before the international racing fleet head out into the open waters of the Atlantic. Land effects were still the main influence on tactics and strategy, with some big gains and losses in the fleet overnight.

Lloyd Thornburg's American MOD70 Phaedo3, skippered by Brian Thompson has pulled out an astonishing lead of more than 100 miles on Giovanni Soldini's Italian MOD70, Maserati. However, this huge lead is due to a very different strategy developing, rather than a speed differential. Phaedo3 look to be committed to a southerly route, whilst Maserati appear to be going north. The Italian multihull may have delayed their move north to enjoy a calmer sea state after passing La Palma. 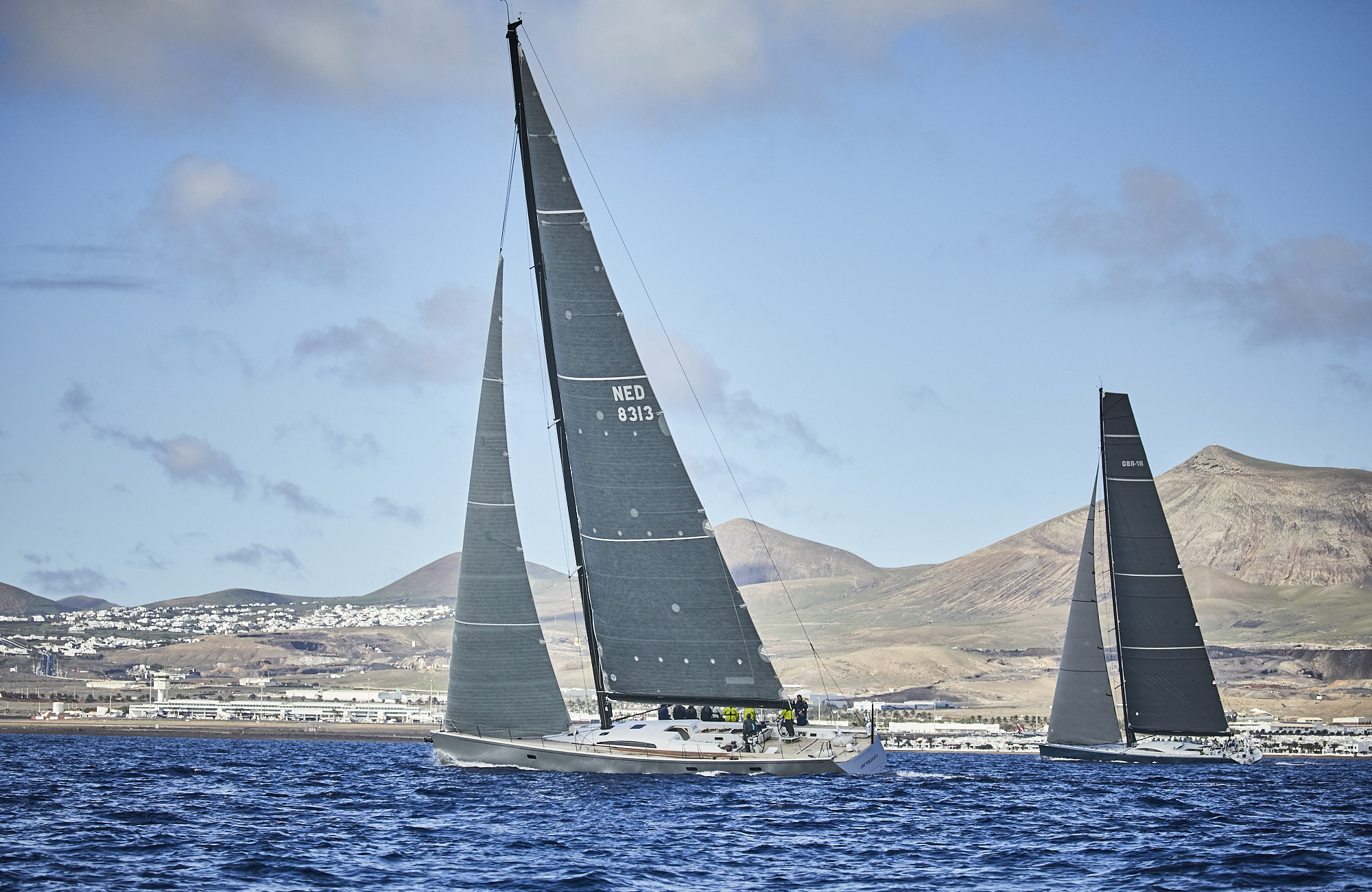 In IRC, the Dutch Marten 72, Aragon leads on the water on day two © RORC/James Mitchell.

In the IRC fleet, Mike Slade's Maxi, Leopard 3 has been revelling in the upwind conditions, pulling out a lead of 30 miles on the monohull fleet. After IRC time correction, it is estimated that Arco Van Nieuwland & Andries Verde's Dutch Marten 72, Aragon is leading. In the early hours of the morning Aragon was side-by-side with Swan 82, Stay Calm. The powerful Swan tacked to the north whilst Aragon stayed on the same tack, resulting in a nine mile lead on the water this morning.

Whilst the Maxis racing in the RORC Transatlantic Race can power through the two-metre sea state in relative comfort, the smaller boats in the fleet will be experiencing a wet rollercoaster ride; confirmed by Miranda Merron in her blog from Class40, Campagne de France which was three miles ahead of rival, Catherine Pourre's Eärendil.

“Almost dawn and it’s been a long night of slamming upwind (Class40 hell). At least we don't have to sit on the rail hiking out...Wind going from 10 to 20+ knots, occasional short squalls. Two tacks to avoid the forbidden traffic separation schemes (there are a few ships around, but not in the TSS) and Tenerife. Complicated weather and no tradewinds in sight. So we shall read the tea leaves. A little hard to keep tea in the mug with all this bouncing around!” - Campagne de France, somewhere north of Tenerife.

Ben Harris reported in from IRC Two Handed entry Nemesis, skippered by James Heald. "Just 20 minutes sleep for each of us last night; hell of a battle upwind. James reckons it's more like the Fastnet than the tradewinds. We could do with some crew on the rail!" 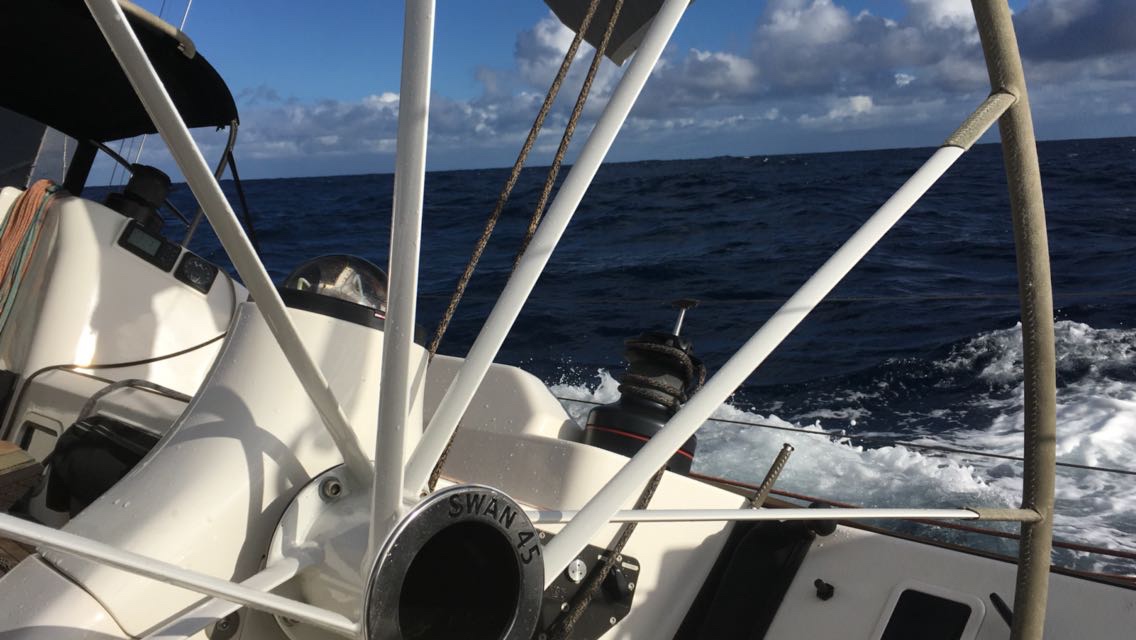 After the battle of the first night at sea; on board the Two Handed, Swan 45, Nemesis © Nemesis