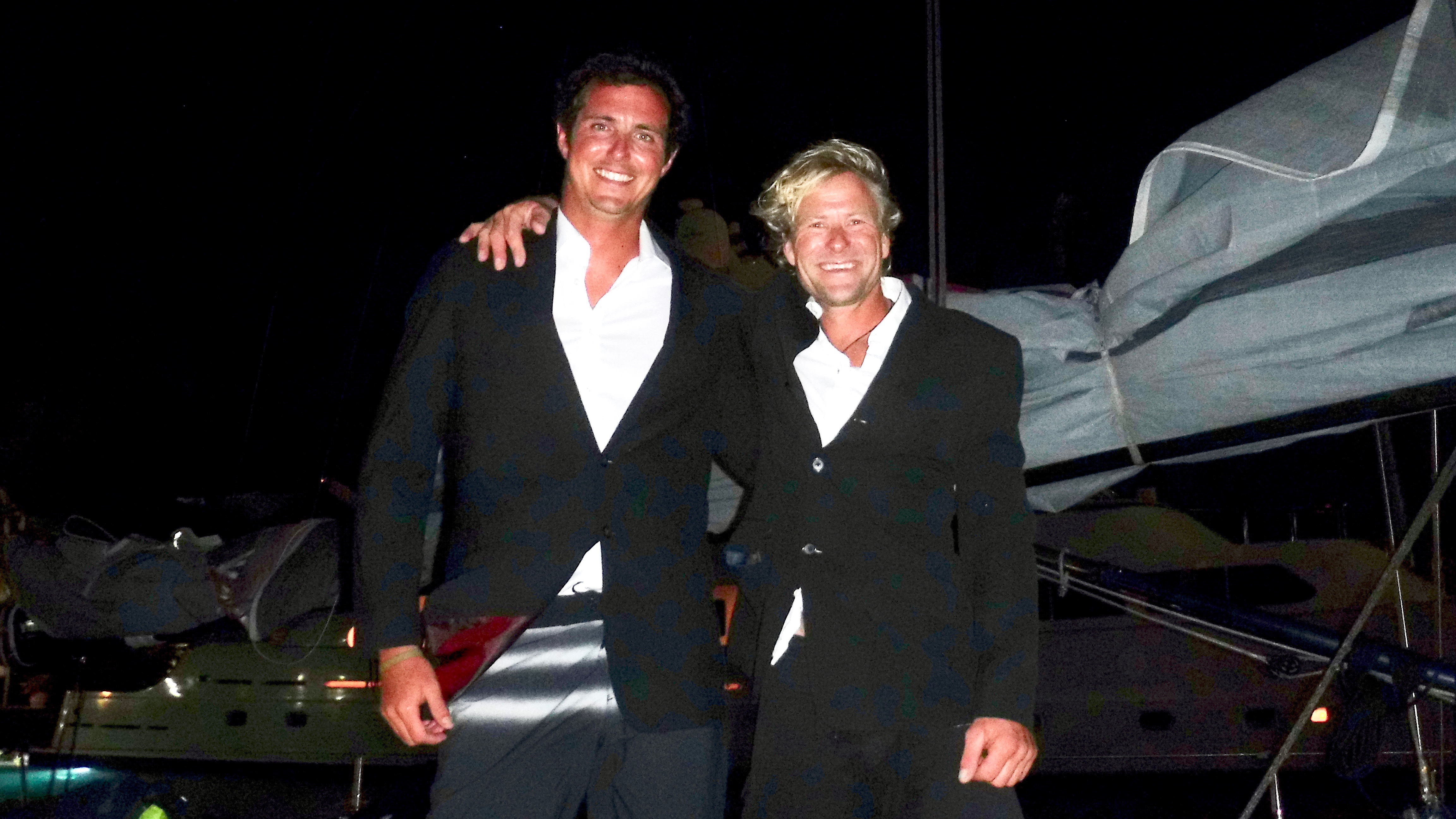 James Heald's Swan 45, Nemesis crossed the finish line of the 2016 RORC Transatlantic Race on 15 December at 03 hrs 42 mins 47 secs on Thursday 15 December, winning IRC Two Handed. Despite a brilliant full moon, rain squalls greeted the arrival of Nemesis onto the windward coast line of Grenada. In the dead of night and through driving rain, the Two Handed team, rounded the southern tip of the island and crossed the finish line with their mainsail ripped to shreds, and after over 18 days at sea, the challenge was won.

James Heald and Ben Harris are both from Lymington, UK and battled against adverse weather, extreme fatigue and suffered significant sail damage to their yacht. The British duo were undaunted and arrived in Camper & Nicholsons Port Louis Marina dressed to impress in dinner jackets. Two pizzas and a crate of beer arrived from the Victory Bar Restaurant and the dynamic duo told their story dockside as they got stuck into the feast. 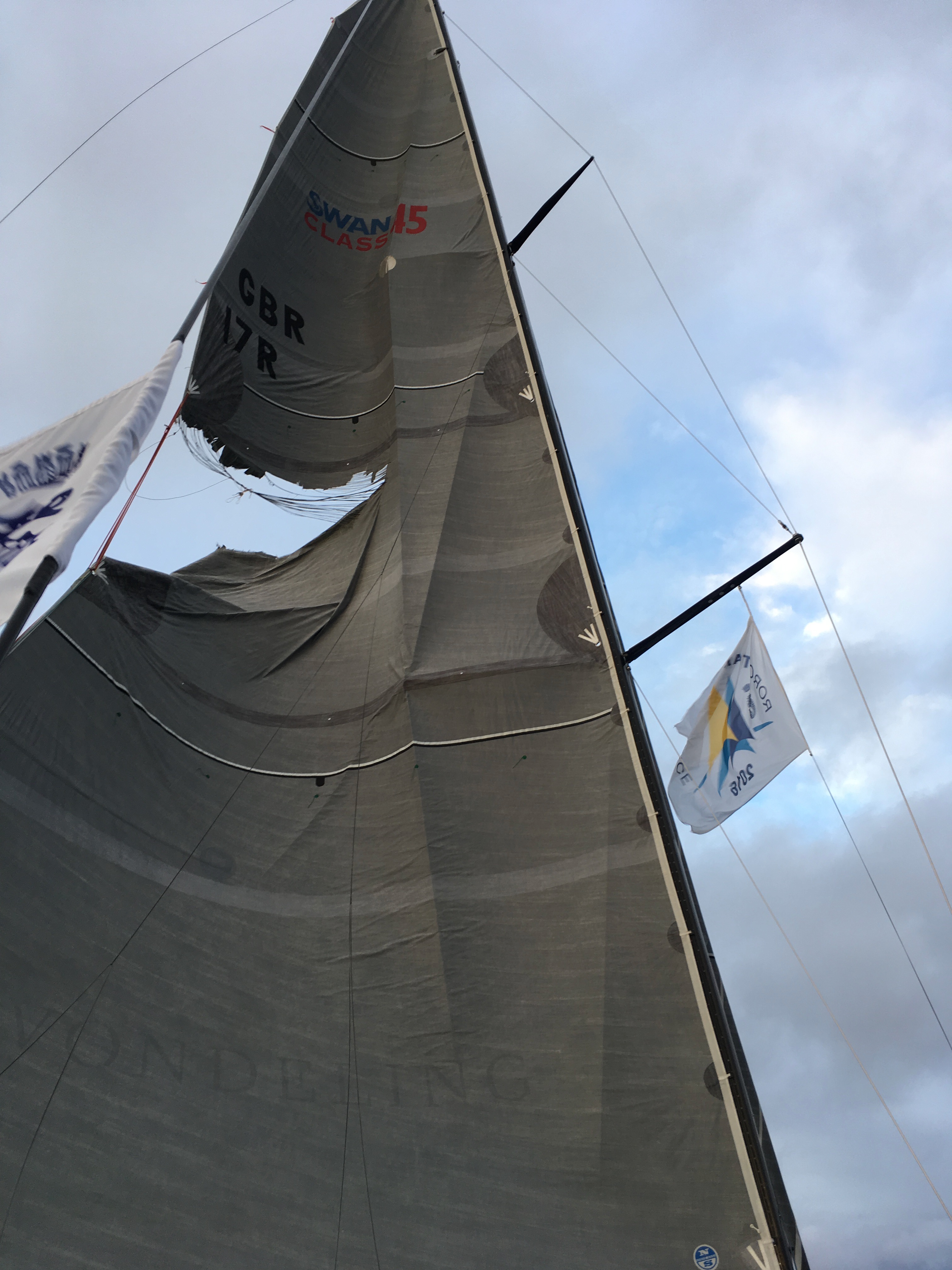 The mainsail of Nemesis which split more than half way across from the leech. Photo: James Heald

“About half the race was upwind and for a significant amount of time there was either no wind of 30 knots,” explained James Heald. “Having said that, we absolutely loved it and would gladly go straight back out there and do it again! The last three days we saw great trade winds, but the angle to Grenada was almost dead downwind, meaning a lot of gybes. The mainsail started to rip about 300 miles out so we got it down, stitched it up and downwind it was not really a problem, but upwind and the finish was quite different.”

Many thanks to Marina Lanzarote and Port Louis for their amazing hospitality. Ben is heading back to Lymington for Christmas and I am meeting the family in Grenada to cruise Nemesis up to Antigua for the RORC Caribbean 600.”

Giles Redpath's Lombard 46 Pata Negra remains the only yacht still officially racing, Pata Negra have reported an issue with their yacht to the Royal Ocean Racing Club and have now arrived safely in Barbados, with all crew safe and sound. 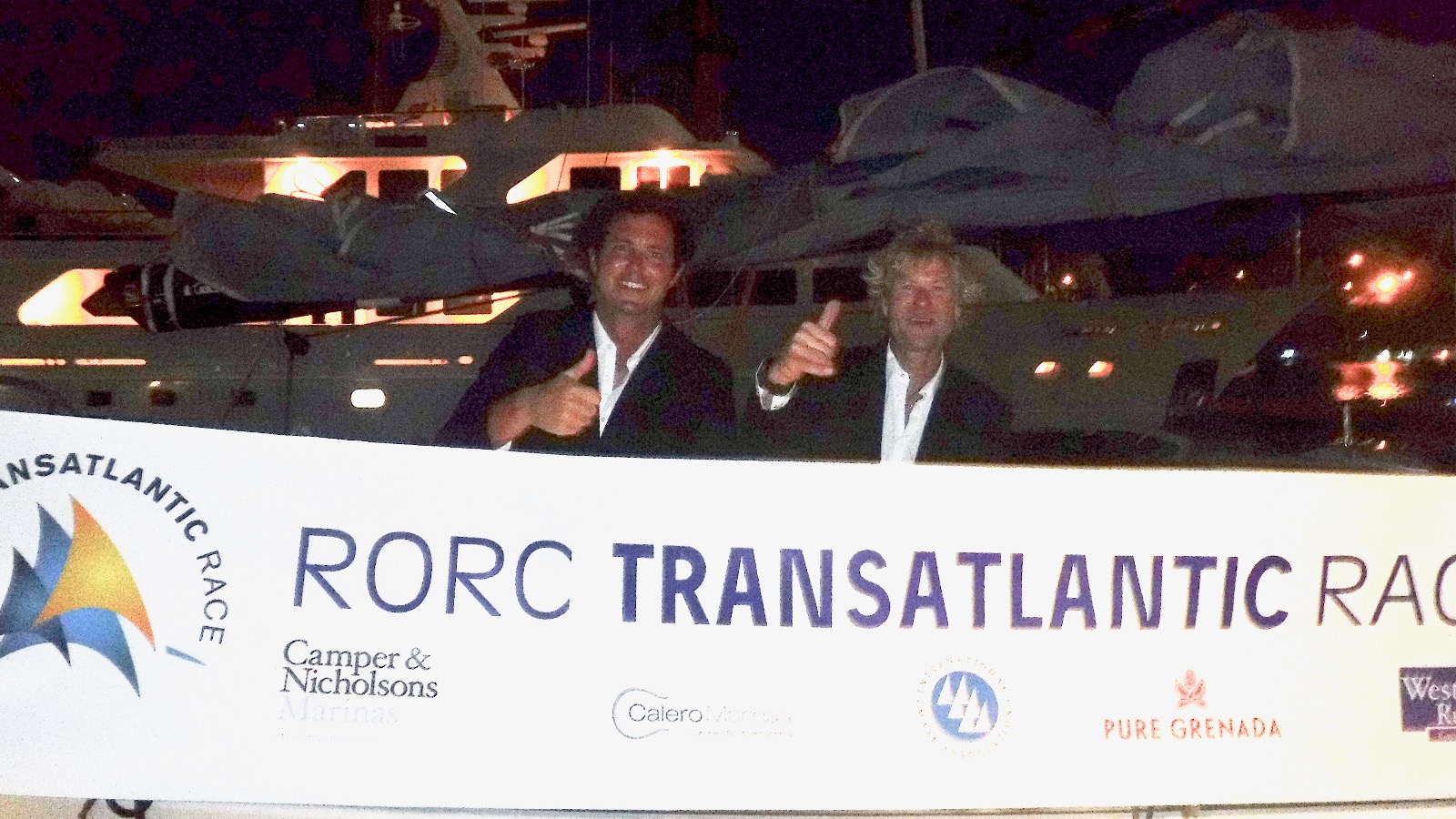 James Heald and Ben Harris give the RORC Transatlantic Race 2016 the thumbs up. Photo: RORC/Louay Habib