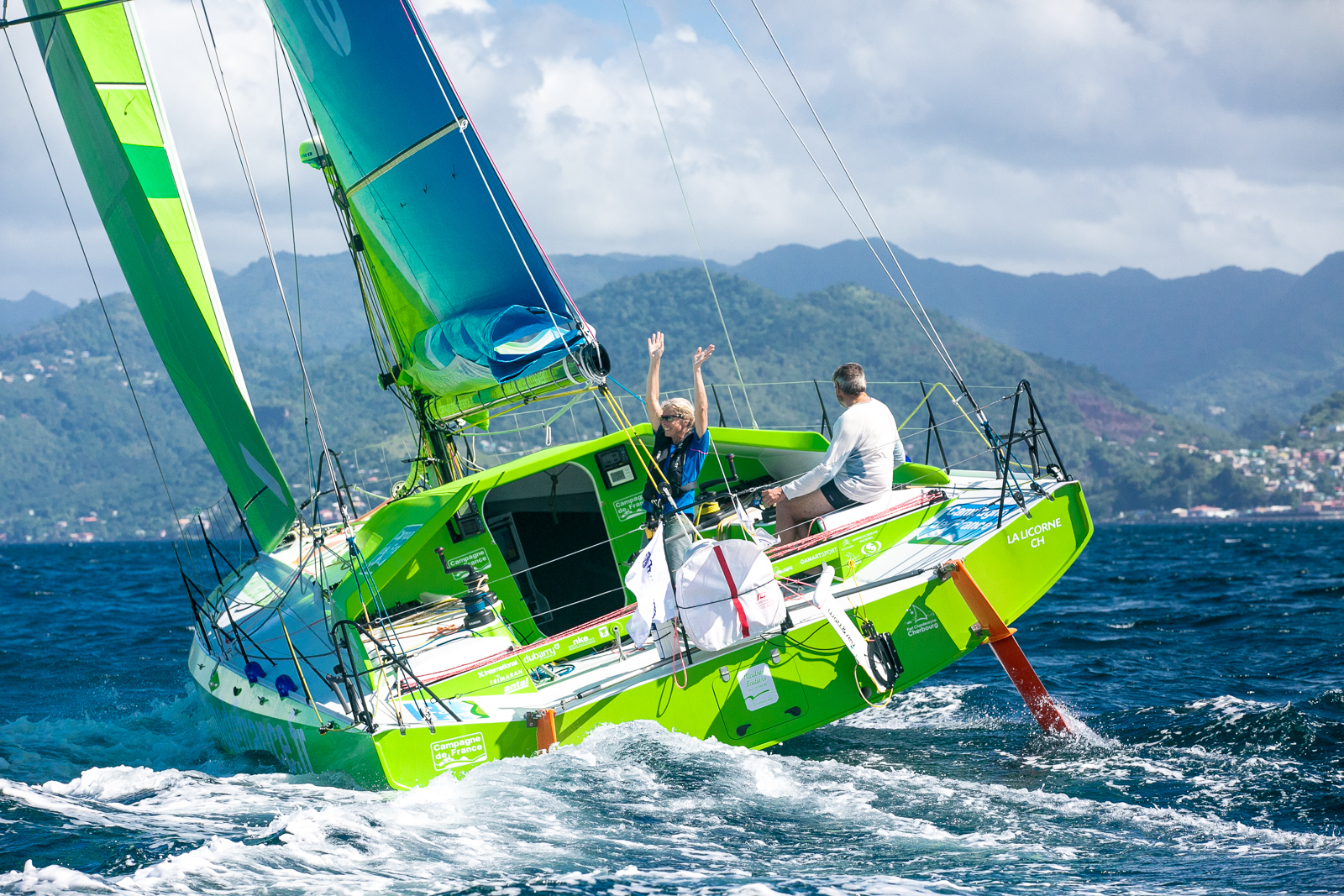 Halvard and Miranda were met dockside by Glynn Thomas and the staff of Camper & Nicholsons Port Louis Marina, who presented the team with a basket of Grenadian goods on behalf of Grenada Tourism. RORC CEO, Eddie Warden Owen and RORC Racing Manager, Nick Elliott greeted the team and congratulated them on a fine achievement in a tough race. 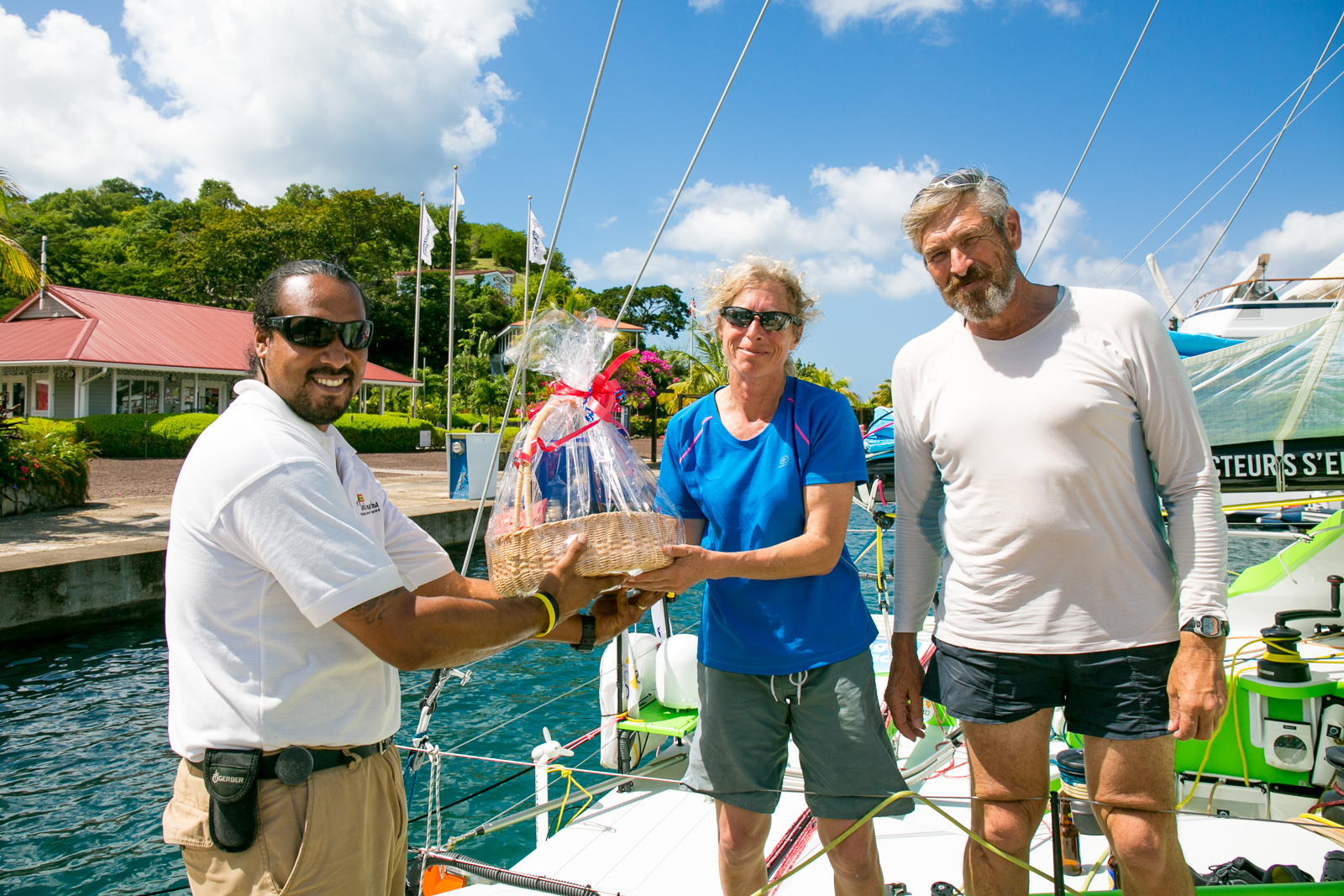 Halvard Mabire, designed and built Campagne de France and was delighted with the boat's performance.

"This was not the typical trade winds postcard," smiled Halvard. "There was a lot of upwind sailing and towards the end we had over 30 knots of wind for some time, which is also unusual. The boat managed extremely well, but there are some small areas of the design that need a little adjustment. Our ultimate goal for the boat is the 2018 Route du Rhum for Miranda, who will sail solo. So we experimented with the autohelm and sail configuration."

"We knew there would be an important wind shift as we cleared the Canary Islands near the start, and the Traffic Separation Scheme (TSS) at Tenerife was also likely to affect the desired route. We stayed very high, while Eärendil stayed low and fast. As we approached the TSS, the wind shifted and we were headed; we tacked to our advantage. There was a lot of cloud activity around and we were probably luckier with the change in wind than Eärendil. Once we got away it seemed to pay to be ahead in the race. The rich got richer, and as we were lighter with just two crew and a watermaker, we had the advantage in the light patches. We have learnt so much from the race; we just have to remember it all.

"Our next race will be in Antigua for the RORC Caribbean 600 in February, which now has some reputation. It is a great race for Class40s with plenty of manoeuvres and a huge variety of wind angles. However, we will not be tackling the race two handed, we will be four up for the '600," comments Merron.

The next team expected to finish the 2016 RORC Transatlantic Race is Laurent Pellecuer's Class40, Seconde Chance which is currently estimated to be leading IRC One. The team of French surgeons competing for their charity http://2nd-chance.org, is due to arrive in Camper & Nicholsons Port Louis Marina at around midday tomorrow, Monday 12 December (1500 GMT)