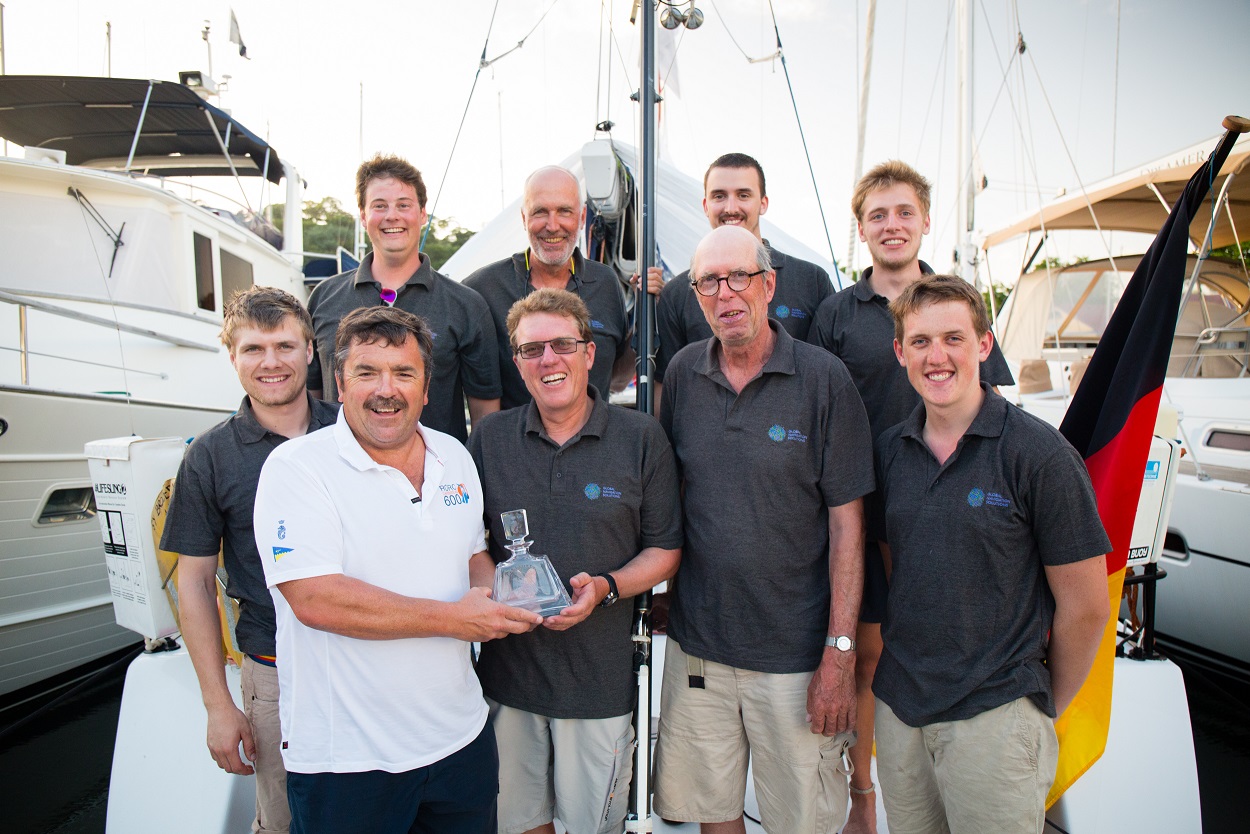 The podium for IRC One is now complete in the RORC Transatlantic Race and is occupied by three German yachts; all skippered and crewed by fathers and sons. There were emotional scenes as the teams arrived at Camper & Nicholsons Port Louis Marina after racing 3,000 nautical miles across the Atlantic Ocean.

Andrews 56 Broader View Hamburg, owned by Hamburgische Verein Seefahrt and skippered by Bjoern Woge, has won IRC One in the RORC Transatlantic Race. Broader View Hamburg was the first yacht to complete the race in IRC One in an elapsed time of 17 Days 5 Hours 18 mins 56 secs. Friedrich Boehnert's Xp-50 Lunatix was second and Johann von Eicken's Swan 56 Latona was third.

"The whole crew is fantastic and they have all performed really well," commented Broader View Hamburg Skipper Bjoern Woge who was racing with his 18 year old son Bene. "We did not expect to win our class and the lead was changing so much, so to win is great and a real surprise. Crossing the finishing line with my son will stay with me forever. It was our dream to cross the Atlantic together and it was a great moment with a big hug."

An emotional finish for Bjoern Woge, racing with his son and other young sailors on HVS-owned Broader View Hamburg, interviewed dockside after the race in Grenada © Louay Habib 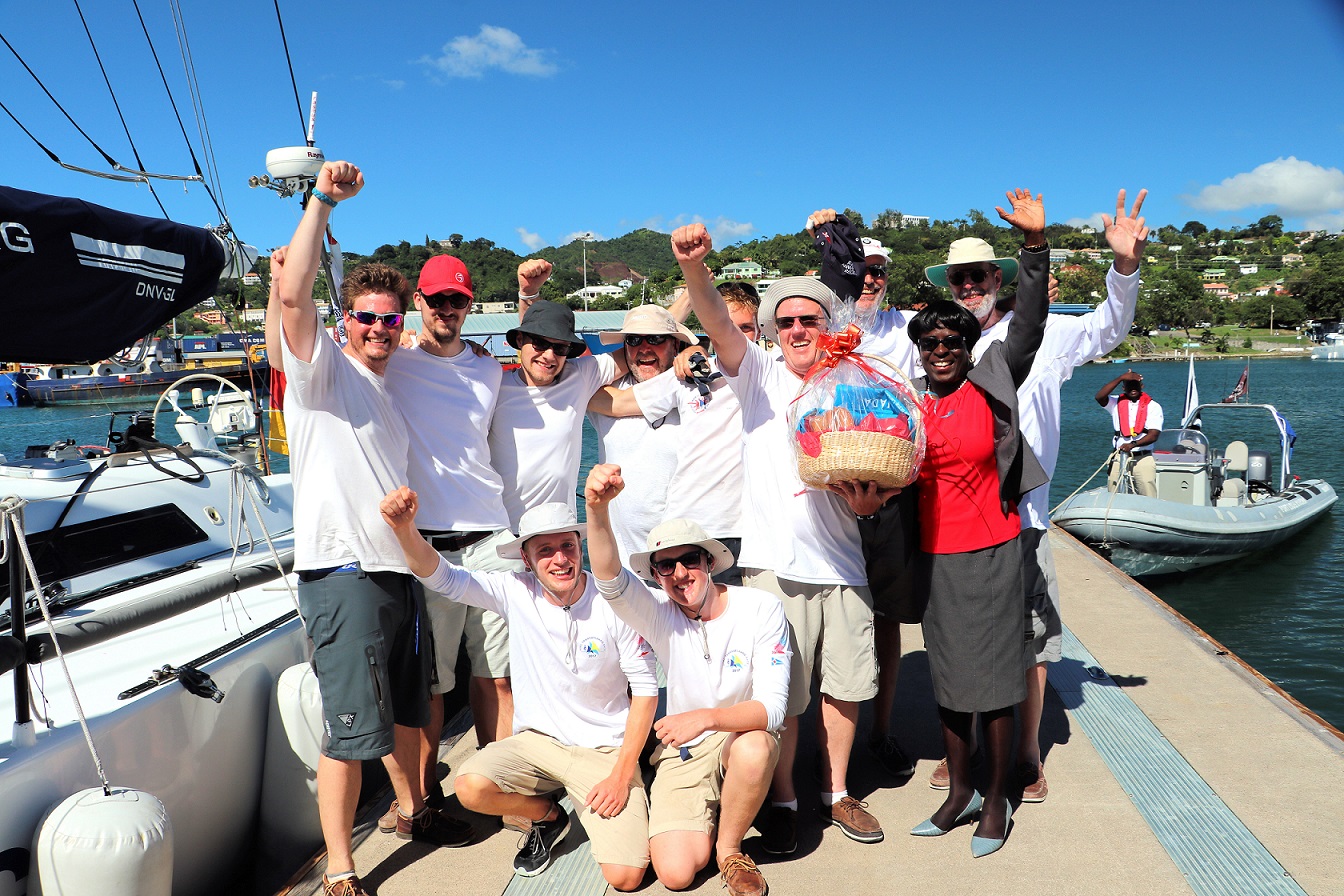 Broader View Hamburg - A warm spice island welcome from Minister for Tourism, Civil Aviation and Culture, Hon Dr Clarice Modeste-Curwen. The Andrews 56 is owned by Hamburgischer Verein Seefahrt (HVS) which develops offshore skills for young sailors. Half of the crew were under 22 years © RORC/Arthur Daniel

Lunatix completed the race in an elapsed time of 18 Days 29 mins 38 secs and after IRC time correction was just over five hours behind Broader View Hamburg;

"It was a tough competition but in the end the better team won," said Lunatix Skipper Friedrich Boehnert, racing with his 26 year old son Arno. "We will try very hard to win our next one. We will take Lunatix to the Pacific in January and our intention is to sail to New Zealand, and eventually to participate in the Sydney Hobart Yacht Race." 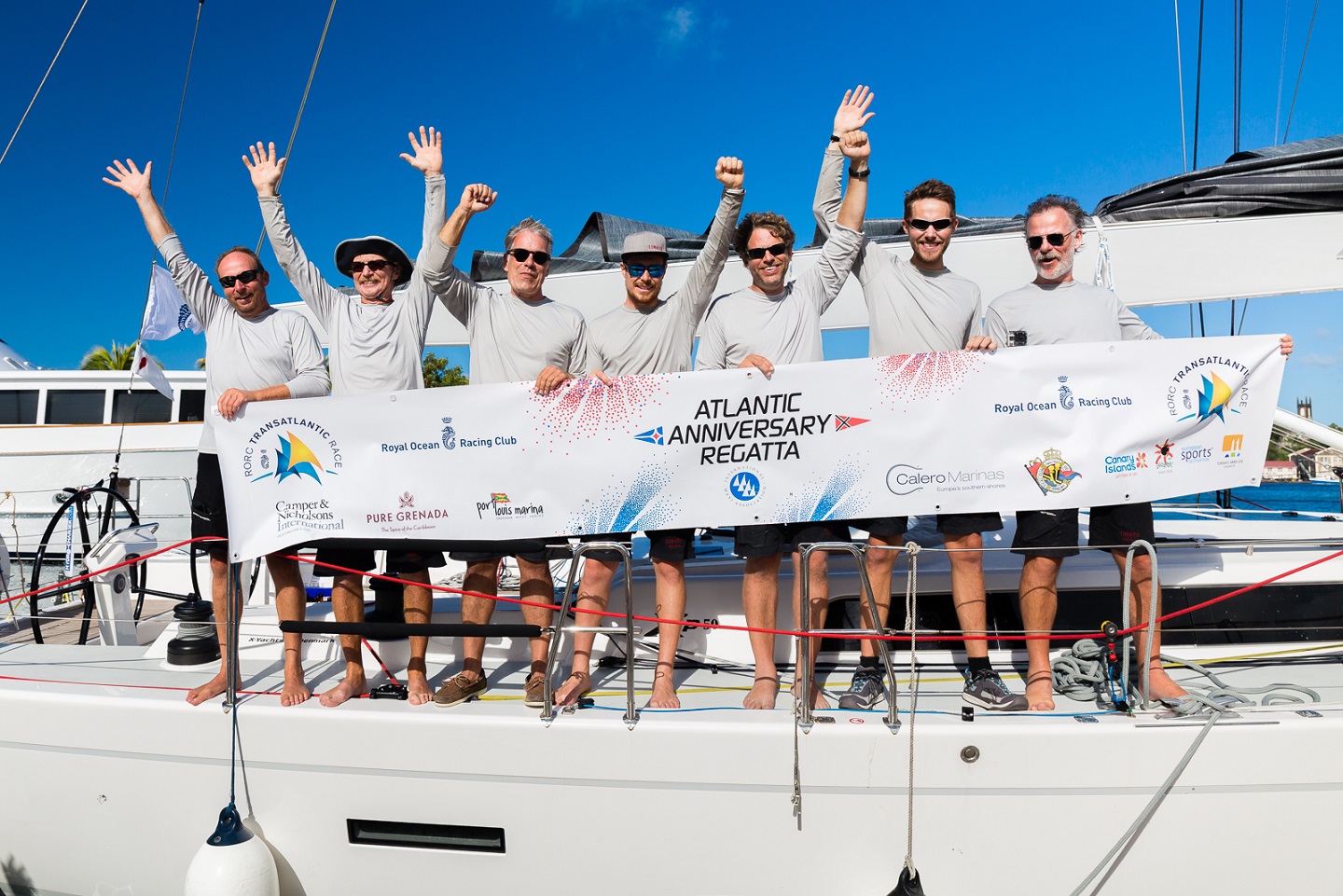 Latona had a huge welcome when they arrived at Camper & Nicholsons Port Louis Marina, Grenada. Latona took the most northerly route of any team tackling three low pressure depressions. The superyacht dock was filled with well-wishers from Haspa Hamburg, Broader View Hamburg and Alfred Paulsen's crew from Swan 60 Emma, which had also finished the race. 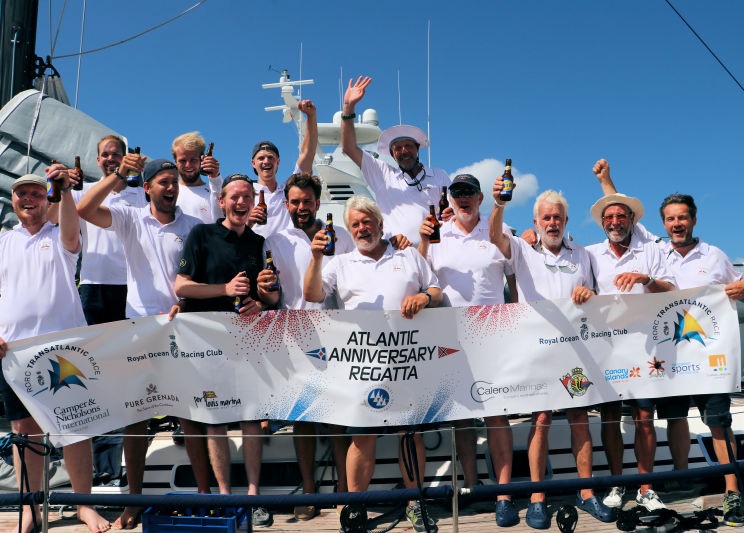 Swan 56R Latona finished the RORC Transatlantic Race in Grenada and had plenty of well-wishers on the dock to greet them on arrival. Owner Joh. Wilh. von Eicken's ancestors were the founding members of NRV, the club celebrating it's 150th anniversary with the first leg of the Atlantic Anniversary Regatta/RORC Transatlantic Race. Three generations of the family were on board for the race
© RORC/Andrew Richards

"It is great to arrive in Grenada to such a great welcome; a great spirit and camaraderie which we all share," commented Latona skipper Pit Brockhausen. "Onboard we have Johann von Eicken as the owner and my father-in-law, and also the Grandpa of my son Carl Brockhausen and Andreas von Eicken, who is the cousin of Johann. So, we have three generations on board. All of the family and most of the crew are members of the NRV who are celebrating their 150th anniversary with the Atlantic Anniversary Regatta."

At 2300 UTC 13 December, seven yachts from the record 23 boat fleet were still at sea. Kai Weeks' Class 40 Sensation, racing in IRC One was 55 nautical miles from the finish. 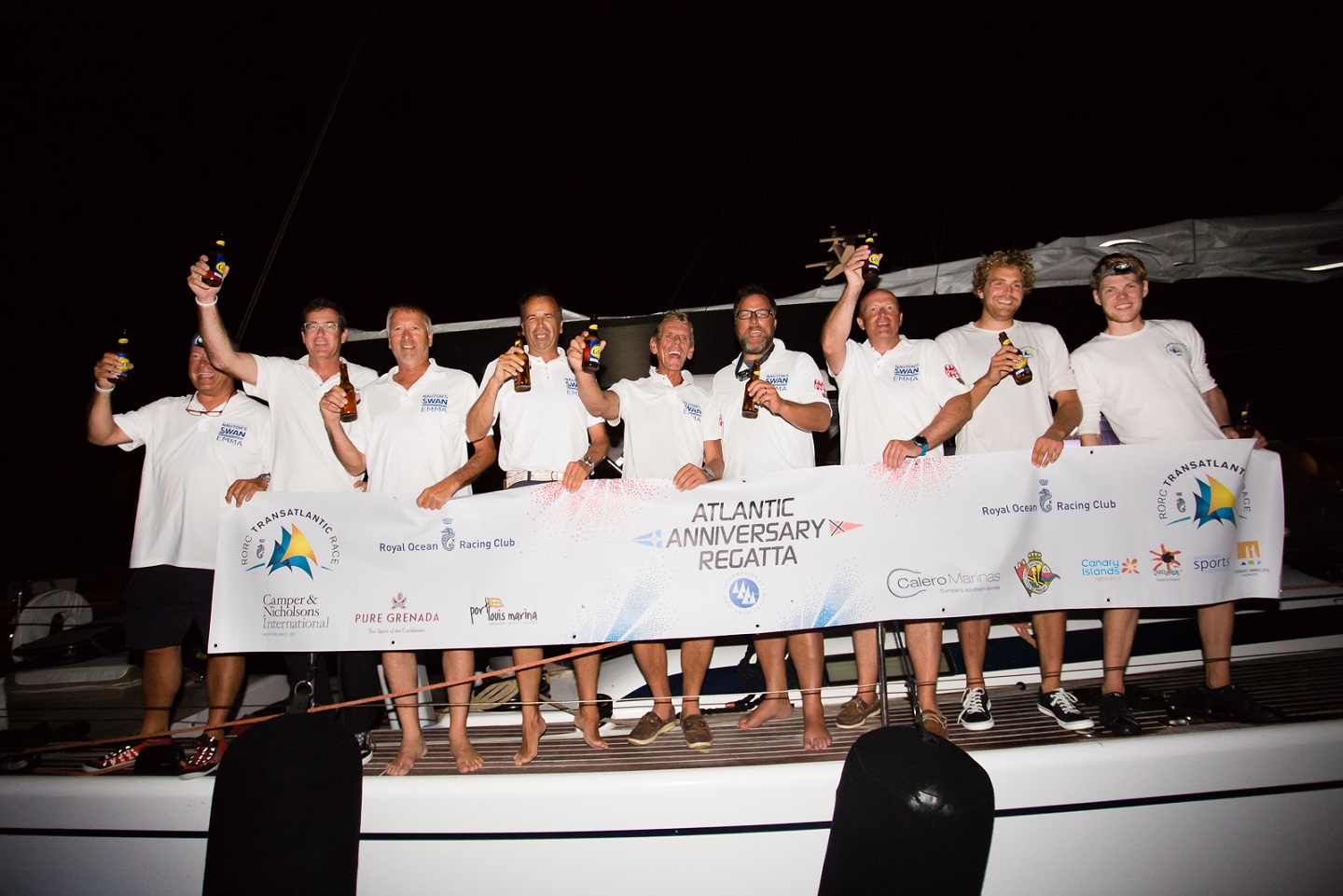