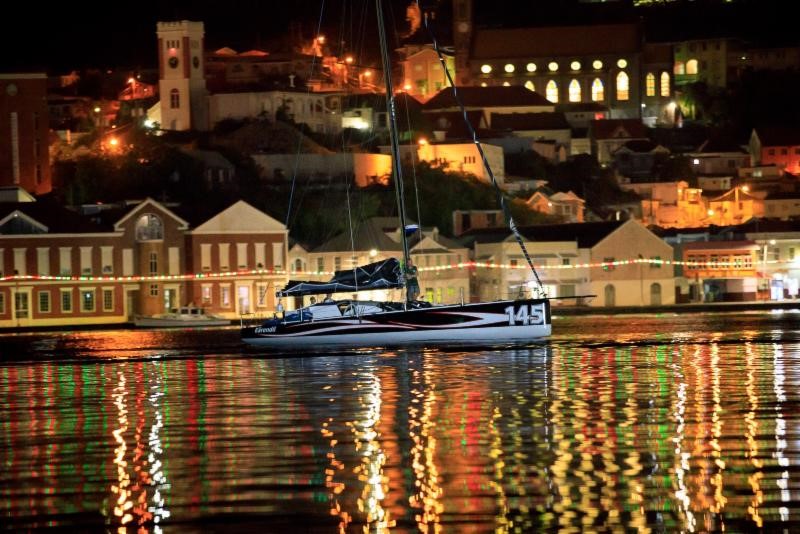 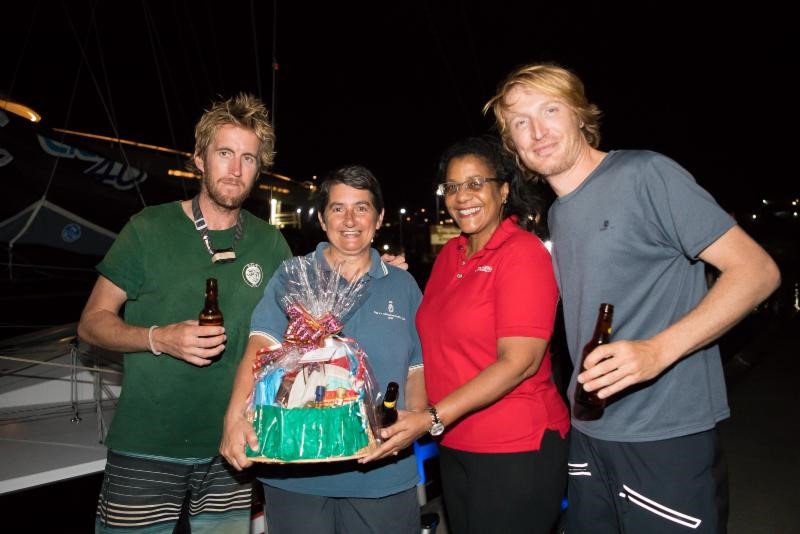 Receiving a warm welcome from the Grenada Tourism Authority after completing the race © RORC/Arthur Daniel.

"The conditions this year were much easier than in 2016 because the wind was much more stable and we had very few squalls," commented Pourre. "We had some good wind to test the modifications to Eärendil. Whilst we had problems with the new rudder system and also electronic issues, the boat is faster, which was our main goal. Racing with Gery and Luciana was superb; they are both easy-going characters, but they know how to push a boat hard. We saw 20-25 knots of wind for long periods, so we were really flying, but with our main competition Hydra falling behind after their pit-stop, we could be a little more conservative. It was a real shame that Hydra had to stop for a while in Cape Verde as we were having so much fun." 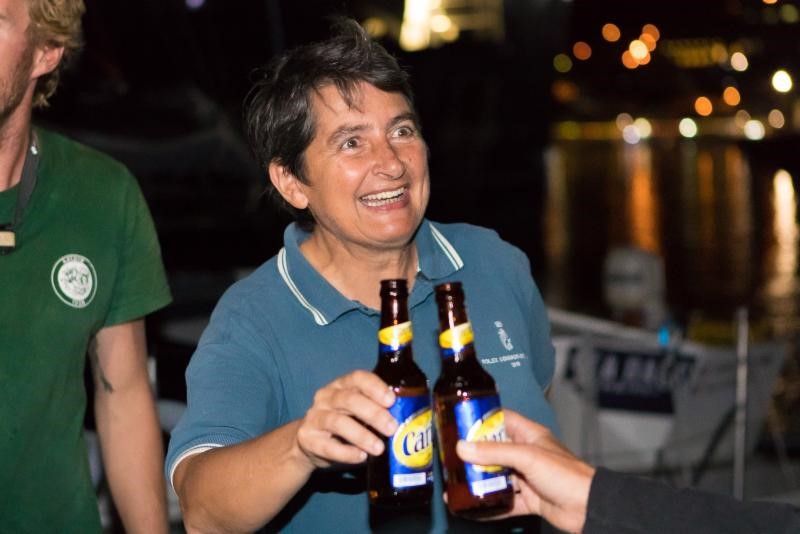 Henrik Bergesen's Norwegian Class40 Hydra, skippered by Tristan Kinloch was approximately 380 miles from the finish as Eärendil crossed the finish line and Stephane Bry's Sirius had over 500n miles to go.