RORC Transatlantic Race navigators are studying the latest weather models and the data is predicting a fast, potentially record-breaking race for the 8th edition from Lanzarote to Grenada © YB Tracking

The record RORC fleet is in Puerto Calero and Marina Lanzarote and crews are making final preparations for the 3,000-mile race. Race navigators are studying the latest weather models and the data is predicting a fast, potentially record-breaking race to Camper & Nicholsons Port Louis Marina in Grenada. Four days before the start of the RORC Transatlantic Race, three top navigators express their predictions.

The favourite for the IMA Trophy is the 100ft Maxi Comanche, skippered by Mitch Booth. Comanche is very capable of breaking the Monohull Race Record, set by Pier Luigi Loro Piana's Supermaxi My Song in 2018 of 10 days 05 hrs 47 mins 11 secs. Comanche’s Australian navigator Will Oxley has racked up 300,000 ocean miles, including three editions of The Ocean Race.

Will Oxley - Comanche: “It is still too far out, but at the moment there's a suggestion that the southern route is not so good in terms of the trade winds. A couple of low-pressure systems are disrupting the Atlantic, so possibly a more northern route will be quicker. Around start time we should get away in good pressure, but there's a big low building up off Nova Scotia and it’s moving very fast. So, when we get closer to the race start, factors like sea state will influence our decisions. Potentially Comanche will rotate up into the front, which will be windy and unpleasant. Comanche is a big strong boat and after negotiating the front we can reach away and tackle the next high pressure. Alternatively, if Comanche went to the southern route, there is potential for very light winds. Comanche is a big flat-bottomed boat; it is difficult to get to our polar speed in light conditions, especially upwind.” 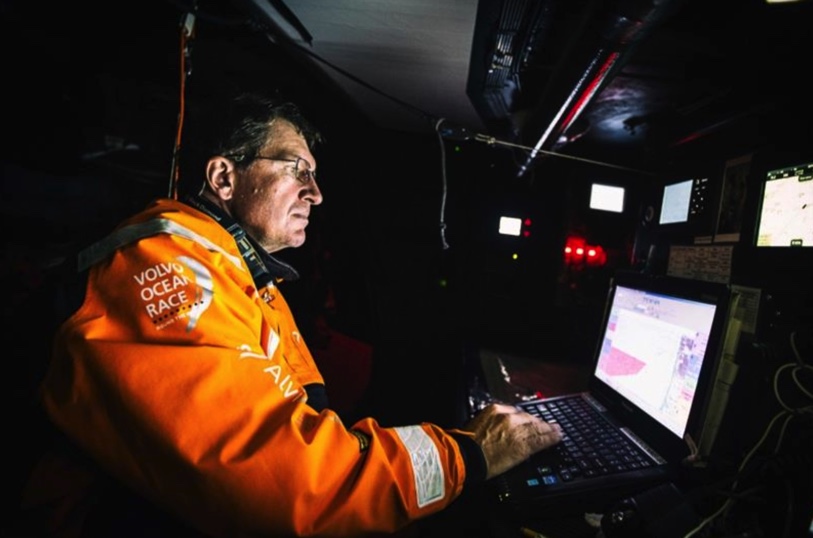 Above: Will Oxley, navigator on the 100ft Maxi Comanche © Amory Ross/Team Alvimedica/Volvo AB

Below: British navigator Miles Seddon was navigator on the MOD70 Phaedo3 which set the Multihull Race Record in 2015 of 5 days 22 hrs 46 mins 03 secs  © Dan Ling/Scallywag 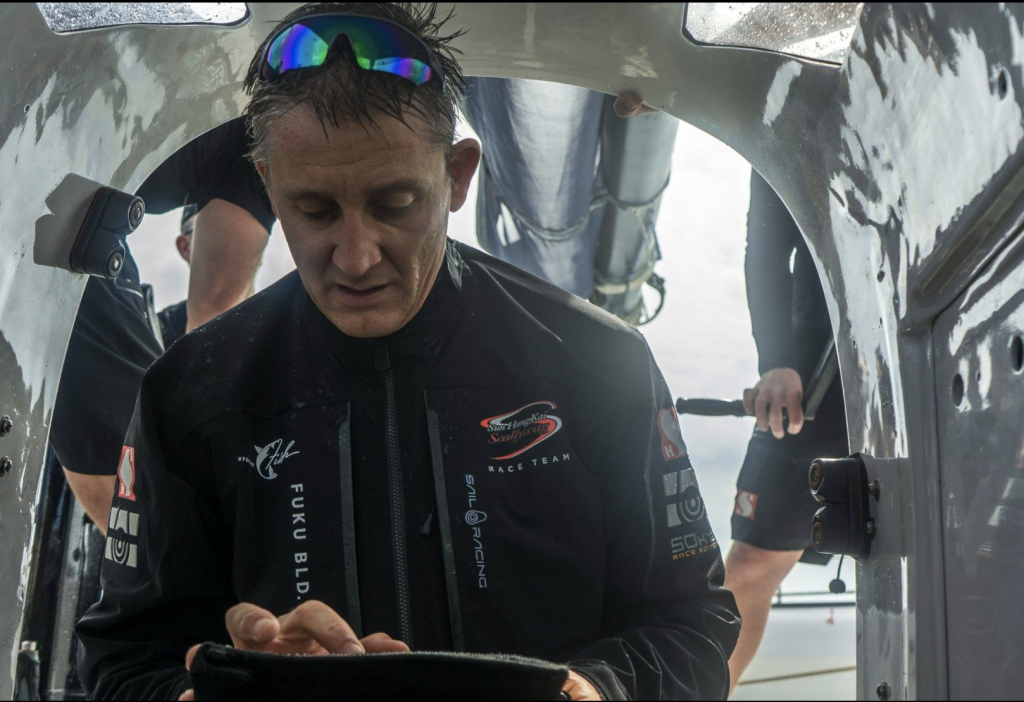 British navigator Miles Seddon will be racing for Peter Cunningham’s team on MOD70 PowerPlay. Hot competition for Multihull Line Honours will be Jason Carroll’s Argo, Giovanni Soldini’s Maserati and Antoine Rabaste’s Ultim'Emotion 2. Seddon is no stranger to the race having been navigator on MOD70 Phaedo3, setting the Multihull Race Record in 2015 of 5 days 22 hrs 46 mins 03 secs.

Miles Seddon - PowerPlay: “If this were a holiday brochure there would be no question, head south until the butter melts. At the moment the middle road doesn’t appear to be an option due to light winds. Given a free rein, the routing software favours the northerly option for best pressure for the longest period of time, but when you start to dig into the wave direction and sea state, it is less appealing. Further along the northerly route the models develop a strong cold front pushing down from the north, with 30-40kn winds forecasted and temperatures in the low to mid-teens behind the front. It certainly has some warning bells attached to it at the moment.” 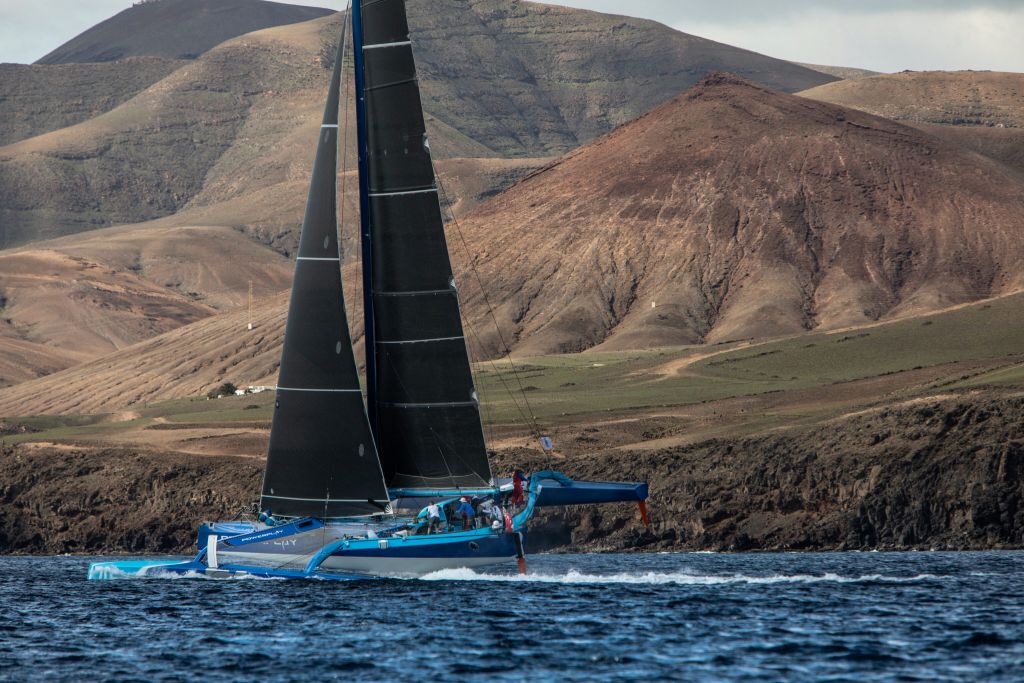 America’s Cup and 52 Super Series navigator Marc Lagesse is racing on German Botin 56 Black Pearl with Stefan Jentzsch at the helm. The crew are highly experienced with over 40 Atlantic races between them. Black Pearl is one of a trio of Botin designs that are expected to have a rare and exceptional battle across the Atlantic. Maximilian Klink’s Swiss Botin 52 Caro, David Collins’ British Botin 52 Tala, and Black Pearl is a contest to savour. 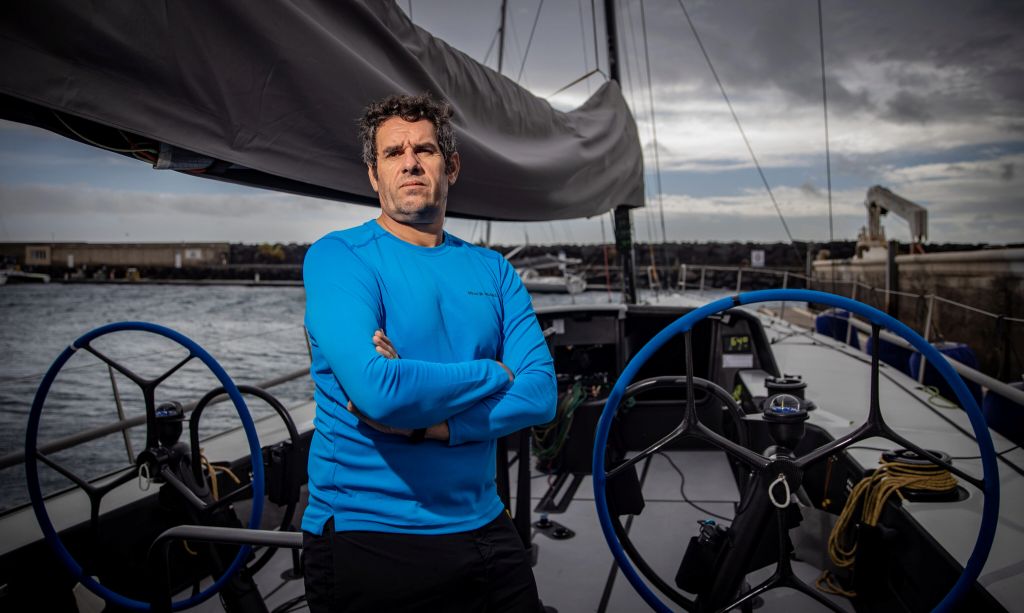 Marc Lagesse – Black Pearl: “The short answer right now is north, but two days ago it was south. Yesterday it was 50/50 and now it’s north. The situation is very fluid and changing daily. North will be punchy, uncomfortable and cold. So, I am not too keen on that decision (he jokes). We are in a dog fight with Caro; she is very similar to Black Pearl in design, also with water-ballast and sailed by a crack crew. Tala will be very well sailed too. On the water we are bigger and should have an advantage, however they rate very well. The same goes for Tala in terms of size and rating. To a large degree we will not let other boats influence us, but once we get out there and the race develops, the scenario may change that strategy. The calibre of the competition means that if they do something different, we will need to understand why.”

Organised by the Royal Ocean Racing Club, in association with the International Maxi Association (IMA) and the Yacht Club de France. The eighth edition of the RORC Transatlantic Race will start from Lanzarote on Saturday 8th of January 2022.

For full coverage of the RORC Transatlantic Race, including race updates and stories from the teams, follow the Royal Ocean Racing Club on Instagram, Facebook, and Twitter. For regular updates including satellite tracking go to: www.rorctransatlantic.rorc.org