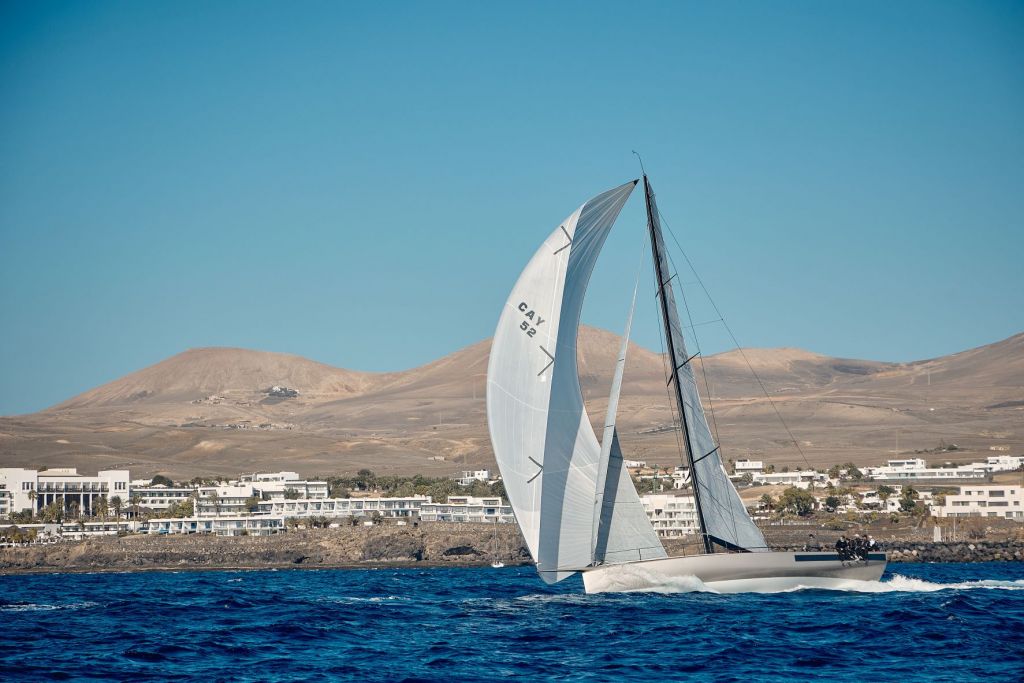 The first big play in strategy for the RORC Transatlantic Race is due to come in the next 24 hours with a low-pressure system, emanating from Nova Scotia, forecast to disrupt the northeasterly trade winds and impact the race course. The teams are currently positioning for what will happen in the future.

For the leading boats, the key decision is when to gybe west; Go too early and the wind will decrease, go later and there is the possibility of 40-knot headwinds and big waves. For the mid-fleet and boats at the back, the strategy is different; Some have opted to go north, sailing more miles, but hoping for wind. Other teams have lined up to race south, sailing fewer miles but in predicted light airs. Generally, weather forecasts for the Atlantic are very precise, but there is a huge variety of boats in the RORC Transatlantic Race and the correct tactics can vary enormously.

Peter Cunningham’s MOD70 PowerPlay (CAY) leads the race having covered 569 miles in the first 24 hours. Jason Carroll’s MOD70 Argo (USA) is 24 miles behind PowerPlay with Giovanni Soldini’s Multi70 Maserati (ITA) in third, 48 miles behind the leader. PowerPlay is the most advanced of the three in terms of a westerly direction, but is also positioned to the south of the group, which slightly exaggerates their lead. 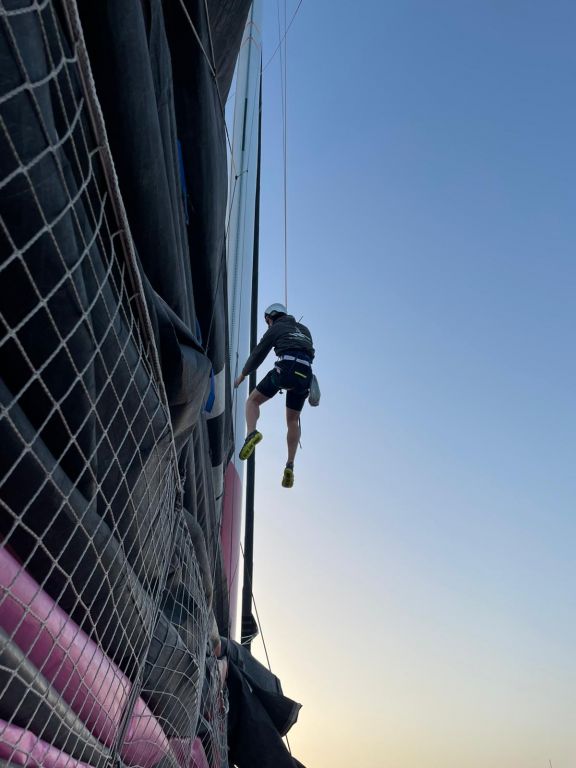 A pack of three multihulls is now west of Funchal and taking a more northerly route than the leaders. Antoine Rabaste’s Ultim Emotion 2 reported that they had to go into the lee of an island to fix an issue with their main halyard (see photo, left), but the team are back in the race and going well. Gunboat 68 Tosca (USA), co-skippered by Ken Howery and Alex Thomson is going well. Crewman Patrick Condy reports:

“Settling in well and speeding along. Ken Howery leads the max speed score - 26.1 knots! Not super warm onboard and only getting colder further north.”

The 100ft canting keel Maxi Comanche (RUS) has blasted into a lead of over 60 miles in the monohull fleet. Comanche covered 448 miles in the first 24 hours, well inside race record pace. Further north than Comanche, Volvo 70 L4 Trifork (DEN) is locked in a battle with Volvo 70 I Love Poland (POL). Both teams have been recording speeds of over 20 knots.

Max Klink’s Botin 52 Caro (CH) is leading, but only just. The Botin 56 Black Pearl (GER), helmed by Stefan Jentsch, and David Collins’ Botin 52 Tala (GBR) are in 50-foot fighter formation, smashing through the Atlantic surf on a broad reach. There is no doubt that the grins on the crew are wider than the distance between these three. After IRC time correction, Caro leads the class and the race overall, but it is very early in the race to make any predictions.

A strong difference of opinion has caused the first major play in IRC One, with the fleet split on the decision at Tenerife. Ross Applebey’s Oyster 48 Scarlet Oyster (GBR), Jacques Pelletier’s Milon 41 L'Ange De Milon (FRA) and Richard Palmer’s JPK 10.10 Jangada (GBR) are lined up to race over the top of Tenerife. Meanwhile Andrew Hall’s Lombard 46 Pata Negra (GBR) leads a group of boats lined up to race south.

The north looks to be the winning call so far, as the group have enjoyed good breeze. The teams west of Tenerife look to have stalled in the wind shadow of the island. However, the long-term strategy may still favour the southerly boats, as Chris Jackson explains from on board Pata Negra:

“Looking at the extreme north track, it seems to us to be very uncomfortable and also risky on getting a route south later in the race, of course this could change. We are sticking closer to the rhumb line, which will hopefully give us a better route south later.” 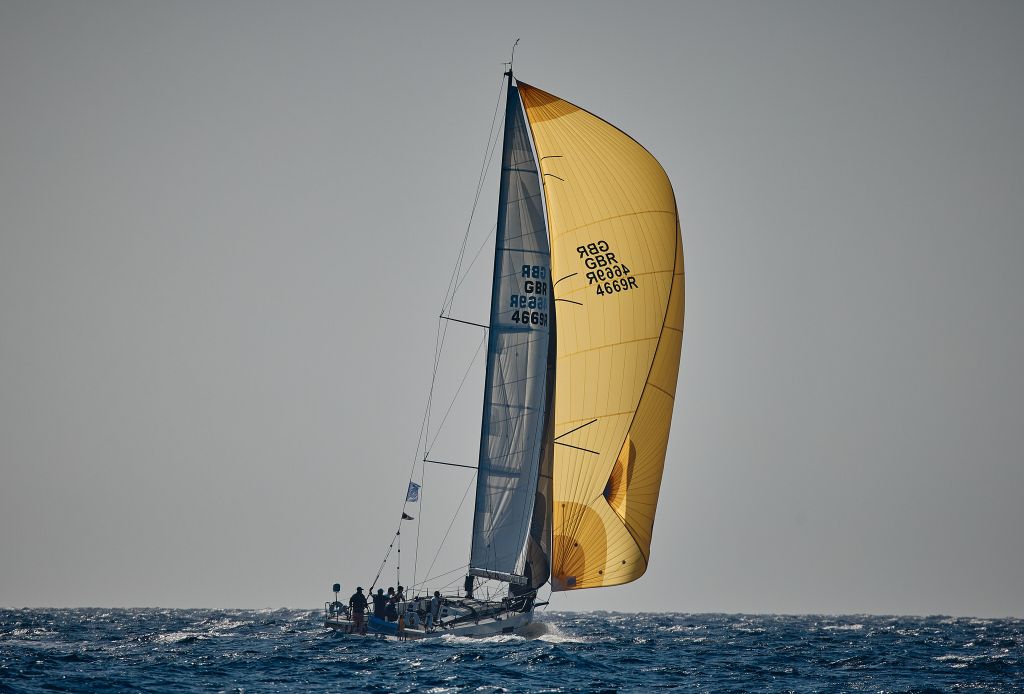