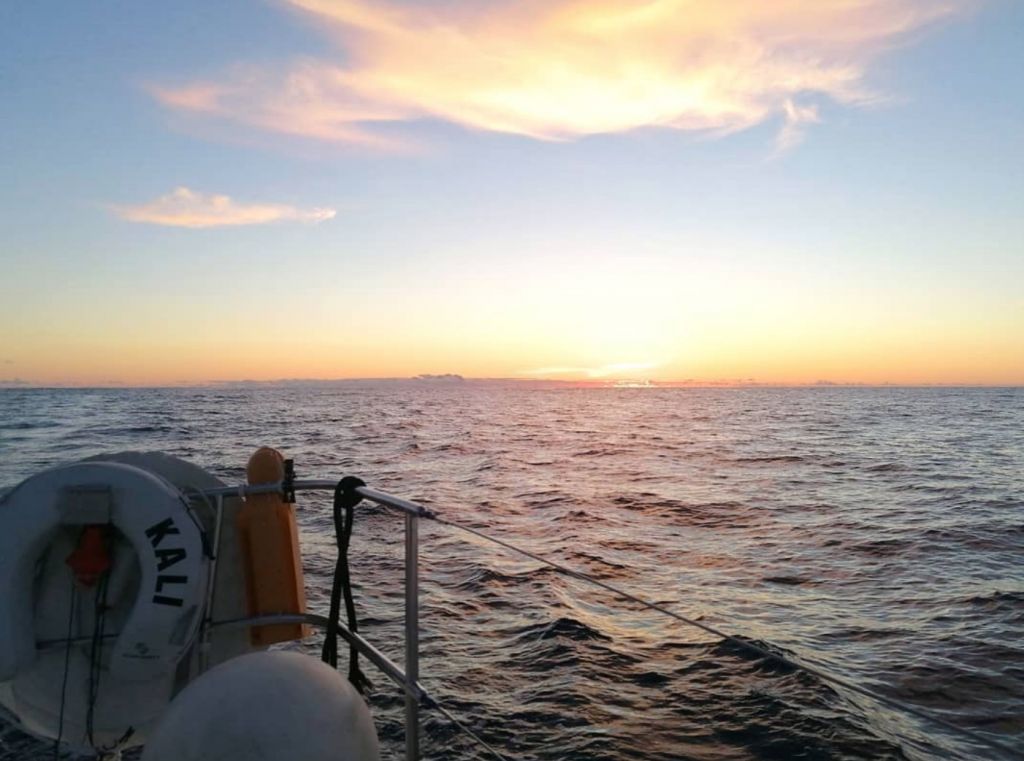 Benedikt Clauberg’s First 47.7 Kali is the most northerly boat having continued to race west, whilst Sebastien Saulnier’s Sun Fast 3300 Moshimoshi has taken a south-westerly course. Two days ago, Kali and Moshimoshi were the same distance from the finish. However, Kali’s tactics has paid off with a 16-mile gain over Moshimoshi.

Tim Knight racing Two-Handed aboard his Pogo 12.50 with his wife Mayumi have fallen behind the competition. However, Tim contacted the RORC Race Team to report: “All is well on board… Still windy and rolly, but getting better; listening to music in the sun…not such a bad place to be!”