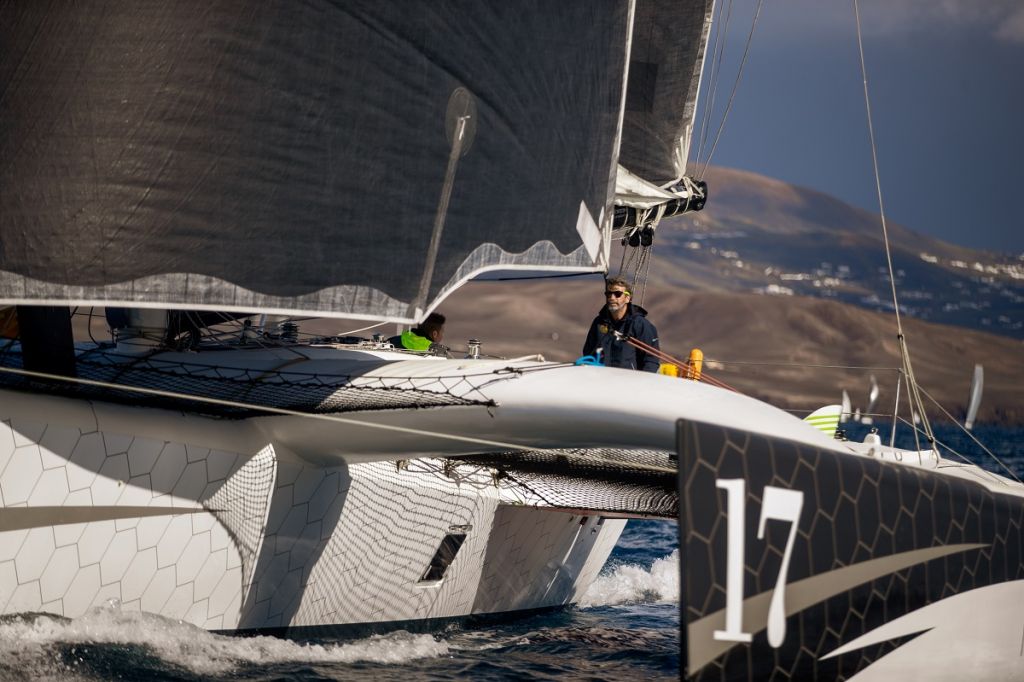 On the fifth day of the RORC Transatlantic Race all of the competing yachts are fully offshore in the Atlantic Ocean. Life on board will have found a rhythm to the corkscrew motion of surfing downwind for days on end. Oren Nataf’s Multi50 Trimaran Rayon Vert, skippered by Alex Pella is leading the fleet and they will be celebrating having crossed the halfway mark in the 2,735-mile race from Lanzarote to the Caribbean. Rayon Vert’s skipper Pella is very much at home in the Atlantic. The Spaniard has won both the Route du Rhum and the Transat Jacques Vabre.

Olivier Magre’s Class40 Palanad 3 is the leading monohull, 18 miles ahead of Johannes Schwarz’s Volvo 70 Green Dragon. The leading boats in the RORC Transatlantic Race are hundreds of miles south of the rhumb line. High pressure has pushed the ENE trade winds further south and the front runners have raced the additional miles to hook into the bigger breeze to maximise their velocity made good (VMG). 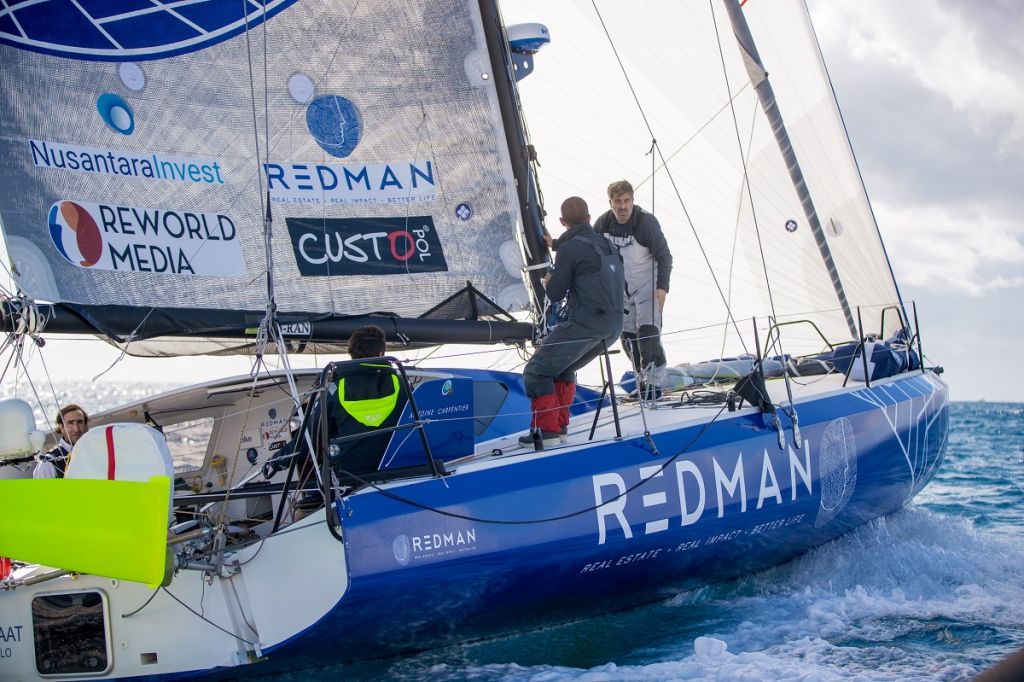 Third in the monohulls is Antoine Carpentier’s Class40 Redman; currently 114 miles behind Palanad 3 when they contacted the RORC Race Team: “Everything is going well. We have solved a problem with our starboard rudder and everything is working normally. We spent most of the nights gybing and changing sails. Now the weather is better- it’s a good time to get back in the kitchen.”

Just in from Redman: It’s been a tough day so far. We have had many squalls in our way which change the wind direction and force every time. We have done some gybes to make the most of them. Hopefully we can make up some miles on Palanad! Life is good on board with champagne sailing conditions and many miles done. We are enjoying our battle with Palanad since we left Lanzarote and these Class40s are great boats for these kind of conditions.

Palanad 3’s Olivier Magre commented via satellite link: “All is well on board and much calmer than the first 48 hours. We did have an issue with the spinnaker when it fell completely into the water, but there is not too much damage and Luke (Berry) has been up the rig to untangle the halyards. The atmosphere on board is very good. We have to be careful of the squalls because the trade winds are quite active.”

The performance cruisers racing in IRC are positioned further north. For these boats the strategy for maximizing VMG has produced a different tactic. Racing further south does not improve their speed enough to warrant the extra miles. Benedikt Clauberg’s First 47.7 Kali and Sebastien Saulnier’s Sun Fast 3300 MoshiMoshi maybe over 100 miles apart on the water, but they are both approximately 2,000 miles from the finish.

Sebastian from Moshimoshi reports that life is good on board and that racing across the Atlantic has magical moments, such as visits from tropical birds who are also making their migration! 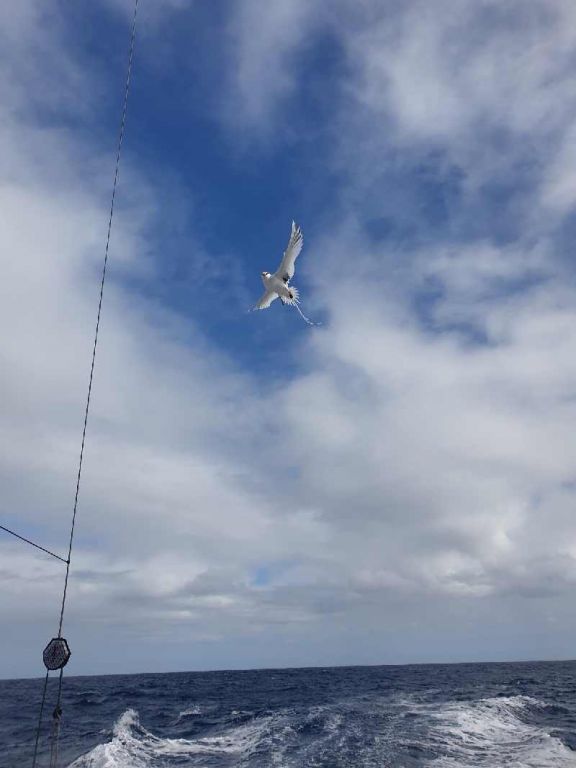 As previously reported, the IRC56 Black Pearl retired on January 10th. Black Pearl’s bowsprit had broken just west of the Canary Islands. The crew sailed back to Lanzarote unassisted, arriving on January 12th. The team are disappointed, but safely ashore and received a warm welcome from Marina Puerto Calero.